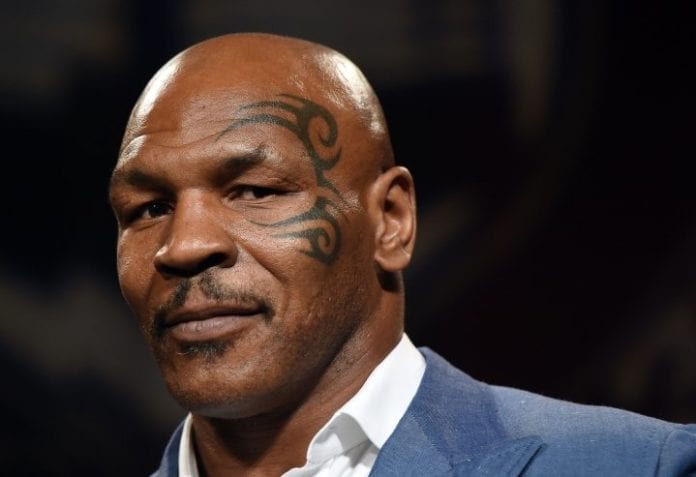 NRL greats Paul Gallen and Sonny Bill Williams could face off against former boxing champion Mike Tyson in the near future.

Leading sports promoter Brian Amatruda has offered $1 million to Tyson in hopes of bringing him to Australia.

Footage emerged last week of the 53-year-old hitting the pads for a training session in a terrifying spectacle. Close friend to Tyson and Australian boxing great, Jeff Fenech, told Wide World of Sports that Tyson could easily knock out recent world champion Deontay Wilder in a minute. Fenech believes Tyson would be up for an exhibition match.

Amatruda has nominated Gallen and Williams, as well as former AFL star Barry Hall, to come up against the former heavyweight champion in the ring.

"I'd hold it at Melbourne Arena where we'd get over 10,000 or even Princes Park where they got 30,000 for Jeff Fenech versus Azumah Nelson," Amatruda told the Daily Mail.

"He might be 53-years-old but he's still a huge name and any of those blokes [in] Hall, Gallen or Sonny Bill would jup at the chance to get into the ring with him.

"I'd make it part of a card with a world title for Tayla on it. It would be enormous. Not just a fight, it would be an event."

Amatruda noted the event would have to wait until after COVID-19 restrictions were lifted and a visa would be key. He confirmed he got in contact with celebrity agent Max Markson.

"The first thing I did was contact Max Markson and ask him to offer Tyson $1 million. Max brought him to Australia in 2012. He gets on well with him and his wife but the main thing is that he got him a visa to get into the country back then and that's key.

"We'd have to wait until the coronavirus shutdowns are over of course so the fight probably wouldn't be until early next year - as long as we can get the visa.

"The gave him one in 2012 and he was fine, he's a quiet family man now. He didn't cause any trouble then, so why shouldn't they let him back in?"