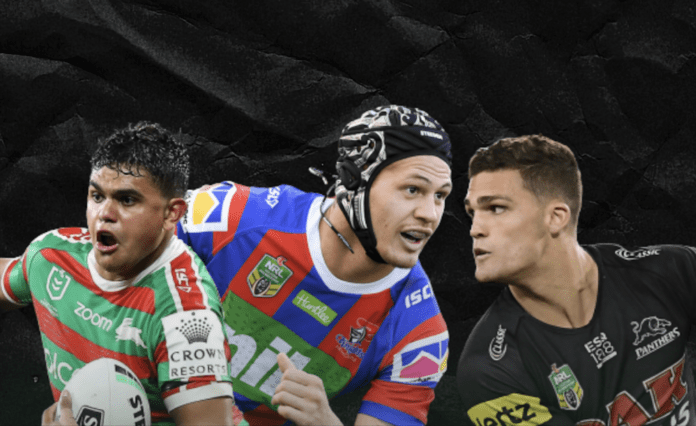 For supporters of some teams, scouring the ladder and consulting the fixture list can be a depressing task.

Underperforming veterans on large contracts, coaches in the firing line and heavy defeats will leave fans of any denomination blue.

If you fid yourself following a side with the aforementioned downfalls - fear not, we’re here to help shift your eyes to the future.

Our list is comprised of both players that are proven starlets and some that are beacons for the future. The criteria for the list that each player must be 23 or younger.

Numerous names fit our measures but have not been mentioned, as this is a judgement on a team’s stable of youth.

Here are the eight NRL teams with the best young talent.


The Sutherland side would undoubtedly been higher on this list if Bronson Xerri was fit for selection.

Despite this, the Sharks boast a trio of names that more than fit our criteria.

Heading the pack is 23-year-old Jesse Ramien. Since his return to the shire in 2020 after a stint in Newcastle, the Cronulla centre has scored seven tries including doubles in rounds 4 and 10.

With a contract until the end of the 2022 season, Sharks fans can look forward to young hooker Blayke Brailey budding before their eyes. The 21-year-old has played every game this season and crossed the try line in three consecutive weeks across June and July.

Having only been selected in first grade twice this season, Billy Magoulias may be a name that has slipped people’s minds. But with the second rower highly rated by the club and still only 23, he makes our list.

SYDNEY, AUSTRALIA - MAY 20: Bronson Xerri of the Sharks passes the ball during a Cronulla Sharks NRL training session at PointsBet Stadium on May 20, 2020 in Sydney, Australia. (Photo by Ryan Pierse/Getty Images)
BackNext