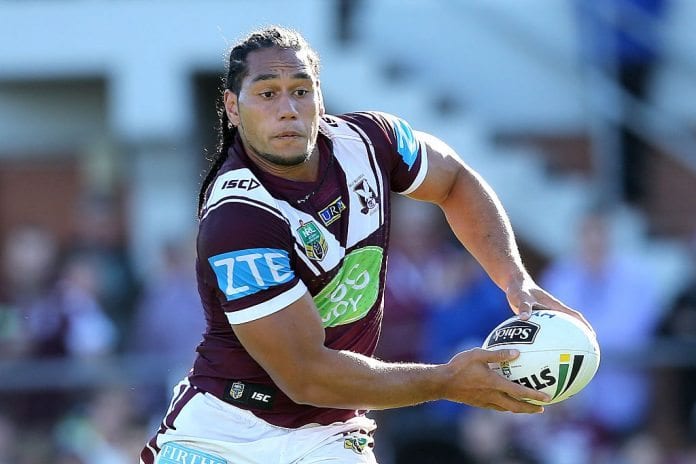 There can be very few Manly fans out there capable of putting a positive spin on their club’s 2016 season as a whole.

Seven wins, a 13th placed finish and four wins outside the eight, Manly’s 2016 was a disaster, and in no way resembled the new era that fans were expecting after a brilliant recruitment drive.

Trent Barrett was given the reins and a side containing the likes of Cherry-Evans, Stewart, Lyon, Matai, Taupau, Myles, Walker and the Trbojevic brothers.

For a club that has enjoyed so much success for the past decade, 2016’s efforts were both a shock and completely out of character.

Despite the names changing over the years, one thing has remained constant at Brookvale, and that is the dominance of Manly packs.

The names Watmough, Stewart, King and Kite were not names you wanted to see if you wanted an easy, bruise-free night as an opposition forward.

They may not have been the biggest names; Rose, Gower, Horo, Galuvao and Rodney are not names you are going to see in future immortal discussions, but when wearing the maroon and white Sea Eagles jersey, they weren’t often on the end of losing forward battles.

In 2016, Manly’s forward pack, and star-studded forward pack at that was soundly beaten far too often for their talented backs to create anywhere near the opportunities they needed to play finals football.

Nate Myles, although on the “wrong side of 30” was brought to the club to provide a big, experienced body to make plenty of tackles and metres, and provide leadership for the club’s younger forwards.

Martin Taupau, a genuine game-breaking forward with limitless potential, brought with his recruitment the aggression and offloading ability to win games.

Lewis Brown is a New Zealand international capable of playing big minutes. He was hugely misused during the 2016 season, shifting from centre to back row to hooker to bench utility.

Jake Trbojevic is a workhorse forward with impeccable defensive technique and the ability to find the try line. He will add plenty of representative jumpers to his recent four-nations experience with the Kangaroos.

Darcy Lussick and Brenton Lawrence are no mugs.

On paper, his was a formidable forward pack, possibly even better than the much celebrated forward packs of Manly’s recently grand final teams.

Unfortunately for Manly fans, it didn’t pan out as it was supposed to.

Nate Myles had a season that never looked like living up to the incredible standard he has set throughout his career.

Although he represented Queensland, his selection was based on loyalty and past brilliance far more than it was on NRL form.

Marty Taupau created some highlight moments and showed signs of the form that created such a buzz upon signing for his new club. Unfortunately his aggression, at times, got the best of him and his season was upset by stints on the sidelines.

Few will forget his sickening hit on Jack Bird that knocked the young centre for a loop and looked far worse than the one-week suspension it earned.

As previously mentioned, Lewis Brown was not allowed to settle into a role as Barrett made full use of his utility value, thrusting him out into the centres and into hooker with no rhyme nor reason.

Brown is a wide running back rower with plenty of ball-playing ability, creativity, speed and footwork. He doesn’t have the speed to hang with the NRL’s elite centres.

Incredibly, despite having two of the competition’s most exciting number nines on their roster, Brown was used in the hooking role far too often. Of course when Parcell and Koroisau were injured, Brown was a good option, but his best role is in the back row.

Jamie Buhrer, as he always does, played his backside off after returning from injury and will be sorely missed after heading north to Newcastle.

Jake Trbojevic had a monster season and earned his Kangaroo call-up. He is a future leader of the club and has a huge and successful future in the NSW blue.

Addin Fonua-Blake showed some signs of being a being capable first grader going forward. His career had stalled due to off-field issues, but 2016 may prove to be a life-changing year.

Darcy Lussick and Brenton Lawrence never let anyone down and were not expected to be match-winning, game-breakers like Taupau and co.

Trbojevic, Lussick, Fonua-Blake, Myles, Brown, Taupau and Lawrence will be joined by the massive Shaun Lane and will be given the task of laying the platform for the incredible talent in Manly’s backline.

As good as Tommy Turbo, Dylan Walker and Daly Cherry-Evans are, they can’t work miracles behind a beaten forward pack.

With four major internationals in Trbojevic, Myles, Brown and Taupau, fans at Brookvale can expect their big men to stand up and win plenty of battles in 2017.

They were hardly the only ones at fault in 2016, and it would be very unfair to single out any player, but Manly’s forwards need to be better, and more dominant in 2016.

Yes, they have been judged a little harshly, but only due to the immense talent within their ranks.

Many NRL forwards would make a great sacrifice to have a season like Tauapu did in 2016, but for the insanely talented Kiwi superstar, he is capable of much, much more.

If the Sea Eagles are to ensure that sides don’t leave the Northern beaches with competition points in 2017, it’s going to have to come on the back of their big men creating momentum and space for DCE and Turbo to run riot.

Josh Addo-Carr vs Xavier Coates: Who will have a better first...