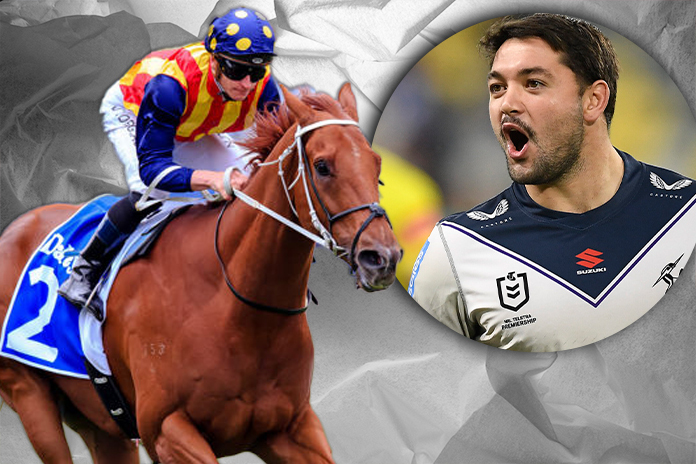 The Everest is fast becoming one of Sydney's, if not Australia's biggest feature races. And while punters across the country will be getting involved at Royal Randwick, there may be some of you more unfamiliar with the sport of kings.

So if you're looking to have a flutter but have no idea what to spend your hard-earned on, we have you covered.

Of course, if you're after a more thorough analysis of the race day, you can hear over to zerotipper.com for more detailed horse racing tips.

Both are consistently tipped as favourites. While Nature Strip has the legendary Chris Waller running the show, Melbourne Storm has Craig Bellamy. You could do worse than back these ever-reliable champions.

It's not the worst CV in the world but potentially out of its depth in this one. Cowboys fans might want to jump on the roughie Embracer paying $71. If it gets up then maybe there's hope for the Cowboys after all.

With some credible results in the past, the young Classique Legend is out to raise some eyebrows this Saturday. Similar to James Tedesco running the show at the Roosters, trainer Les Bridge has legendary jockey Kerrin McEvoy steering the ship.

Ah yes, Libertini. Always tipped for some sort of success with inconsistent follow-through, the bookies have tipped the 5-year-old mare at $34. Much like the Dragons' average 2021 season, Libertini has also had its struggles only getting on the podium once this year so far.

Churrrr the brothers. Just like the Warriors, Lost and Running is a New Zealand born runner, the only difference between the two comes down to success. Warriors fans can sit back and cheer on the homegrown talent.

Righto. Before you start getting your knickers in a twist, I'm not saying Home Affairs will take out the 2021 TAB Everest. Much like the current Penrith side, Home Affairs is a young colt at only 3yo. Plenty of class. though.

It'd be pretty hard for Eels fans to not get behind the blue and gold colours of Masked Crusader. With $10 odds and Tommy Berry riding the 5yo gelding, it wouldn't be a bad play.

Much like the Sharks' 2021 season, Gytrash has struggled with getting onto the podium, or in Cronulla's sake, the top 8. Just seems to be out of its depth now, despite once being up with the best.

Fairly similar to the Bulldogs, Trekking has struggled to cross the white line on top in 2021. Tabbed at $41, the roughie could genuinely surprise us all.

Tipped with reasonably good odds at $6.50, punters shouldn't write off the experienced 8yo gelding. If you're a Souths fan you love players with experience, as your side was full of them this 2021 season, and Eduardo fits the bill here.

At $41, Wild Ruler would be the most unlikely winner in the short history of The Everest. But Broncos fans should feel a connection to the rank outsider, and pray they can get Wild Ruler over the line. It could be the change of luck Broncos' fans need.

Despite sneaking into the top 8, the Knights are incredibly similar to The Inferno in regards to their consistency. As Italian football coach, Gennaro Ivan Gattuso, famously once said...