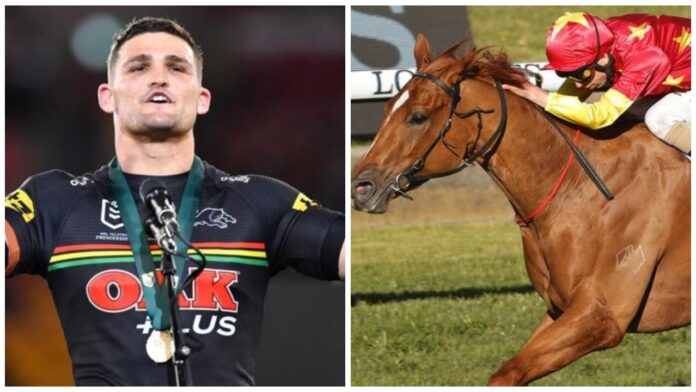 It's another solid day of racing at Randwick this weekend and if you're excited to have a little punt on the ponies, but don't know where you should place your money and don't want to do the form, this is the form guide for you.

We will give you a reason to feel connected to the horse you back, through your favourite footy team.

For a more in-depth look at this weekend's racing, head to zerotipper.com

This one is all in the name for Storm fans. No team in the NRL and arguably in the country across any code has proven its class more over such a sustained period of time. The horse itself may be a little out of its depth here but the name holds true for the Storm.

The red and white standout here for Dragons fans. St George fans may not have seen their team salute as much this year as they'd have liked, Mazu gives them a great chance to see the predominantly red with a hint of white get a win.

This is for not just one fan base but any that is willing to lay claim to it, should their team don blue. Looking at Bulldogs and Sharks fans mainly but Titans, Knights and Eels fans can sneak in here too if they want.

Penrith fans can look to Prime Star to bring them success this weekend, just as they did throughout the season. Nathan Cleary was just that, a star in his prime and he was a driving force behind the Panthers Grand Final win. Prime Star is almost the perfect way to describe Cleary at the moment so why not follow the tagline Penrith fans.

Manly fans could lay claim to having the best player in the number five jersey in the NRL with Reuben Garrick's unbelievable season. So why not celebrate their star winger by backing Five Kingdom? The number five has been good to Sea Eagles fans all year, and while this runner won't have the five on the saddle cloth, the name is enough to warrant a connection.

Roosters fans may struggle to find a runner in the tri-colours but we have found one for the fans of the Bondi club. Coastwatch is the runner Sydney fans can be on this weekend with the name connecting fans of the club that have a monopoly on the Bondi area.

There aren't many sweeter deals than that of Jason Taumalolo, with the star Cowboy earning a reported $950,000 this season alone. His lucrative contract doesn't expire until 2027 either, fair to say that's a sweet deal.