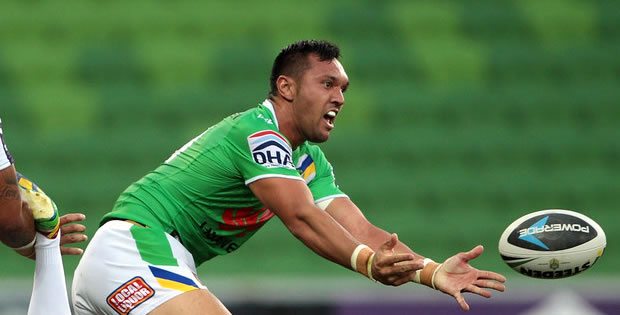 The Canberra Raiders will do all they can to re-sign fan favourites Jordan Rapana and Sia Soliola.

According to The Canberra Times, the Raiders are set to engage in talks with the duo to keep them at the club.

The Green Machine are also keen to lock away Michael Oldfield, but he may head elsewhere for more opportunities.

Raiders head of recruitment Peter Mulholland said Rapana and Soliola are the priority re-signings for the club.

“First priority will be resign Jordan and Sia,” Mulholland said.

Soliola is on the mend from a bad facial injury and could be back in time for finals, with coach Ricky Stuart not ruling him out yet for Raiders upcoming game.

After COVID-19 forced the Japanese rugby season to be suspended, Rapana said he’s loved his time at the Raiders and wants to remain at the club.

“My wife’s from here. She’s ready to pop and I definitely believe I’ll finish up here.

“I’ve got unfinished business here as well in terms of winning a comp here.

“The boys that I’ve played here with I’ve played with for almost six or seven years. It’s the icing on the cake, Canberra being my home away from home.”