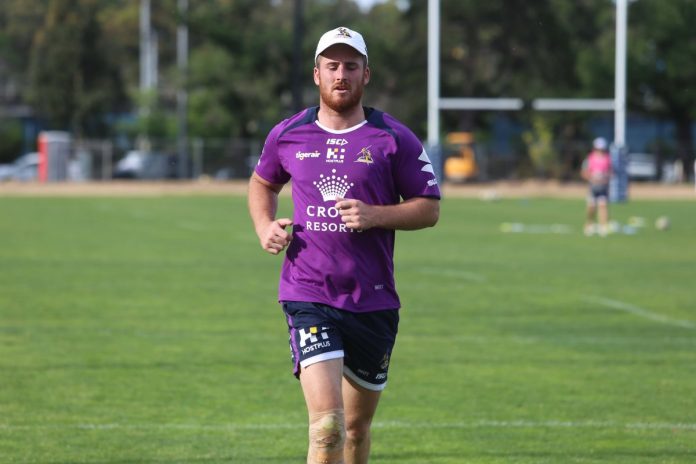 The South Sydney Rabbitohs have signed exciting young players Dean Britt and Jesse Arthars for the 2018 and 2019 seasons.

Britt, 23, is a second rower who has been a part of the Melbourne Storm’s under 20s and full-time squads over the past five seasons.

Britt represented NSW in under 20s and under 18s Origin series’ and played for the Queensland Residents team in 2017. Dean is the son of former Australian representative player Darren Britt.

Arthars, 18, is a fullback or winger from the Melbourne Storm system, who was the leading points scorer in the Holden Cup under 20s competition in 2016 and is part of the Storm’s under 20s leadership group.

Rabbitohs Head Coach Michael Maguire believes both players have their best football in front of them.

“We’ve been following Dean’s and Jesse’s growth as players for a while now and we believe, with hard work and dedication, that they can earn themselves a spot in our top 17 players,” Coach Maguire said.

“They are the types of players that will put everything into their football to be the best that they can be.

“They have both indicated that they are keen to join us to learn their trade from our senior players and to give their all in an effort to play first grade at our Club.

“We wish them both luck for the remainder of this season and we look forward to having them join us later this year.”