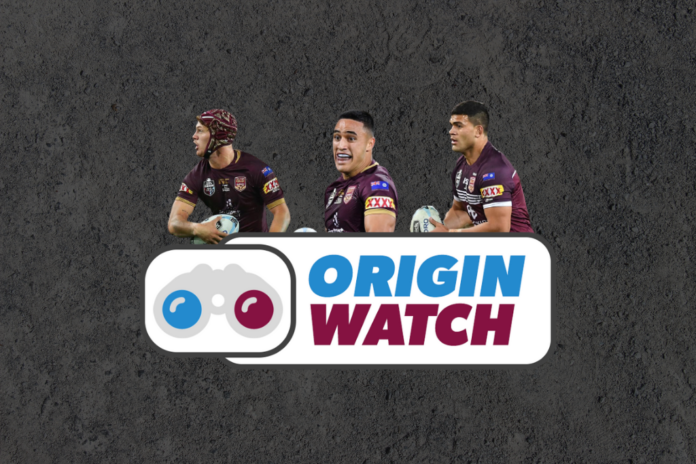 With QLD about to announce their squad for Origin one, below is the team I expect to be named. This isn't necessarily the side I would name.

After missing the series last year, Ponga will be chomping at the bit to return. He has missed a few games recently so there's a thought they may name Brimson, with Ponga coming off the bench, but I see Paul Green naming his number one number one.

Ponga will be tested under the highball but has the skills to literally win the game off his own back.

Coates' form has been up and down all season but his Origin efforts last year were impossible to ignore. He scored a magnificent try in Origin Two and I'd be shocked if he doesn't add to his tally in this upcoming series.

His height is a weapon that may actually affect the Blues selection.

An automatic selection. Dane Gagai is Origin personified. I honestly can't remember a bad performance at Origin level for the man people literally refer to as "Origin Gagai".

His Origin career is so very impressive, whether on the wing or at centre. First centre picked.

I'm a little worried about this pick as I see him moving to the bench. That said, I have no idea who will fill in here at centre for QLD. Brenko Lee isn't playing first grade, Corey Allan is injured and I can't remember AJ Brimson playing centre.

Capewell was a monster in Origin I at centre and has shown he can do the job.

Holmes can be in any form heading into Origin yet you still know he'll be in the top three players in the series.

His form at the Cowboys is much improved to last year, where he enjoyed a successful Origin return. I can't remember the last one-on-one battle Holmes lost on the wing in Maroon.

Arguably the first player picked. Munster LIVES for the big games. He's an absolute genius on the field and a HUGE character off it.

If you designed an Origin player from scratch, it's Munster. QLD's success depends so much on their star pivot.

Captained a young and inexperienced QLD side to a series victory last year and is looking a completely re-energised player since Tommy Turbo returned.

He's a big reason that Manly are absolutely flying right now. An Origin regular and honestly an easy choice.

With Josh Papali'i out, the Maroons need an experienced head to lead out the side. Arrow has been used primarily as a prop this year for Souths, given Cam Murray's dominance in 13, so he'll have no issues moving one spot closer to the middle.

May fulfill a similar role to his club role in that he may come off the bench.

Fitness is a worry given the fact he's missed so much footy this year, but Grant absolutely starred last year despite not playing for the Tigers in over a month.

He may play off the bench but I expect him to start with a utility named as cover. If he's not fit then Reed Mahoney is the man.

Welch will be one of the first players picked. He has become a huge part of the Storm set up and won't be leaving the QLD run-on side anytime soon.

He's one of the calmer forward options for the Maroons which should help them settle into the game.

An automatic selection. Kaufusi is a megastar at this level and helped guide his young side home last year.

Those south of the Tweed absolute revile the Storm star. He loves it. He thrives off it. I love to hate the wide running weapon. He'll play 80, unless sinbinned.

The wrecking ball. Fifita is QLD's X-Factor, and if on his game will be the go-to out wide.

I imagine he will target whichever half lines up opposing him. He will get the ball early and often and I would expect him to be the game's leading tackle breaker for the forwards.

Tino has had a monster season and has easily retained his spot in the 13 for the Maroons. He was one of the state's best in 2020 and has a huge role to play again.

Look for a damaging 25 minute stint to get the Queenslander's on the front foot early.

Has found himself coming off the bench for his club side, the Titans, and I expect him to fulfil a similar role come Origin One.

Look for a 15-minute burst before half-time with Cook and Cleary/Luai likely to be his main targets in defence.

The Maroons could name a number of options here however for mine they need a middle man and Darren Lockyer has spoken about his love for the Broncos prop.

He finds himself with a big opportunity to nail down a spot with Lindsay Collins out for the season.

With Collins out through injury, Su'A comes in ahead of Jarrod Wallace. Fifita and Kaufusi will likely play the entire 80 minutes but Su'A can fill in as a middle forward.

Will play lock once on the field.

I 100% would name AJ Brimson here, however injury and lack of match fitness for Harry Grant will mean the cover in the number nine is required.

You could go Ben Hunt here but surely it's time to reward the super in-form Parramatta rake with an Origin jersey.