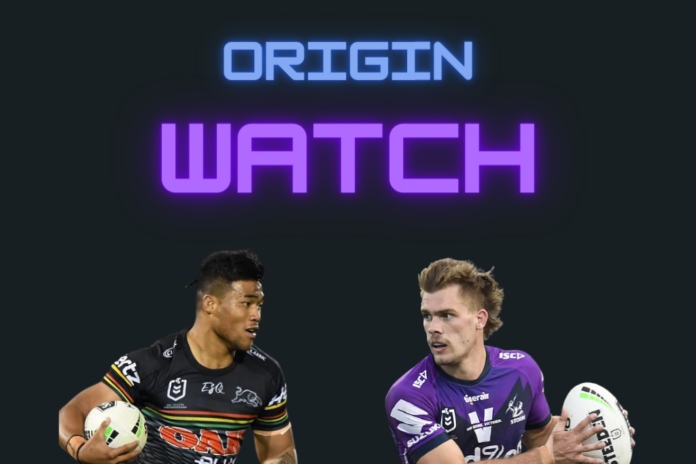 Will all due respect to the NSW Origin team who ran out last year, there needs to be changes. Some forced through injury, i.e. Boyd Cordner, and some through form.

The halves and forwards are the main talking points, with a different forward/bench combo across each predicted side.

Freddy may stay loyal to his experienced players, however I believe there will be at least two debuts come Origin I.

Below are a list of a few players I either expect to be on the team-sheet or at very least in very serious discussions.

In my view the Panthers wrecking ball is an absolute must when it comes to selection. He's one of the form wingers of the competition right now.

The 22 year-old is averaging almost 250 metres per game and has 65 tackle breaks across 10 NRL games. The Blues need all the firepower they can to cart the ball out of their own end.

To'o returns the ball like his life depends on every single run. There's also the likely combination with his Panthers halves.

Another almost must-pick is the red-hot Panthers number six. The obvious advantage this poses is it allows the undefeated Panthers halves combination to come straight into Origin.

Luai's numbers are well above both his closest rivals in Cody Walker and Jack Wighton. 12 try assists, 13 line break assists, nine forced drop outs and a try across ten games is Origin form.

Surely now is the time to call on the in form six to partner Cleary.

Injury may rob us of a debut that came oh-so-close to happening in the decider last season. Talks off Papenhuyzen displacing James Tedesco are way off the mark, however the Storm firebrand may find his way onto the bench.

His speed and footwork could cause havoc in the middle. If he catches a tiring forward, shut the gate. As he showed in the Grand Final, he is up to the big games.

Concussion may be the only thing that stands between the Storm number one and a debut in Game I.

The NSW pack was handled across two of the three games last year. It's no coincidence that the one game they bodied the Maroons in the middle was the game they won with minimal fuss.

If the Blues are looking for explosive, powerful forwards who can both bend the line and create second phase play, then TPJ is your man. I have no doubt that Pangai Jr would have a closet full of Sky Blue jumpers by now had he declared for the Blues.

With rules constantly changing, he looks available for the 2021 series. Can you imagine him coming off the bench 25 minutes in? Sign me up!

Another forward option comes in the form of Roosters star Victor Radley. Another who would have had a handful of jerseys already had he been available (injuries) Radley offers utility value that few others can match.

If the Blues are in any way worried about Cook at nine, Radley can come on and play dummy half. He also had the ability to play out wide or in the middle.

I'll be shocked if Radley isn't in the squad. I'm not sure he's in the frame for Game One but I'm confident he'll play at some stage during this series.

A third option comes in the form of Panthers wrecking machine Liam Martin. His performances off the bench this season for the Panthers have been destructive. I have no doubt he can bring that to the Origin level.

His effort this past weekend against a more-than-handy Titans pack showed he is at that level. He absolutely battered everyone in his way in a brilliant 64 minute shift. He has the aggression to start, however I believe is far more likely to enter the fray from the bench.

Of course we could name 20 players who could potentially play Origin, however those listed above look the most likely at this stage.

With Cordner out, Angus Crichton looks set to step into the starting side and fill his massive shoes. That opens up at least one spot from the interchange bench.

We could see multiple players make their debut following the first 20 with three massive options listed above.

Let us know below who you believe who, if anyone, should run out in their first Origin appearance for the Blues.