The Gold Coast Titans and Newcastle Knights were the latest two clubs to hit the trading room this week, with Greg Marzhew and Chris Randall involved in a swap.

The moves will see Randall head to the Titans, where he will likely play second fiddle to Sam Verrills, who was signed from the Sydney Roosters during the off-season.

With Aaron Booth to miss the entire season after a gruesome knee injury sustained at the back end of 2022, and Erin Clark becoming a lock forward, the Titans' need for a second dummy half was apparent.

Marzhew, on the other hand, will head to the Knights, with the men from the Hunter losing Edrick Lee to the Dolphins ahead of the 2023 season after he spent most of the 2022 campaign lining up on the wing.

Enari Tuala is the only other realistic competition within the set up at the Knights, meaning both players could well work out heading in the opposite direction.

But who won the trade?

That's the exact question we posed to our Zero Tackle team this week.

Just like the Klemmer/Hastings trade, the Knights have won this by the narrowest of margins.

It depends if you like to play a game of 'what if', because what if Jayden Brailey picks up yet another long-term injury at Newcastle? The next cab off the rank is young Temple Kalepo, meaning blokes like Kurt Mann and Tyson Gamble would be forced to jump into the role if Brailey were to be sidelined.

Randall won't see much first-grade at the Titans initially, splitting time between Queensland Cup and the No. 14 jersey. He's solid, reliable, but he won't be the man creating the match-winning play, and he certainly won't be jumping Sam Verrills in the queue for a starting spot.

The biggest aspect of the Randall acquisition is that the Titans can shuffle their pack now into something even more exciting. Having a new back-up hooker allows Erin Clark to move full-time into lock, where he'd flourish in the modern day game, and push Tino Fa'asuamaleaui into the front-row. 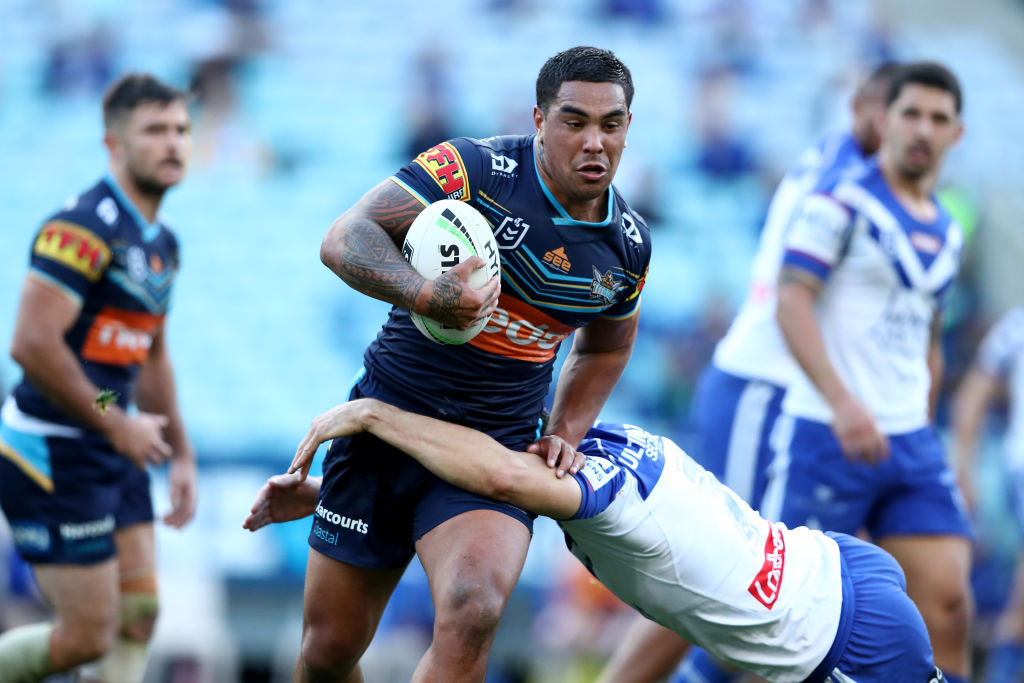 At the end of the day, Newcastle have traded someone set to (barring injury) spend the vast majority of the season in NSW Cup for a hulking winger that could be the NRL side's leading try-scorer at the end of 2023.

Expect him to start on the left wing, beating out Enari Tuala, just as the Knights have beat out the Titans here - but only just.

I'm not for a moment besmirching the abilities of Greg Marzhew, I've been a fan of his since he was in under-20s. But there's no way that the Titans haven't won this trade when you consider what each new recruit brings to their team.

The Knights are now short at dummy-half. Should Jayden Brailey suffer another long-term injury, they're bereft of a genuine back-up option. Randall played 17 games for them last year, and played well.

Yes, they have Brailey and Kurt Mann is a handy utility, but by losing Randall and not offering a contract extension to talented youngster Luke Huth, they're now in deep trouble positionally in terms of the key roles on the field.

Meanwhile, the Titans have addressed an actual need and have gone from having tentative dummy-half options in Erin Clark and Sam McIntyre to being completely secure in the role thanks to Sam Verrills and Randall. Verrills will hopefully avoid the wide variety of injuries that have plagued his career so far - but at least the club is prepared. Combine that with the experience they've brought in with Kieran Foran, as well as the hard running of David Fifita and Beau Fermor, and the Titans are giving the impression of a team that knows what it needs to do to play to their strengths and improve after a disastrous season.

The Knights gain a damaging outside back, but given they're desperately chasing a fullback and have lost some pack experience with the departure of David Klemmer and Mitch Barnett, it doesn't seem like it gives them anything they actually need for the challenges ahead. They also have Enari Tuala - so while Marzhew is certainly a talented addition, it's one the Knights didn't really require.

For mine, the Knights come out on top in this trade.

Randall has always been an honest competitor and has served as a very suitable back up option to Jayden Brailey, but he is yet to prove himself as a genuine starting option who could put pressure on Brailey for his spot.

The same will likely be the case when he moves to the Titans, with Sam Verrills a criminally underrated dummy half.

You have to remember that Verrills was part of the Roosters 2019 premiership campaign after Jake Friend's injuries.

He hasn't been quite on the same level since then, but to go from the long-term solution at the Roosters to replaced by Brandon Smith in three years will sting, and leave him with plenty to prove.

The only real question for the Knights over letting Randall go is where they stand on the back up dummy half front now, but youngster Kobe Rugless in the development squad will likely come on in leaps and bounds in the next few years, while roster spots also remain for 2023.

Marzhew, on the other hand, goes to a Knights team who were looking for a replacement for the departing Edrick Lee, who joins the Dolphins. 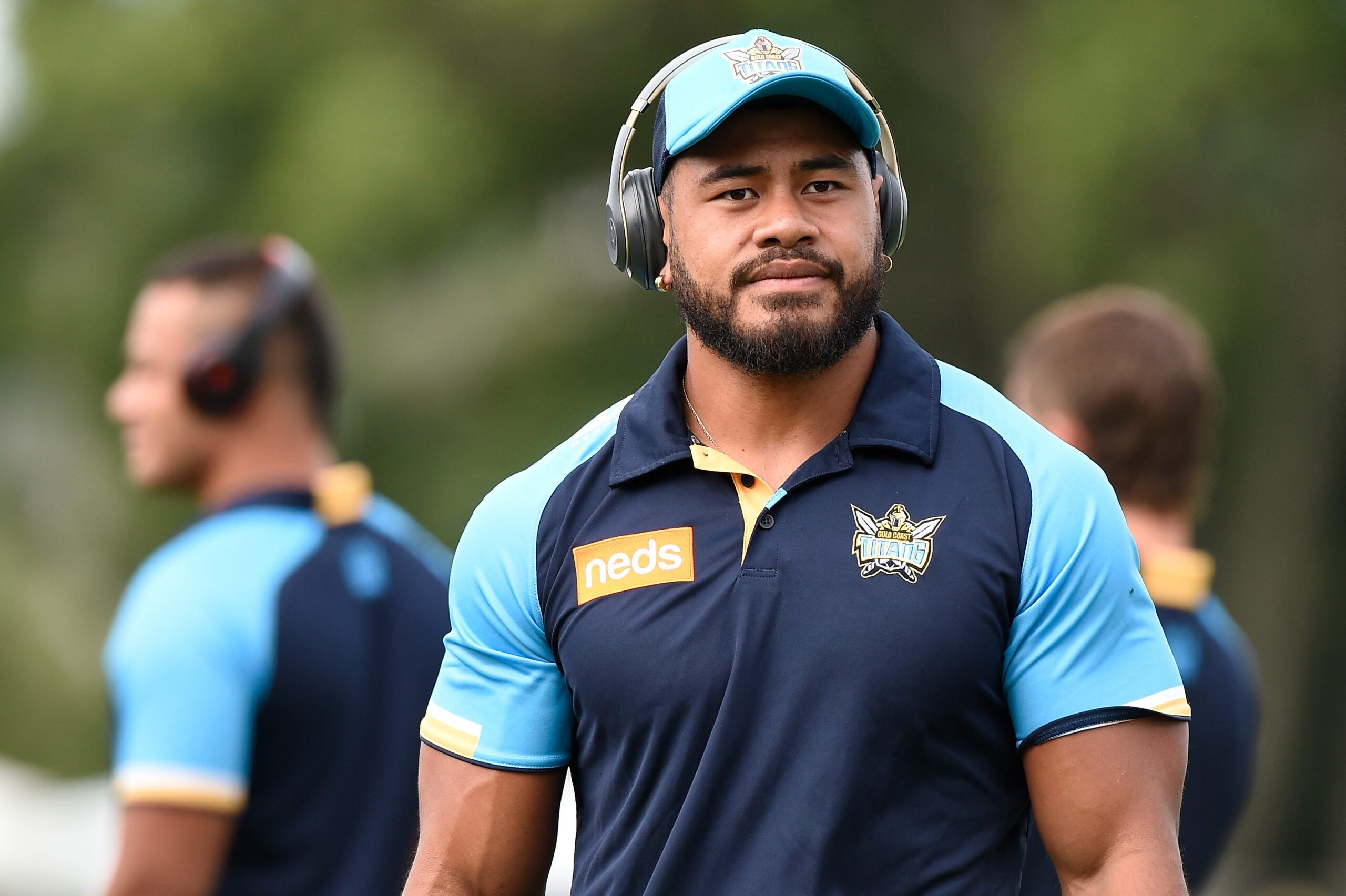 In a backline which will certainly feature Bradman Best, Dane Gagai and Dominic Young, it now means Marzhew likely takes the last spot away from Hymel Hunt and Enari Tuala, and while defensive deficiencies exist, his tackle breaking, hard running style is exactly what Newcastle need if they hope to break the shackles away from the terrible attacking team they have been over the last few years.

The Titans do win to an extent, because Randall will be an excellent back up dummy half option and allow Erin Clark to continue honing his craft at lock - a position he excelled in at the back end of last year.

But this goes to the Knights, provided Brailey stays fit, or the club sign another back up option in the coming months.