When it comes to breaking open an opposition defence in the NRL, there is little more important factor than that of dragging multiple defenders into a tackle.

Time and space are must haves for attacking creative players to go to work, and so the ability to drag a defensive line is key.

Luckily for footy fans, there is now the post-contact metres metric. This calculates the number of metres gained after a player has run into a defender and is in the tackle.

Maybe unsurprisingly, the list is absolutely dominated by forwards.

While two wingers in Brian To'o and Daniel Tupou have recorded the most post-contact metres in the competition and are vitally important to their respective teams in the Panthers and Roosters, that doesn’t mean they are the most efficient, although their stats are heavily distorted by a substantial tally of kick return metres. We are determining the most efficient by the highest percentage of post-contact metres out of a player's total run metres, while the qualifying criteria was that players must have more than 1000 post-contact metres across the course of the regular season.

Here is the detailed breakdown for the top ten, with a full list of players considered at the bottom.

All stats from NRL.com

1167 post-contact metres, 2854 total metres (40.890%)
Fa'asuamaleaui was one of the key off-season recruits, joining the Titans from the Storm, and he hasn't disappointed.

The forward, who can play on either the edge or the middle, has been outstanding from start to finish this season, letting his footwork and ball-playing skill become a focal part of the Titans' attack.

He has ended up scraping into our top ten with 1167 post-contact metres, tipping him over the 40 per cent mark and just ahead of David Klemmer, who was the first to miss out.

A near impossibility to tackle at times, Fa'asuamaleaui ended the regular season with 46 tackle busts and three tries, before also scoring in the finals against the Roosters as the Titans' season came to a close.

1123 post-contact metres, 2742 total metres (40.956%)
Kikau may have copped a demotion to the bench in the final weeks of the season, and during the finals campaign, but he is still playing big minutes for the Panthers.

And not only is it big minutes, but influential minutes.

The Fijian powerhouse made over 1100 post-contact metres during the regular season and barely had a bad game on the left edge. He does have a tendency to go quiet at times, but it's a case of good luck stopping him when he winds up.

1131 post-contact metres, 2740 total metres (41.277%)
Twal has been one of the Tigers' best this season, and is only one of four players on this list to feature from non-finals teams.

The bustling Tigers prop at times had limited minutes and played a role off the bench as Michael Maguire attempted to spark his struggling outfit, but Twal gave the same output on attack everytime he was on the park in 2021.

One of the toughest middle third players in the competition, what makes this stat so impressive is how much work he put into his defence.

Energy-sapping in the highest degree, it's difficult to understand how he had so much energy to bust tackles and run into the line like he did, but an unbelievable season should have him primed to lead the Tigers' pack in 2022. 1429 post-contact metres, 3434 total metres (41.613%)
Papali'i has been the revelation of 2021. Easily the NRL's most-improved player, he has gone from a depth signing at the Eels to possibly the best second-rower in the competition.

While Brad Arthur moving him to the middle third in the last handful of rounds made very little sense, Papali'i's stats didn't wane.

He has the second-most post-contact metres of any forward in the competition, and by a significant distance, while his ability to carve up opposition defences was uncanny.

It's little surprise that Mitchell Moses played his best footy when Papali'i was at his best in 2021.

Not the big name at the Roosters, he has been a consistent force in 2022, running hard and picking up a mountain of post-contact metres.

What is possibly most impressive about Liu has been his ability to play in the front row, at lock and in the second row.

There is no doubt the Titans have picked up a great signing in the shape of Liu for 2022.

1133 post-contact metres, 2687 total metres (42.166%)
Woods is the real surprise figure on this list. The Cronulla forward gets a bad wrap from NRL fans and punters as to his style, but the stats prove a lot differently.

When it comes to running the ball into the line, few do it better than Woods.

It comes down to his style and the leg drive he is able to create, which often leaves opposition defences needing more power in an attempt to stop Woods, let alone drive him back or to the ground.

He may not have a contract for 2022, but there are plenty of teams who could do worse than picking up Woods. 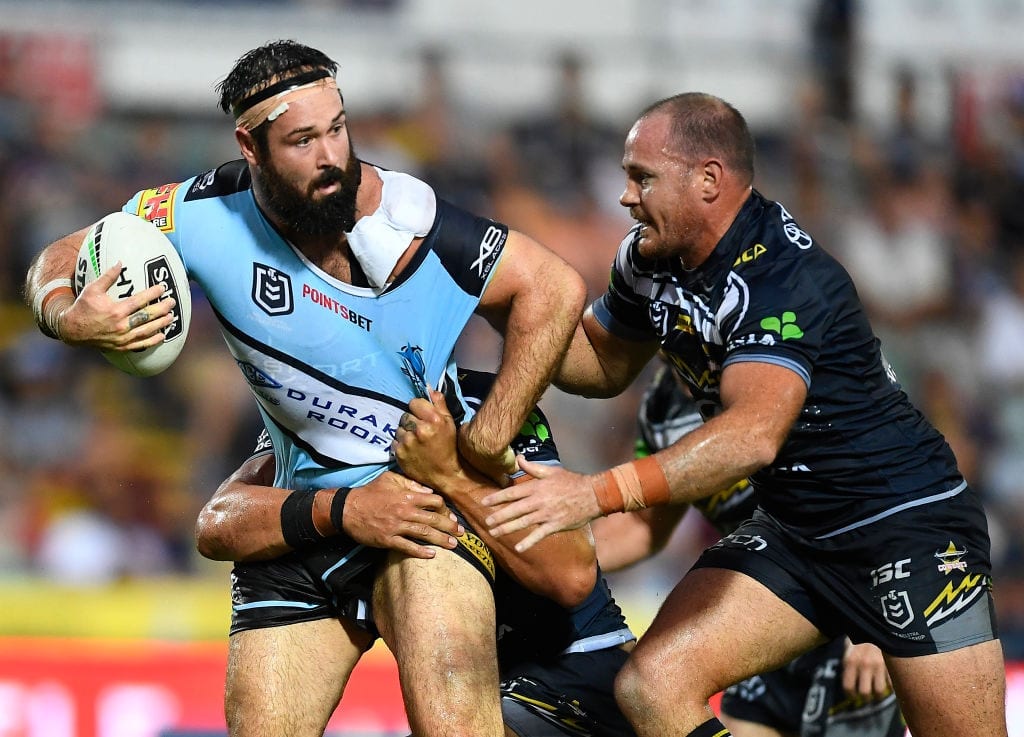 1138 post-contact metres, 2644 total metres (43.041%)
Lane has a monumentally large advantage when it comes to post-contact yardage - his height.

One of the tallest second-rowers in the competition and built like a human house, Lane is an incredibly difficult figure to tackle.

That's proven in other statistical areas, with a handful of line breaks and offloads.

While he only averaged a tick over 100 metres per game during the regular season, every carry was incredibly effective and he played a big role in Parramatta ending up in the top six.

Haas, who has already played for New South Wales despite his age, has more post-contact metres than any other forward this season, and with the third best percentage, it's clear to see he is putting his enormous frame to good use.

If you were picking a team to play for your life based on current form, Haas would be the first forward picked - of that there can be no doubt.

His prolific input, big minutes and incredible ability to break the line are just some of the key factors he brings, and he will be the key man in Brisbane's 2022 rebuild. 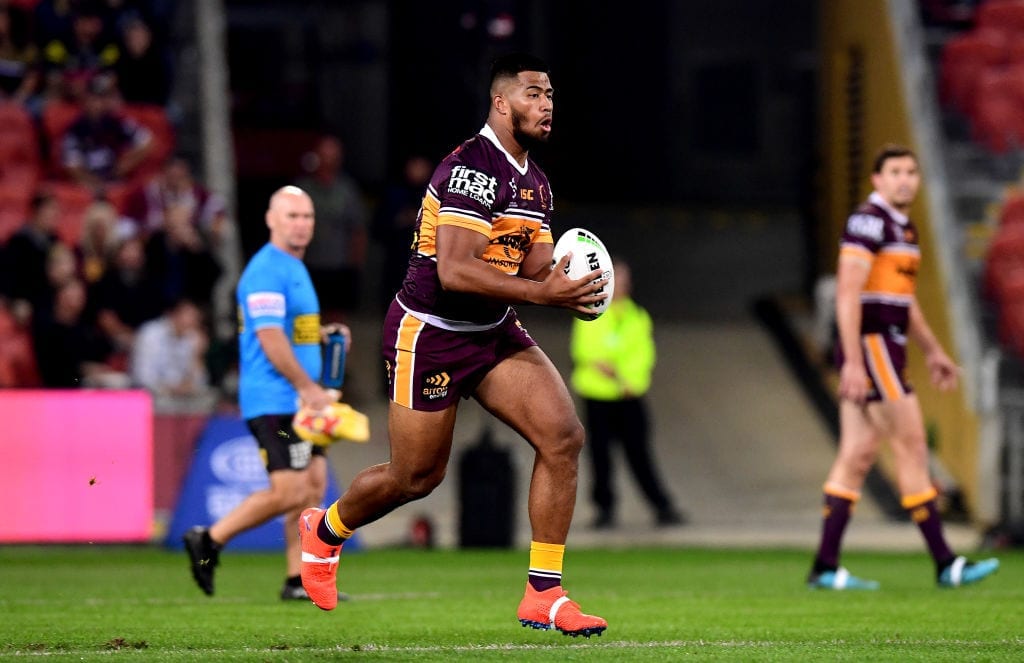 1191 post-contact metres, 2693 total metres (44.226%)
The South Sydney forward may be the second surprise name on this list, but his ball-running on the edge for the cardinal and myrtle has been simply stunning.

It's hard to argue 2021 has been anything other than a breakout year for the 23-year-old.

Almost 45 per cent of his running metres coming as post-contact yards show just how dominant he has been on the edge, and as part of the dangerous Rabbitohs edge, it's not difficult to understand why Latrell Mitchell, Damien Cook and Cody Walker have had oodles of time to work with on that side of the field in setting up Alex Johnston for a seemingly never-ending barrage of tries.

Fonua-Blake has been simply exceptional when it comes leading the Warriors' pack throughout the season. It's arguable to say no player was missed more than the star Manly recruit when he was out injured this year.

While playing all 24 games may not have had the Warriors making the finals, it certainly would have improved their chances of squeezing into the bottom of the top eight.

A tough nut to tackle, it's certainly no fault of Fonua-Blake that the side failed to come away with more wins. 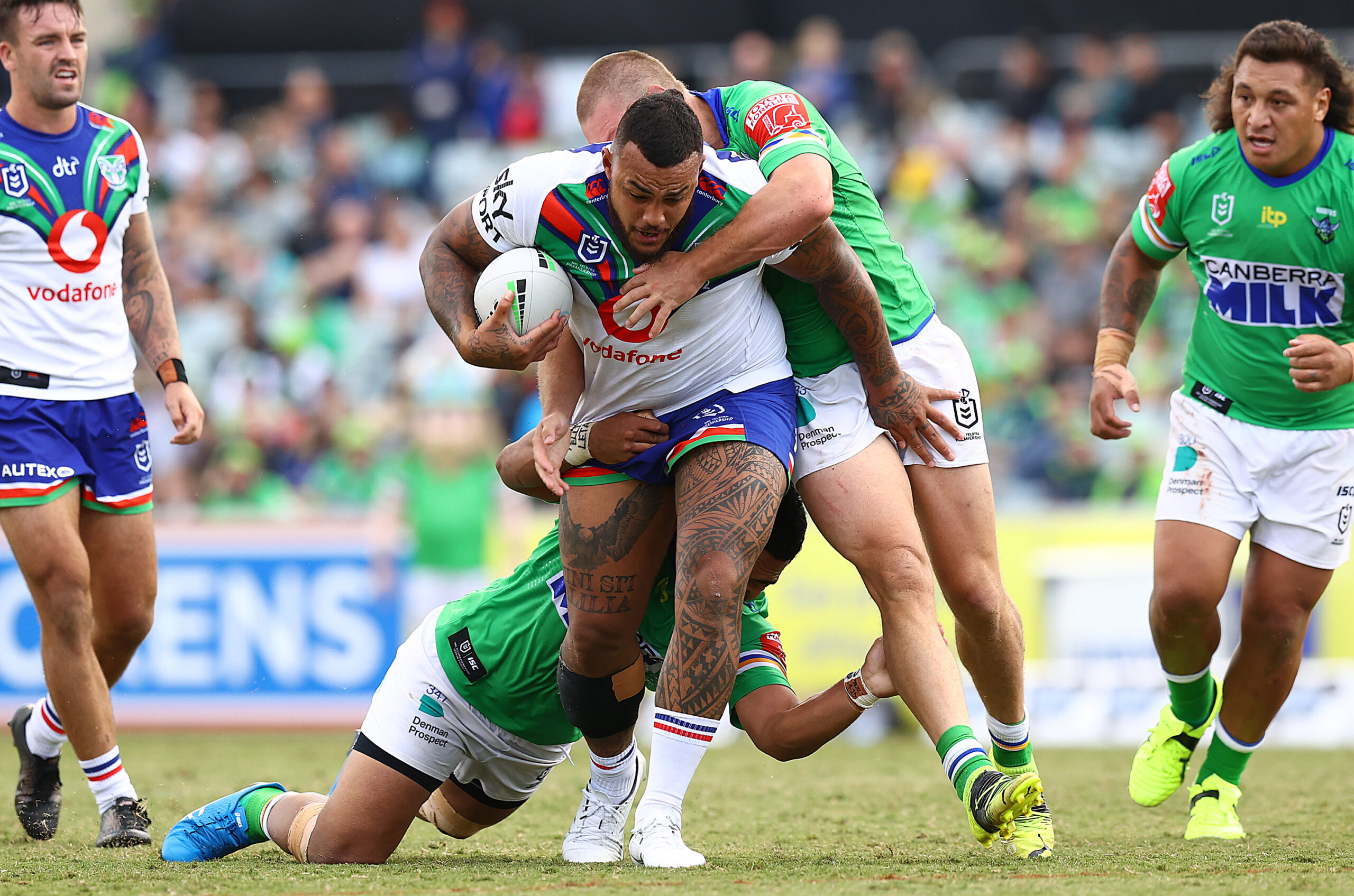