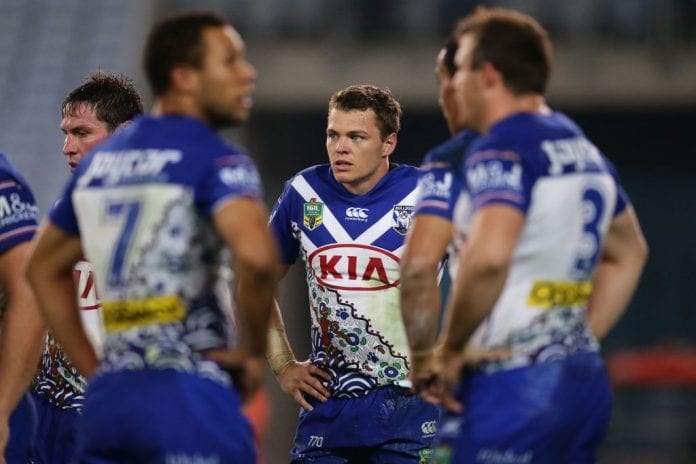 Wingers Kerrod Holland and Reimis Smith have extended their time with the Canterbury-Bankstown Bulldogs by both re-signing with the club.

24-year-old Holland, who was previously with the Newcastle Knights, has proven to be an excellent all-round winger and goalkicker. He made his First Grade debut last season in Round Two against the Penrith Panthers.

Holland has committed to the Bulldogs for another three seasons keeping him at Belmore until 2020.

In addition to Holland, the Bulldogs have extended the contract of another winger in Reimis Smith. The tall 20-year-old, who previously represented the Junior Kiwis and made his First Grade debut last season against the Raiders, has signed for a further two years.

Bulldogs Chief Executive Raelene Castle was pleased that the club had been able to keep two such talented youngsters.

"Kerrod and Reimis are two talented young wingers, who will add great depth to our squad in that position. Kerrod has shown what he is capable of at First Grade level already this year while Reimis is a player with enormous potential.

"We look forward to the continual development of both players in the coming seasons."