The Newcastle Knights have wasted no time in trashing speculation over suspended forward Mitch Barnett's future at the club.

Barnett, who is facing a six-week stint on the sidelines for a stray elbow to the jaw of Penrith forward Chris Smith during last week's loss, was this week heavily linked with a move to the New Zealand Warriors.

The firebrand forward, who can play on either the edge or in the middle has been a key part of Newcastle's starting side since he joined the club in 2016.

He has now played 115 games for the men from the Hunter, and while he isn't due to return until Round 10, it didn't stop the media suggesting his days in a Newcastle jumper were numbered. 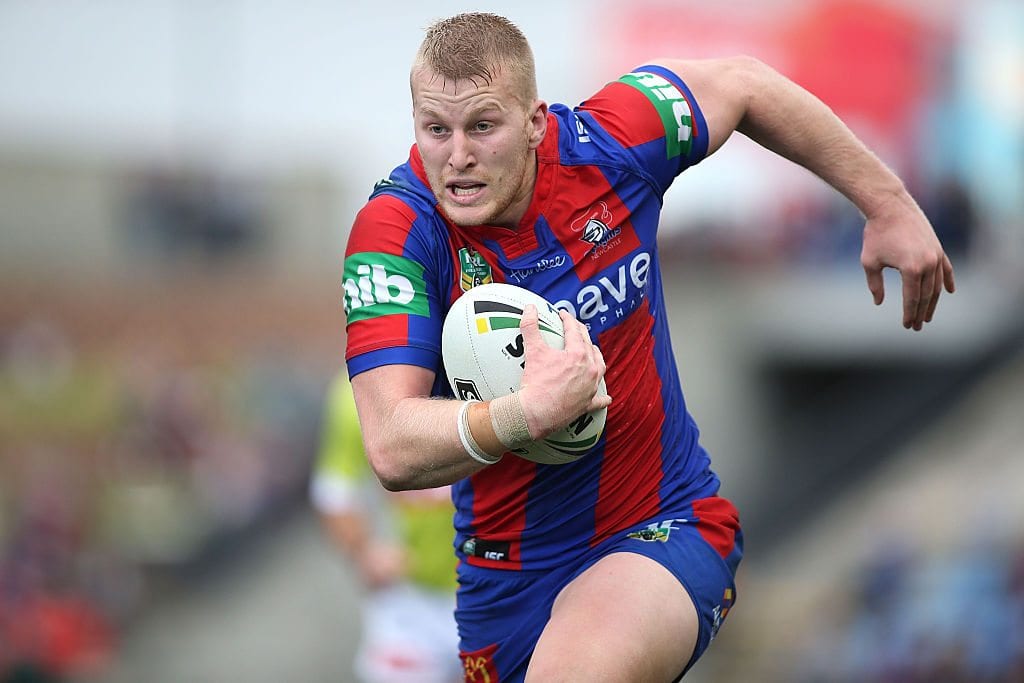 Clubs are technically not allowed to negotiate with Barnett until November 1 this year, given he isn't off-contract until the end of 2023, and Knights' CEO Phil Gardner told The Newcastle Herald that he hasn't given permission to anybody to negotiate with the forward, while also confirming he wants to keep Barnett in the Hunter beyond the end of 2023.

"I've given nobody permission to negotiate with Barney," Gardner told the publication.

"But the reality is agents are always out there looking around, talking to other clubs.

"We are certainly keen to extend his deal and are already looking at what we can do to keep him here beyond 2023.

"Nothing is iron-clad, but that is our intention."

Gardner confirmed the Knights were looking at a contract extension for both 2024 and 2025 to the 27-year-old Taree-born forward, who has been voted the club's best player twice during his time.

Barnett, who began his career at the Canberra Raiders in 2015, is coming off a career-best year, where he scored four tries and made 131 metres per game.