Incoming Parramatta Eels hooker has revealed that both a player option and a club option for salary exists in his contract for the 2024 season, emphatically delcaring he will be at the Eels for two years.

The Canberra Raiders rake, who has played his last game for Ricky Stuart's side after suffering an early-season ACL injury, signed a two-year deal with the Eels before a ball was kicked this season to follow teammate Baily Simonsson north and keep his NRL career alive.

The Sydney Morning Herald then reported earlier this week that the Eels have an option in Hodgson's contract for him to remain at the club in 2023.

Speaking on Fox League Podcast however, Hodgson stated that the option was in both the club, and his favour on different salaries, meaning he will stay at the Eels in 2024 provided he elects to remain there beyond the end of 2023.

“There is an option in both favours so I have got two years, there is a player option and a club option in that one, so I am there for two years just to clear that one up,” Hodgson said.

“I heard about the story, but there's an option in my favour and in the club’s favour which is obviously different in salaries, that’s why it is negotiated like that but there is an option in both favours so it will be a two-year deal.”

Hodgson, who has played 138 NRL games since moving from the English Super League, is touted as the replacement for Reed Mahoney, who will depart Parramatta for the Canterbury Bulldogs in 2023. 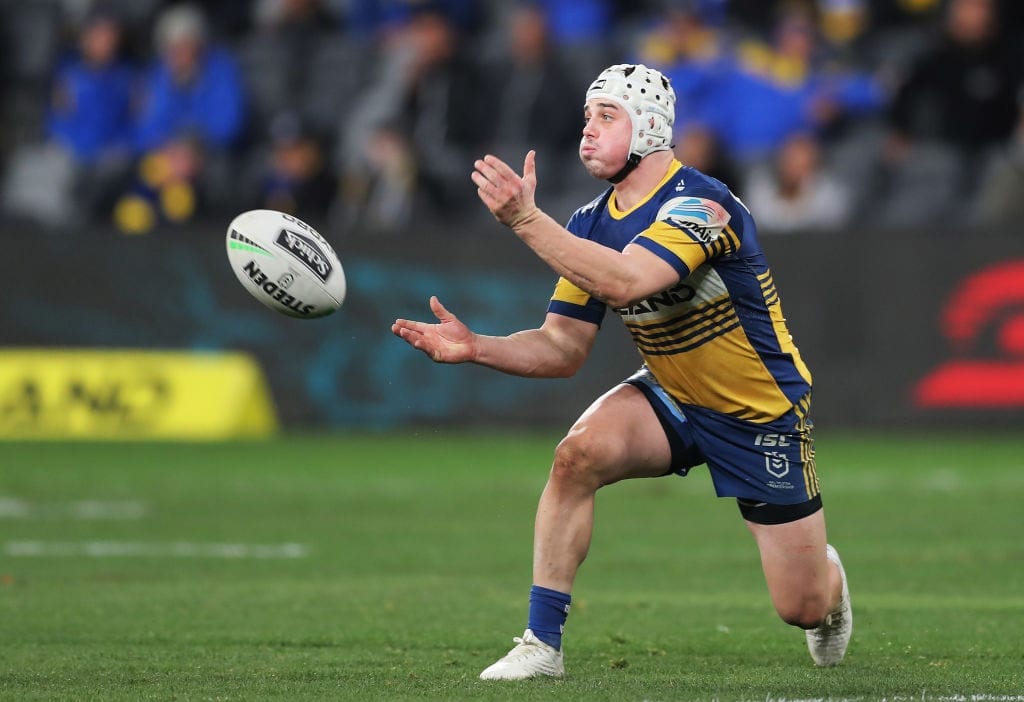 The Englishman acknowledged that his signing may come across as a "why" moment to fans, but explained his desire to play on after suffering the third knee injury of his career.

“For me I am not stupid, I know the way I’d think about someone who is 32, after he had done a third knee, going to a new club, probably if I am at that club and I don’t really know me, I am probably thinking why are we signing him at 32 and letting someone go,” Hodgson explained.

“I understand people thinking that way, but when people think that way it just makes me work even harder.

“It makes me want to go even harder into my training and want to prove people wrong even more so.

“That’s what I kind of thrive off, I have got the love of the game, I do genuinely love it as much as I did when I was a kid and If I didn’t have that then I probably would retire."

The Raiders, with Hodgson moving on, have turned to Tom Starling as the future of their number nine jersey after he penned a contract extension which will keep him at the club until at least the end of 2023, but with a player option for 2024.