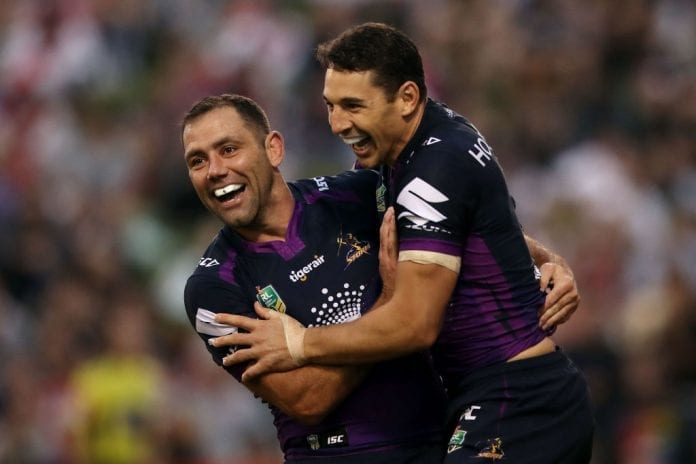 Once again the Melbourne Storm have secured the minor premiership and are marching towards the finals series. Given the way they have performed the whole year, with just four losses to date, most NRL fans and experts are convinced the Storm are destined to be the premiers.

A team that features Cameron Smith, Cooper Cronk, Billy Slater and Cameron Munster is always going to be hard to beat but history shows it will be tough for them.

Since the NRL formed in 1998 only six minor premiers have gone on to capture the Provan Summons trophy. The Melbourne Storm are one of those teams, though their double occurred during 2007, so their titles have since been stripped. In fact of the five minor premierships the Storm have won since their inception, the 2007 premiership was the only competition they managed to win.

Since 2010, only the Dragons and the Roosters have managed to become Premiers after securing the minor premiership, with the Storm losing last season despite finishing first.

The Melbourne Storm are again one of these teams, with the other being the Manly Sea Eagles.

In 2006, the Brisbane Broncos beat the Storm, who then traded grand final wins with the Sea Eagles. The Storm went on to win in 2009, the year after losing 40-0 to Manly. This was during the salary cap years, however, so these premierships do not count. Meaning the Sea Eagles are the only team to have gone from runners-up to victors in the space of a year.

So how can the Storm defy what history has shown us? Not only do the 2017 minor premiers have the Queensland spine, they boast two of the best wingers in the competition – Suliasi Vunivalu and Josh Addo-Carr. Vunivalu is second in the top try scorers with 19 and Addo-Carr is fourth with 16.

These skilful finishers are supported by a strong forward pack, containing the likes of Jesse and Kenny Bromwich, Jordan McLean and Nelson Asofa-Solomona. Add in players like Will Chambers and Tohu Harris and it’s easy to see why the Storm are so dominant.

What makes the Storm so outstanding though is their young talent. Brodie Croft, Brandon Smith and Curtis Scott are just a few of the players waiting in the wings for Melbourne. Already these young players have demonstrated extreme skill and seem ready to take their place in the team should someone go down in the finals series.

Even if the Storm were to lose a major player in the finals, they would still be hot favourites thanks to the quality of their reserves.

Who can topple the minor premiers in the finals series? The Storm has lost to the Titans, Eels, Roosters and Sharks so far this season.

Gold Coast will play no part in the 2017 finals series but the other three teams are all aiming for a top four finish. The Brisbane Broncos are also a threat to the Storm but have not managed to defeat the competition favourites this year.

Outside of those four teams, it is tough to see the Storm losing. However only time will tell if anyone can stop the Storm from winning the 2017 premiership.