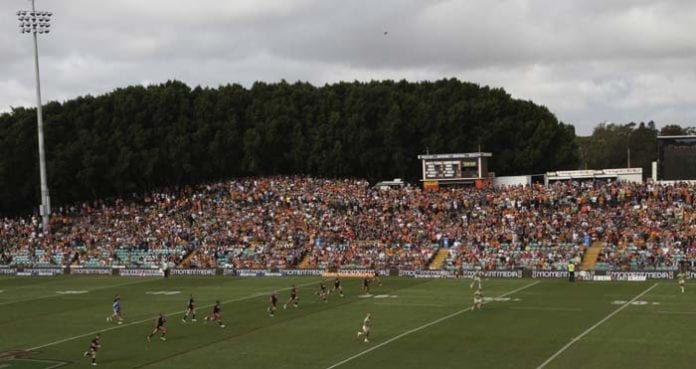 The possibility of consecutive NRL Grand Finals being played away from Sydney is looking very real after reports revealed that NSW Government failed to respond to funding requests for upgrades to other suburban arenas.

The Daily Telegraph reports Peter V'Landys met NSW premier Dominic Perrottet in May and the pair agreed to spend $800 million on a number of stadium upgrades at Brookvale and Leichhardt Ovals, Penrith Stadium and Shark Park in Cronulla.

But after another meeting between the pair on Monday, V'Landys had changed his tone.

“We are still in negotiations and waiting for a response to our letter today,” V'Landys said.

The only stadium that has so far been green-lit is Penrith Stadium, home of the premiers and under-fire Sports Minister Stuart Ayers, who yesterday had to publicly deny corruption allegations regarding a foreign posting allegedly given to former Deputy Premier John Barilaro by the NSW Government.

Ayers has also been taken to task about the fact that Penrith may still get its upgrade despite the others missing out.

The recent focus on smaller stadiums is a by-product of the previous stadium arrangement with the state government that included Commbank Stadium as well as the controversial rebuilds of Allianz and Accor (Homebush) arenas.

While the new Allianz Stadium has recently announced its upcoming opening strategy, the Homebush upgrade was scrapped due to the pandemic.

As part of that deal, the NRL was to keep the NRL Grand Final in Sydney until at least 2042.

But now, with suburban ground upgrades unlikely to take place in the foreseeable future, the Queensland government is preparing their own bid to secure the grand final more permanently.

Cronulla chief executive Dino Mezzatesta is keeping the faith that the NRL and NSW Governments can strike a deal, refusing to believe that such enormous growth areas could be willingly ignored by administrators.

“We've done more than enough to demonstrate why Shark Park is worthy of an upgrade,” Mezzatesta told the Telegraph.

“The NRL is supportive and we've shown the government we deserve it. We're number one in female participation, oztag and touch, and number two in junior representation for rugby league.

“The amount of work we do in the community – using our asset – is far greater than any other club. How can (the government) continue to ignore us?”

“Leichhardt was supposed to get looked after and we've been putting together a compelling argument for a new stadium as well,” he said.

“The stadium policy from Peter V'Landys is absolutely the right one.

“Ours is a tribal game, people want to follow the team that represents their geographic district and within that (area).

“People don't want to travel long distances to support their team at a home game. We'd be bitterly disappointed if the government reneged on the commitment they had made.”