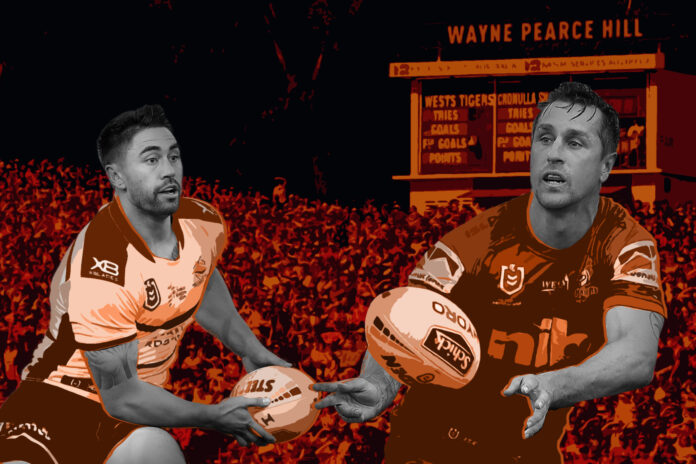 On Saturday night we were all got an eye-opener into the devastating underlying issues the West Tigers are experiencing, as put by club captain James Tamou.

The Tigers don’t have the personnel to not only win games, but to make the top eight. If it goes how we all think it will, this season marks the 10 years since the Tigers made the finals, and fans all across the NRL are sick of the organisation's poor retention and recruitment over the last 10 years.

The Tigers as a franchise have only held the players accountable for not making the finals over the last 10 years, however there have been no major changes to the board for the last five years or so.

At the end of the day, they are the people responsible for putting together the roster. This is the same group of people that lost local juniors like James Tedesco, Mitchell Moses, Aaron Woods, Ryan Papenhyzen, Josh Addo-Carr and many more who dreamt of winning grand finals with the club.

As a result, the club tried to replace them with Josh Reynolds, Russell Packer, Ben Matalino and Moses Mbye (all on big-money deals). And following that, in the last two seasons, signed Joey Leilua on 700k and extended Luke Brooks for five years on almost $1 million-a-year.

Since 2017, the club has gone after and missed out on big-name players like Aj Brimson, Jai Arrow, Josh Addo-Carr and Latrell Mitchell. This yet again proves that the club doesn’t appeal to many big-name players, mainly because of how poorly the club's run.

However, I do believe the additions of Tim Sheens (Head of Football) and Brett Kirmoley (Head of Junior Development) will help the recruitment and retention drive more changes need to follow.

Honestly, for real change to happen they have to change the governing body of the Joint Venture club, starting with CEO Justin Pascoe. Pascoe and Cleary are responsible for screwing the club over, particularly in the last six years.

If the club didn’t rush James Tedesco and Aaron Woods to re-sign, they probably could’ve kept the pair. Along with paying more attention to the needs of Josh Addo-Carr, Mitchell Moses and Ryan Papenhyzen, the club could be a real powerhouse challenging those of the Melbourne Storm and Penrith Panthers.

Cleary jumping off the bus in late 2018 was a good thing, but Pascoe needs to be shown the door as well.