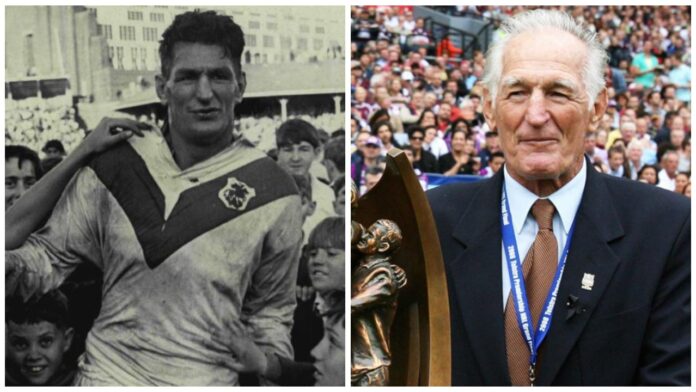 St George Illawarra has commenced conversations with the NRL surrounding the possibility of hosting a Round 1 clash at Kogarah Oval in a tribute to club legend, Norm Provan.

The idea has arisen in the wake of Provan's passing on Wednesday at the age of 89.

Though the titanic second-rower's legacy will forever be felt across the breadth of the competition, it was his deeds as a Dragon that saw him bestowed with Immortal status in 2018.

Over the course of his 15-season career whilst wearing the famous Red V, Provan made a club record 284 appearances for St George and played in 10 of the club's 11 straight premiership victories throughout the middle of the 20th century.

While no official fixturing decision has currently been made, ARLC chairman, Peter V'landys stated on Saturday that the proposal to pay tribute to Provan on the club's home deck was one worth considering.

“We will look at all ways to honour the great man,” he said.

“His record is extraordinary. Not just in rugby league but in any sport. But what gets me the most is how highly everyone speaks of him as a person.”

The Dragons also confirmed that further forms of honouring could also be in the pipeline.

“We want to pay respect and we will talk to the NRL and Norm’s family,” Dragons chief executive, Ryan Webb said.

“We will come up with something that’s fitting.”

Despite the decision ultimately landing with the Georges River Council that controls Kogarah Oval, Michael Carayannis of The Daily Telegraph reported that there has been a recent push to rename the stadium's main grandstand after the taller of the two icons on the premiership trophy.

According to the journalist, a petition has been formed to update the facade of the nameless stand that sits on Park Street.

As the plan for the contemporary Dragons to tip their hat to the past is yet to be given the green light by the league, the club's opponent is also still to be confirmed.

However, as seven of  St George's never to be beaten stretch of premierships were claimed against either Balmain or Arthur Summons' Magpies, the Wests Tigers would make for the most appropriate rival for a Round 1 date.