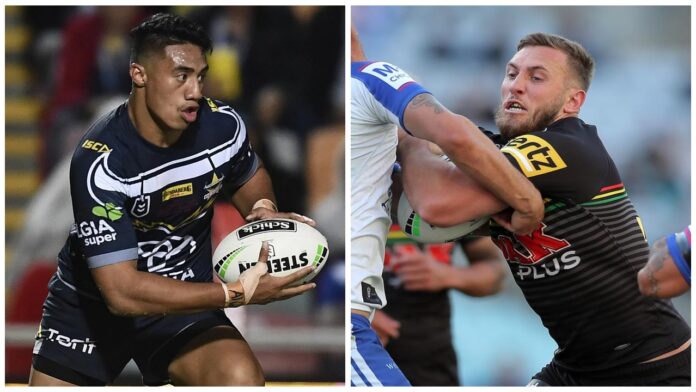 North Queensland are set to look within their own four walls before opting to lure external off-contract talent for next season.

As reported by The Daily Telegraph, the Cowboys will be looking to bolster their 2022 list with a number of key retention targets likely in line.

The Cowboys currently have six senior players unsigned for next year, with promising youngster Murray Taulagi leading the list.

They will farewell Maroons prop Francis Molo to the Dragons next year, but will also welcome Warriors centre Peta Hiku to their roster.

While a majority of their 2022 list looks set, the likes of Taulagi, Shane Wright and Jake Granville are yet to recommit to the club.

The Cowboys have been closely linked to Queensland and Penrith star Kurt Capewell, who is tipped to leave the mountains at season's end as a number of sides above the Tweed express their interest.

The Panthers remain in the chase to retain their key forward, but the Broncos and Cowboys are continuing to press for his signature.

Capewell could very well land in the hands of the Broncos as the Cowboys remain set on signing internal names before looking elsewhere.

Payten has already been able to retain a number of key figures at the club this season, with Scott Drinkwater, Ben Condon, Javid Bowen and Ben Hampton all recently inking news deals.