The North Queensland Cowboys have confirmed a devastating double injury blow ahead of this weekend's blockbuster clash with the Penrith Panthers.

The club on Monday morning confirmed that winger Kyle Feldt will miss up to six weeks with an MCL tear in the knee, while Jason Taumalolo has suffered a lower grade MCL injury and is a confirmed loss for this weekend's clash, although the Cowboys are hoping that he will return in Round 13 against the Gold Coast Titans.

The Round 13 match will likely see the Cowboys go into battle without a handful of stars with Origin wreaking havoc on the competition.

"North Queensland Cowboys winger Kyle Feldt is facing six weeks on the sideline after suffering a MCL tear in the victory over the Melbourne Storm on Saturday," read a statement released by the club.

"Cowboys skipper Jason Taumalolo sustained a lower grade MCL injury and will miss Friday’s clash with the Penrith Panthers with the hope of the returning to face the Gold Coast Titans in Round 13."

Murray Taulagi also struggled during last weekend's surprise win over the Melbourne Storm in Townsville, however, has had scans which have cleared him of a major hamstring injury. 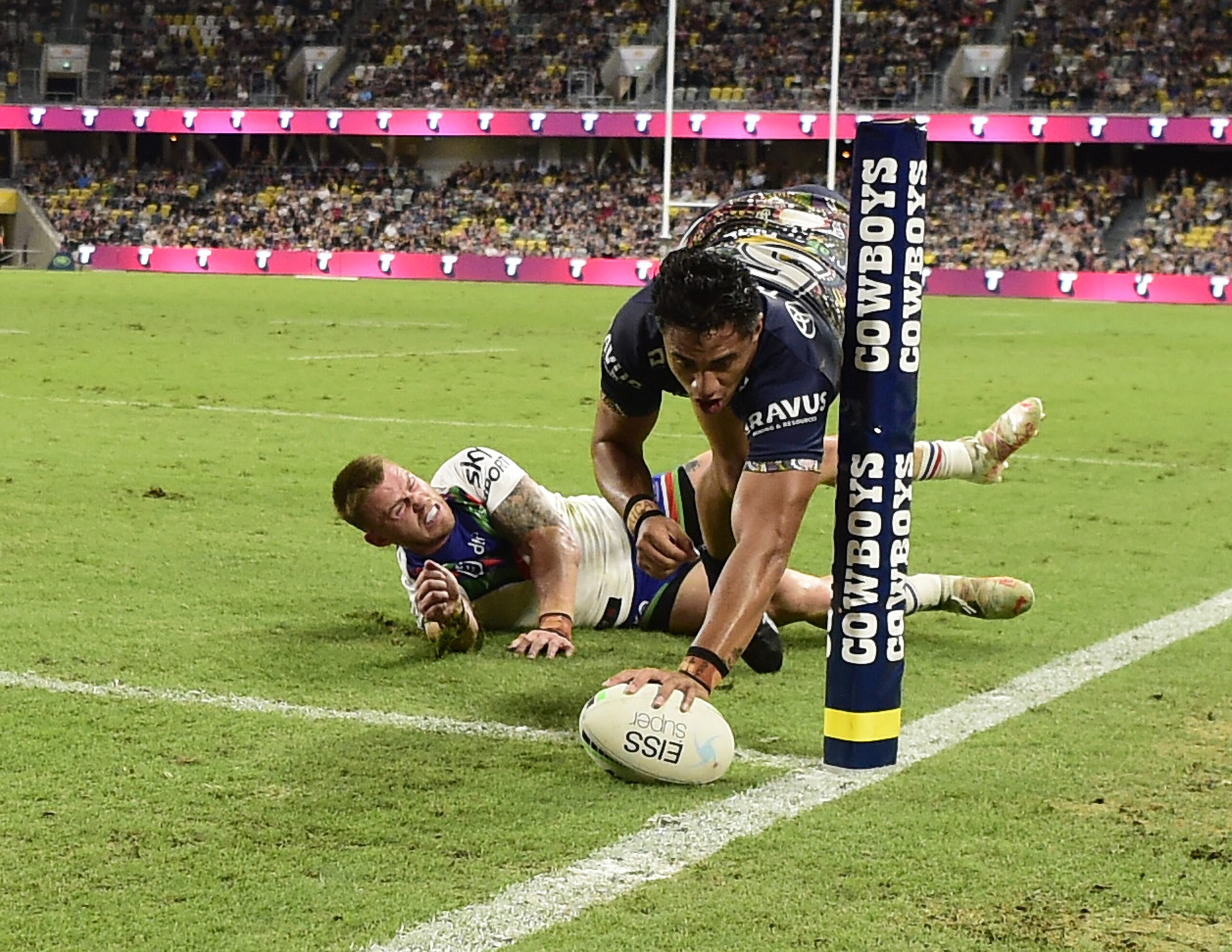 The sudden Queensland Origin bolter is no sure thing to play this weekend though, with the statement suggesting he will be "monitored throughout the week" by the club during training.

Losing Taumalolo and Feldt couldn't come at a worse time for the Cowboys with this week's match with the Panthers away from home set to be their ultimate test after what has now been a staggering six-match winning streak.

Far outpassing pre-season expectations, the Cowboys have entered the top four and are well on track to move into this season's finals series.

It's likely that Reuben Cotter, who has been playing at prop, will move into the 13 jersey after coming from the bench last week, allowing Coen Hess to keep his hold on a starting front row jumper alongside Jordan McLean. 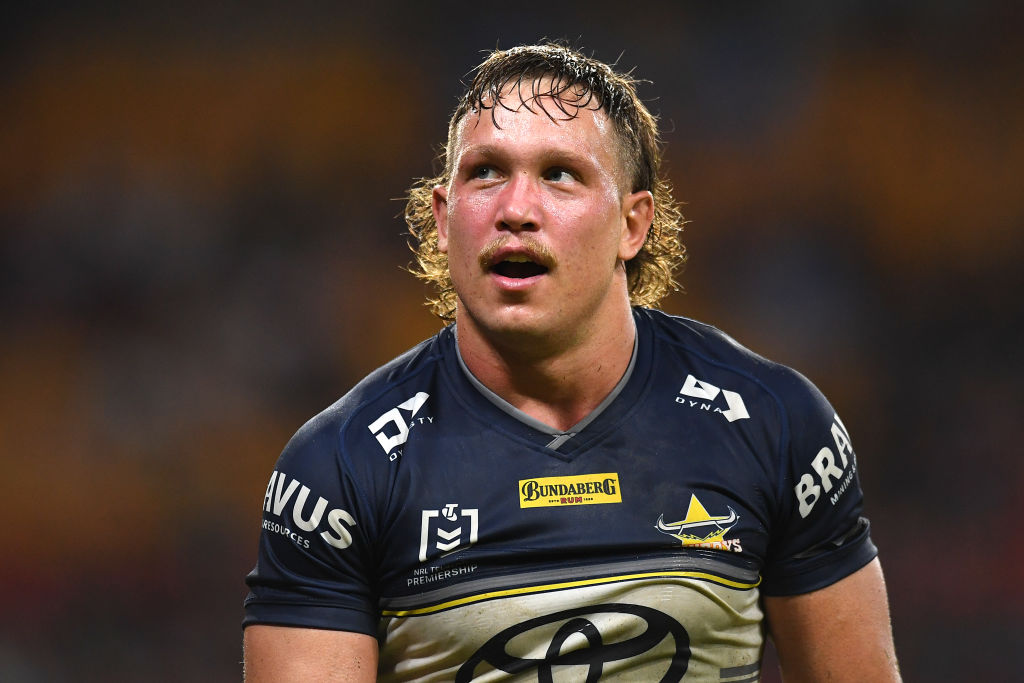 Hamiso Tabuai-Fidow will also come straight into the starting 13, taking up residence on Feldt's wing outside centre Valentine Holmes, while Connelly Lemuelu is the most likely addition to the bench in the vacant spot.

Teams will be confirmed at 4pm (AEST) on Tuesday, with the Panthers and Cowboys to play in the 6pm (AEST) Friday timeslot during Round 12.