Cameron Ciraldo is set to turn his back on the Canterbury Bulldogs as he begins talks with the Penrith Panthers for a contract extension to remain the club's assistant coach.

The reported news comes with the Bulldogs believed to have been chasing Ciraldo as their number one option to take over in 2023.

Mick Potter, who has been appointed as the interim coach for the remainder of 2022, has previously expressed he has no desire to remain in the role beyond the end of the season.

That has left the Bulldogs looking for a new fulltime boss, with Ciraldo - who has long been tipped as the next NRL coach - set to take over.

His coaching history has shown plenty of promise in the Penrith system, and he has previously worked with Gould during his time at Penrith, but it's understood Ciraldo won't leave the club for anything less than the perfect role.

According to The Daily Telegraph, he has decided the Bulldogs isn't that role.

It means the list of candidates for the Belmore-based club, who are at the bottom of the NRL ladder halfway through the 2022 NRL season, will now have to turn to other options.

It's understood Shane Flanagan is no chance, which could leave Paul Green the leading candidate, although the role St Helens coach Kristian Woolf plays in the puzzle is still to be seen.

Zero Tackle understands that Green is the leading candidate however, with the Bulldogs said to have previously reached out to his management. 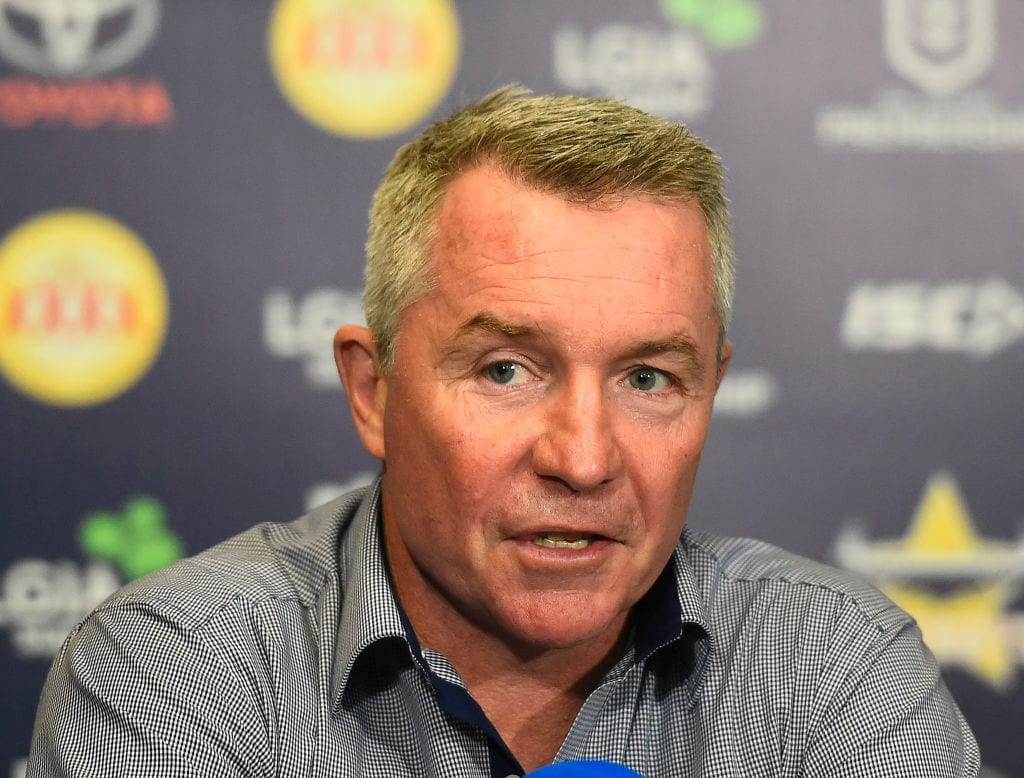 Speculation regarding a club switch for Michael Maguire has also been running rampant, with some reports suggesting he will be sacked by the Tigers over the bye round following the revelation from director of football Tim Sheens that an internal review is about to get underway.

Gould poured cold water on Maguire arriving at the Bulldogs though, telling 100% Footy on Channel 9 that it wouldn't happen.

"Tim Sheens has been quoted a number of times this year, privately and even publically saying that he doesn't see any reason to change the coach through the course of the season. The club just doesn't need the headlines at this stage. Why the rush now?" Gould asked when quizzed on rumours that Maguire could be headed for the exit gates from the joint venture.