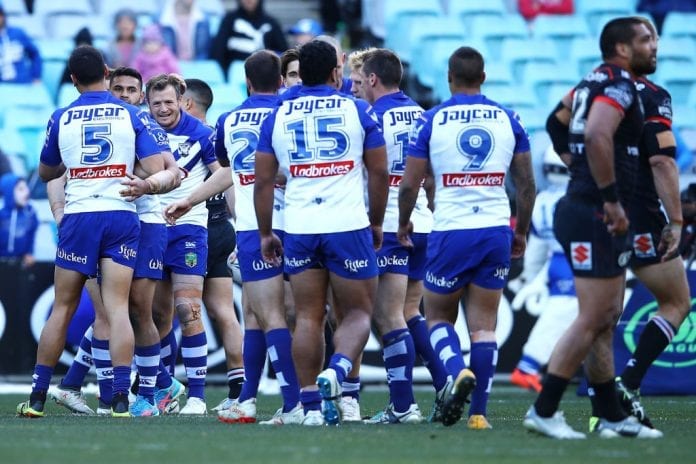 The Canterbury-Bankstown Bulldogs will pay tribute to six departing players following the last match of the season against the Cronulla Sharks at ANZ Stadium on Sunday.

At the conclusion of the match, the Bulldogs will make a special presentation to the players to thank them for their service to the club.

Josh (Cronulla Sharks) and Brett Morris (Sydney Roosters) have both signed deals with new clubs for 2019.

The club has also confirmed that off-contract players Greg Eastwood, Matt Frawley, Asipeli Fine and Clay Priest will not be re-signed.

Under immense salary cap pressure for the 2019 season, the Bulldogs have been working hard to improve their roster with little room to move.

Earlier in the season, the club released Moses Mbye (West Tigers) and Aaron Woods (Cronulla Sharks) from their deals, despite both being under contract for next season and beyond.