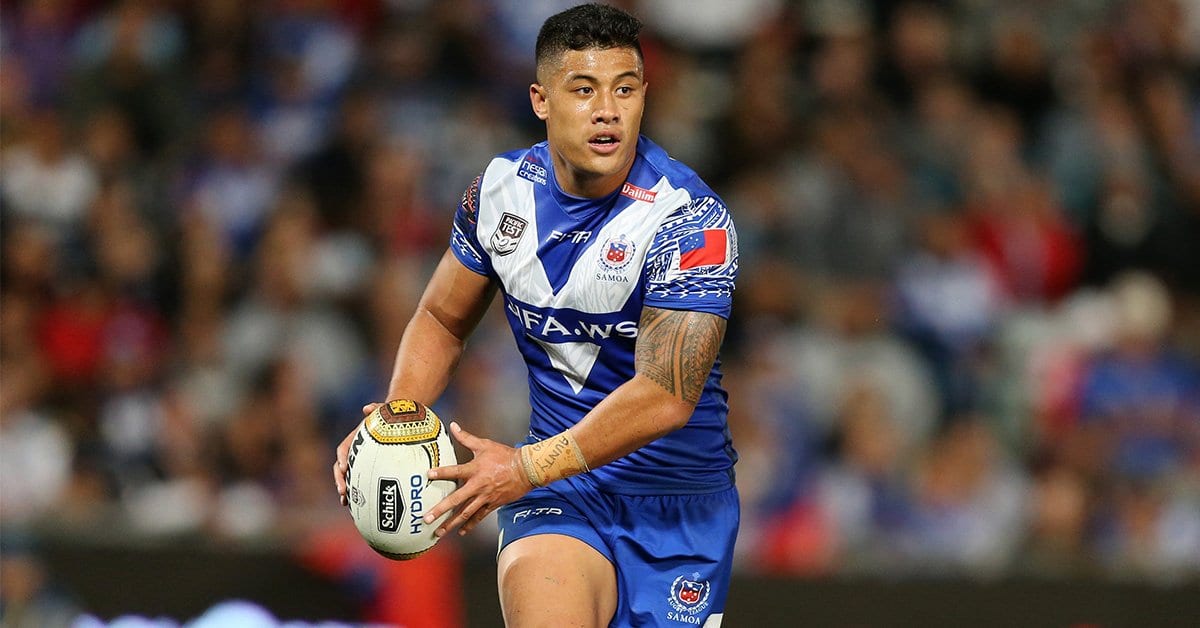 Surprises never cease in this amazing competition, with three of the top four sides losing. In another stat, all three Jennings brothers managed to score tries over the weekend, only David Middleton would know when that was last accomplished.

ANZAC Round delivers an enormous level of respectful homages to the soldiers that fought for our country, with the Dragons and Roosters clash the highlight of the round. The round also delivers some juicy match-ups, I can't wait to see the likes of Inglis against Roberts, and Moses up against Brooks. It's Round 8, we're a third of the way through the regular season, this is where the season goes up a notch.

Injury Watch: Both teams are without injury concerns this week.

Prediction: One of the best games of the year, this match is as passionate as they come. The Dragons suffered their first loss of the season in New Zealand, while the Roosters barely scraped past Canterbury. Expect Ben Hunt to lead the Dragons to a narrow victory over the Roosters, despite James Tedesco putting on his best performance this season. Dragons by 4.

Team News: Tim Glasby moves to prop, shifting Kenny Bromwich to lock and Joe Stimson onto the bench to cover for Jesse Bromwich. Tohu Harris is out, replaced in the starting side by Isaiah Papali'i, with Charnze Nicoll-Klokstad joining the bench.

Injury Watch: Jesse Bromwich will miss a month with a knee injury, while both Shaun Johnson and Tohu Harris will return in Round 9.

Prediction: Isaac Luke was phenomenal last week, his 40/20 and try both going a long way in making up for the absence of Shaun Johnson. While Melbourne managed to score 34 points against Brisbane, they did still leak 20. The Warriors are clinical in comparison to recent years and will do the job on Melbourne. Warriors by 8.

Team News: Cameron Murray returns at lock, replacing the suspended Sam Burgess, while Adam Douehi returns on the bench in place of Hymel Hunt. Josh McGuire moves to hooker for Brisbane with McCullough out, moving Tevita Pangai Jnr to lock. Jaydn Su'A starts, shifting Korbin Sims back to the bench, while Sam Tagatese also earns a place on the interchange.

Injury Watch: Andrew McCullough with be sidelined for 4-6 weeks with an elbow injury, while Jordan Kahu is aiming for a return next week.

Prediction: South Sydney just keep on rolling. Hiding somewhere under the radar, the Bunnies could be a dark horse this season, with their only losses coming against the top three sides in the competition. Brisbane are hard to read, but the constant chopping and changing of their spine doesn't spell success for the Broncos. Expect the Rabbits to snare a comfortable win on Thursday night. Rabbitohs by 12.

Team News: Matt Wright starts on the wing in place of Brad Parker, with Lewis Brown joining the bench. Connor Watson returns, replacing the injured Mitchell Pearce in the halves.

Injury Watch: Brad Parker's knee injury sees him out for 4-6 weeks. Connor Watson is back earlier than expected, though Mitchell Pearce's torn pec will see him miss four months, though he's aiming for a ten-week recovery.

Prediction: Manly are inconsistent and a mess off the park, but the loss of Mitchell Pearce for four months sees this game come awfully close. Connor Watson returns to soften the blow, but after three straight losses, the likes of Tom Trbojevic and Daly Cherry-Evans will ensure it doesn't become a fourth straight loss. Manly by 6.

Team News: Both teams are unchanged.

Injury Watch: Nathan Cleary is reportedly ahead of schedule in his recovery from an MCL tear.

Prediction: The Bulldogs managed to sneak past Penrith 20-18 when the two teams clashed in Round 3, but the form of James Maloney since will have something to say in this clash. The Bulldogs have struggled in attack, failing to register a single point against the Roosters, and will lack that killer instinct against the Panthers. Penrith by 14.

Team News: Kane Elgey has been dropped, with Bryce Cartwright starting at five-eighth and Morgan Boyle joining the bench. Tyronne Roberts-Davis has also been dropped, moving Phillip Sami back to the wing, and Brendan Elliot joining the side at centre. Wade Graham returns in place of Luke Lewis for Cronulla, while Jason Bukuya's return sees Kurt Capewell dropped from the 17.

Injury Watch: Luke Lewis injured his calf early against Penrith, ruling him out for 1-2 weeks.

Prediction: Cronulla were extremely impressive against Penrith, snaring a narrow victory while the Gold Coast was once again inconsistent throughout their match. Wade Graham's return will be a massive inclusion while dropping Elgey for Cartwright might not be Garth Brennan's smartest move thus far. Sharks by 12.

Team News: Shaun Fensom will play his first NRL game since the Grand Final from the bench, replacing John Asiata. Josh Papalii moves into the starting side, with Luke Bateman moving back to the bench.

Injury Watch: Shaun Fensom's return is miraculous after his career was in doubt following his Grand Final leg break.

Prediction: The Cowboys are back. After five straight losses, the Townsville boys bounced back to form, with Michael Morgan and Jason Taumalolo playing their best games of the season. Canberra leaked over 40 against South Sydney and will struggle again up north. Cowboys by 16.

Team News: Bevan French replaces Jarryd Hayne, while Chris Lawrence returns for Wests Tigers, moving Josh Aloiai back to the bench and Alex Twal out of the side.

Injury Watch: Jarryd Hayne has reinjured his hip, set to miss another four weeks on the sideline.

Prediction: Poor Hayne can't catch a break. Despite the loss of the two-time Dally M winner, Parramatta bounced back to form last week, scoring as many points in a game as they did in the first six rounds. Tigers suffered a last-minute loss to Newcastle, exposing weaknesses amongst the side that Parramatta is sure to exploit. Expect a blinder from Mitchell Moses as he pushes his New South Wales claims late. Parramatta by 7.

Lachlan Croker. After a strong start to the year, Croker's form has wavered, as the majority of Manly's squad has over the past few weeks. Following consecutive losses to the Titans, Tigers and Parramatta, Croker will need to step up to defeat Newcastle. Especially with Phil Rothfield calling for the reinstatement of Jackson Hastings into the first-grade side, the pressure is on young Croker.

Kieran Foran. A highly touted signing for Canterbury, Foran is yet to really hit his straps in the blue and white. Lacking a quality halves partner, the Bulldogs attack is as poor as it was last season, and Foran's lack of direction is playing a big part of that. Foran will have to fire soon or risk losing his Kiwi's jersey to a reborn Benji Marshall.

Jack Hetherington is a young Penrith prop who made his debut for the Panthers last Sunday. While he formerly played in the Rooster's Holden Cup side, Hetherington has been damaging for Penrith in the lower grades over the last two years. He only had a small stint against Cronulla, but expect the youngster to make his mark against a strong Dogs pack.

Photo of the Week

It's been over eighteen months since we've seen the goanna in action. Fanastic to see @greg_inglis starting to hit his straps. pic.twitter.com/lKatE8uhx5

Quote of the Week

"There it is, the rugby league Roles Royce" - Fox Sports commentator Matt Russell on Greg Inglis and his 80-metre intercept try

Parramatta 1-12. The Eels enter the clash outsiders, but their form revival last weekend should have Wests Tigers on high alert. The Tigers easily got past Parramatta on Easter Monday, but Mitchell Moses will be eager to get one back on his former club and continue the Eel's winning ways.

Rumour of the Week

Manly are very keen on Canterbury utility Fa'amanu Brown, and the Dogs are happy to release the Samoan international immediately. However, the Dogs have all but signed sacked Tiger Taane Milne on an eighteen-month contract, and won't release Brown until Milne's contract is registered.