With the greatest game of all kicking off this week, we run down how we expect the final ladder to look at the end of the regular season.

The Bunnies are my title-favourites. They have the best spine in the game, a backline full of weapons and the best number nine in the competition. Throw in a mobile forward pack and the game’s most successful coach and I can’t see any weakness.

Dane Gagai was in career best form in 2020, while they’ve added Josh Mansour, that pads out a backline that should score an absolute mountain of points.

Adam Reynolds was my early pick to win the Dally M Medal however I’m switching that to Cody Walker. Alex Johnston is also my pick to top the try scoring tally once again.

I have regrets placing the Eels this high but it’s done now. Clint Gutherson and Dylan Brown were exceptional last year while I believe Mitch Moses will have a much better 2021.

They have the forward pack to worry any side on any given day. There are concerns they may not adapt to the faster paced game, however they finished third last year under similar rules. Ryan Matterson will play Origin in 2021.

I don’t see the supposed weakness of others placing the Eels much lower. I think Dylan Brown is the next star of the game and will help lead his team to a comfortable top four finish behind a dominant pack.

Penrith have managed to keep the large majority of their Minor Premiership-winning side together, losing only Mansour and Tamou, and both have been replaced within the squad.

Nathan Cleary was the game’s best in 2021 and I expect him to pick up right where he left off. Edwards and Luai both became stars in 2020 while Koroisau caused havoc under the new rules.

1-17 there aren’t many sides who can match the boys from Penrith. I expect them to be in the top four yet again. Kikau and Crichton are two must watch players I expect to lead the way in their respective positions.

With Cam Smith retiring, it is truly Cam Munster’s team now. He was nothing short of magic in 2020 and along with Papenhuyzen, Hughes and Grant, I expect the new look Storm to succeed once again.

Reimis Smith will be one of the signings of the season. He and Addo-Carr form a fearsome and lightning fast wing combination. He’s been named in the centres this weekend until Brenko Lee returns. Justin Olam is a star. What a backline!

Up front the Storm are big, mobile and aggressive. Craig Bellamy, for mine, is the best coach in the business and will have his side ready for another title-tilt even without Smith.

The Roosters enter 2021 with a new halfback and a young megastar ready to be unleashed. 1-5 they are the best in the business. The Morris boys simply refuse to age. Daniel Tupou was back to his best last year.

Luke Keary takes over the side after moving to halfback. Young Lachlan Lam steps into the hot seat in the six jersey. Even younger Sam Walker looks a can’t miss prospect if given the time. Joseph Suaalii will play during the Origin series.

They welcome back Victor Radley and Sam Verrills sooner rather than later. I love the look of the forward pack, even without Boyd Cordner. Sitili Tupouniua will step up and replace him. Lindsay Collins is ready to be unleashed after his Origin debut.

The Raiders are in a good spot to launch yet another title chase. Jack Wighton is entering 2021 on the back of a Dally M winning season and is partnered by the brilliant George Williams. Josh Hodgson returns which will provide a huge lift.

This Canberra pack is almost perfect for the new rules. They’re mobile yet frightening. Josh Papalii is the game’s best prop and I expect him to go huge this year.

Jarrod Croker looks as though he will be available as soon as round two. Hudson Young replaced the departed Bateman. Ricky Stuart will be looking to deliver a title this year and he has the side to go very close.

This is the year the Titans return to the finals. On the back of a brilliant recruitment drive and a stable environment, Justin Holbrook is set to deliver the goods this year.

Tino Fa’asuamaleaui and David Fifita are huge signings in every sense of the word. AJ Brimson is my favourite player across the competition and I expect huge things from the Origin number one.

Now that they have their halves sorted and the distraction of Cam Smith has gone away, there are no excuses or hurdles in their way. Brian Kelly is a weapon out wide might i add.

This was a toss of the coin but I have the Knights just a head of the Sharks and Cowboys for the final position in the eight. Ponga is about a month away but young Tex Hoy looks set for a big run in the number one.

Tyson Frizell is a huge in and could provide the experience and ability that makes the difference between missing and play finals. Connor Watson at 13 is a risk but could be a masterstroke under the new rules.

Pearce is obviously the key. Kurt Mann will partner him in the halves. Jayden Brailey returns after a serious injury and should improve the side. I worry where the points are going to come from. Bradman Best is the key.

Too many questions for mine to secure a top eight finish. Shaun Johnson’s injury, which could see him miss up to ten weeks, is crucial. If Matt Moylan can re-find his 2018 form then he should somewhat offset the loss.

The Sharks pack looks well suited for the new, faster game, but they need to improve on 2020. Graham and Nikora are absolutely key but neither lived up to loft expectations last year. Talakai will put pressure on both upon his return.

Ronaldo Mulitalo and Sione Katoa will score some highlight reel tries this year. They have to work out how to best involve Jesse Ramien. Ultimately this comes down to improving their defensive deficiencies and overall discipline… and star players staying fit.

The Cowboys welcome back Michael Morgan, which is a huge in to say the least. Scott Drinkwater has won the early race for the number one spot, shifting million dollar Val Holmes to the wing.

Jason Taumalolo will supposedly be managed to achieve full output rather than just relying on the superhuman number 13. Coen Hess showed signs of returning to his best last year but needs to be more consistent this season.

This is a side who should have plenty of points in them but I worry there could be an overreliance on Taumalolo and McClean up front. They’ll leak far too many points to be a top eight side but should improve on last year. They need Val at his best.

The Bulldogs delivered a super recruitment drive and now look like a completely different side. Kyle Flanagan is a brilliant signing and I believe will thrive in his new role. Corey Allan is the big signing though and should be the Dogs’ long-term fullback.

Truthfully they look a little light out wide. I love Cotric but it’s going to take time to really nail down the centre role. They’ll miss Luke Thompson in the early rounds but look stronger upon his return.

Look for Brad Dietz to deliver. I expect him to be the first choice option at nine very quickly. Big task ahead for Trent Barrett but he enters the season knowing his long-term six is already secured and will arrive soon.

No fan base reacted as negatively to their team list being named than Manly. Truthfully without Tommy Turbo they look very thin. Young Saab makes his way into the line up and certainly has all the attributes to cause plenty of headaches.

Foran returns after many years away. For Manly to play finals footy they need both DCE and Foran to return to their title-winning form. I’m not sure Foran has it in him. Croker at nine raises some eyebrows. We’ll see.

Losing AFB was huge although Aloiai’s signing somewhat covers the gap. I just can’t see the points in this side to worry any of the big clubs. It’s all down to DCE. If Turbo can’t stay fit, this will be a long season.

The Warriors enter 2021 knowing that the majority will again be spent away from family and their homes. Add to this the fact club captain RTS is leaving at the end of the season and there’s plenty of reason to throw their hands up early. They won’t.

If anything I expect everything to bring the side closer as it did in 2020 but ultimately they just don’t have the players to play finals footy. They’ll need huge seasons from their halves and Egan at nine to be any shot.

Elsewhere, RTS is magic, the wing combo of Fusitu’a and Maumalo is frightening. AFB and BMM are huge ins, literally, and should sure up the forward pack. Harris is fantastic. Hopefully they play as they did in 2020, although fair to say they overachieved.

The Tigers have recruited well in signing Roberts and Laurie to complete their back line. David Nofoaluma had a wonderful 2020 season and will be looking to go around again.

James Tamou is a brilliant signing for both on and off the field. They need their forward pack to outperform that of their 2020 selves or else their prized recruits won’t have opportunities to shine.

In the halves I really worry about their six. Moses Mbye and Adam Doueihi are super versatile but neither scream first choice six. Luke Brooks needs a career defining season for this club to be anywhere near a return to finals footy.

Dragons fans will be hoping a new coach and the return of Jack Bird kickstarts something special in 2021. Truthfully I’m unsure of the Griffin appointment and don’t understand his decision to ignore McInnes’ desires to stay. We’ll see soon enough. 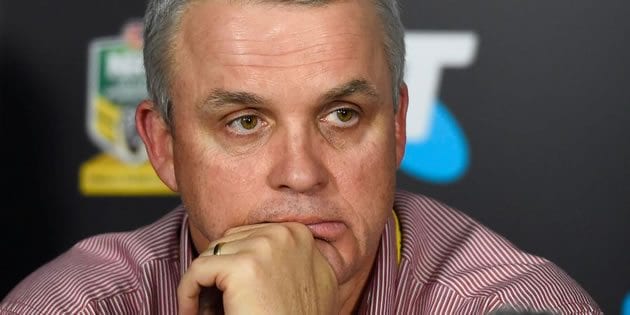 Their entire season comes down to whether or not Corey Norman and Ben Hunt fire in the six and seven. If they do, then Lomax, Dufty and co can find the line. If not, then I hope international travel is open because Bali beckons.

1-17 I just don’t have the confidence that this side can match anyone in the top 10. There will be days they blow teams off the park but they’ll be too few and far between.

I’d argue that the Broncos enter 2021 weaker than their wooden spoon 2020 counterparts. David Fifita has left the club, Payne Haas is suspended for three weeks and they don’t have a recognised rake.

Kevin Walters brings with him a mountain of experience but doesn’t have a huge amount of coaching success to his name. This is a long term rebuild so hopefully fans aren’t too quick to judge.

I do love the return to the side of Jamayne Isaako. The Milford/Croft halves combo fills me with no confidence. Milford is playing for his future. Tevita Pangai Junior is the key up front until Haas returns.