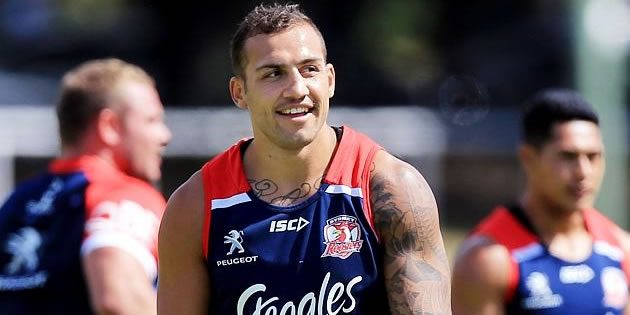 There has been an almost unbelievable amount of player movement during this off season, especially when it comes to players who were not off contract.

Dane Nielsen and Adam Blair have switched clubs mid contract in the past 48 hours while just last week Ben Barba also moved on despite having more than a year to run on his Broncos contract.

To bridge the gap between the Four Nations final and the NRL Nines in late January, I have looked over the ins and outs of each side, and have come up with THE key recruit in each side’s recruitment.

Most will be fairly obvious, however I don’t always consider the biggest name recruit to be the biggest key in plans:

Perhaps the most exciting youngster in the competition right now makes his way to Brisbane, where he will fill the troublesome five-eighth role.

The club has lost Josh Hoffman and Ben Barba to add Milford and Boyd, but it’s hard to doubt Wayne Bennett given his past success, especially at the Broncos.

Milford will be expected to hit the ground running in his new position and the way he adapts could go a long way to deciding how the Broncos travel in 2015.

The Raiders were linked with a host of big names during the season, but in Austin they landed a young gun with his best football ahead of him.

Austin, when called upon by the Tigers, filled a variety of positions across the backline and did so with great ability.

Will likely partner young Mitch Cornish in the halves, although he may move to fullback. Whether he ends up, he will become a key in the Raiders backline. Great signing.

Possibly the biggest name to move clubs during the off season. Brett Morris is a genuine superstar in every sense of the word.

Whether he shifts to fullback or takes up his position on the wing, Morris will score plenty of tries this year and makes the Bulldogs even more dangerous.

Last season the Dogs were probably one player short of a premiership winning side, and in Morris, they may have signed the final piece of the premiership puzzle.

The Sharks have taken a big risk in signing the enigmatic former Dally M medallist, but to be blunt it’s a risk they needed to take.

Barba will fill the number six jersey vacated by Todd Carney. Sharks fans will be hoping he is able to rediscover his top form, as if he does, he could sky rocket the Sharks up the table.

With the Broncos reportedly paying a substantial part of his wage for the next two years, the Sharks have picked up a brilliant deal. Running off the likes of Gallen, Lewis, and Fifita, it could be just what Barba needs to get back to the top.

The former Bronco moves south to the Titans and will automatically become a key part of the Titans line up.

Whether he plays fullback or in the halves, Hoffman will be seen as an attacking spark that the Titans did not have in 2014.

The Titans have been busy on the recruitment front but in Hoffman they have an attacking star. His potential partnership with Aiden Sezer could be one of the most exciting in the competition.

The man recruited to replace Anthony Watmough (or Glenn Stewart), Mateo has the skill to become one of the best second rowers in the competition.

Unfortunately for the Eels, and then the Warriors, we have been saying that for many years now and Mateo has been unable to find the consistency to match his undoubted talent.

Green has been signed to partner Cooper Cronk in the halves. Unfortunately for the Storm, Craig Bellamy was unable to replace Gareth Widdop in 2014.

Youngster Ben Hampton has re-signed with the club but will likely play second fiddle to the former ESL championship winning half.

Green has never been able to truly fulfil his potential at NRL level, but with Bellamy in his corner and Cronk by his side, he will never have a better opportunity.

The Warriors are arguably the most exciting side when they’re on their game. As fans will tell you though, you never really know which Warriors side will turn up.

Ryan Hoffman is the model of consistency and Warriors fans will be hoping he can inspire the same within the squad.

Hoffman will make a mountain of metres and will set up plenty of opportunities. A backline movement between Johnson, Hoffman and Hurrell is just a little bit scary.

The young gun brought in to balance an aging forward pack, Tariq Sims will be looked upon to be the aggressor in the 2015 Knights forward pack

Sims, who has been mentioned as a future Origin rep for a few years now, returns home to the Hunter and will hope to propel his home side into the finals once again.

In Sims the Knights have a big, tough, aggressive and skilful forward. He’s everything the Knights required in 2014 and will enjoy in 2015.

In Matt Scott, James Tamou and now Ben Hannant, the Cowboys have an all former Kangaroo front row rotation.

Hannant did not enjoy a great 2014, spending some time out of the top squad, but his recruitment is big news in Townsville.

If Paul Green can get the most out of the former Origin certainty, the Cowboys will form the best front row combination in the competition.

Absolutely no one doubts the ability of the superstar back rower, however the Eels need to see the best out of their key man, who spent more times in the headlines for off field reasons in 2014.

Watmough is a brilliant pick up and his experience should assist with the youngster members of the Eels back row. If Watmough reaches the heights of years gone by, the Eels will be laughing.

After an extremely busy 2013/14 recruitment drive, the Panthers have only named a few pickups for 2015. In young Sopoaga they have a potential gem.

Panther’s fans will be hoping the former Shark produces the form of another former Shark in Tyrone Peachey, who was a revelation in 2014 before his injury.

The Panthers will have two of the quickest and most clever back rowers in Peachy and Sopoaga. They succeeded in dragging the best out of other fringe reserve graders with talent, and Sopoaga definitely has talent.

With Sam Burgess leaving for Union, the Rabbits will be looking to the former NSW front rower to make plenty of metres.

Glen Stewart is the bigger name signing but with Stewart you know what you are going to get. Grant needs to be the player he was when he represented his state.

Grant, a big, strong, metre eater when on his day, will form a frightening front row combo with the Burgess brothers and David Tyrrell, IF he can re-find his form.

Literally the biggest signing the Red V have made with a view to 2015. Rose, who failed to settle in Melbourne, will be looked upon to add size to the struggling Dragons pack.

The Dragons need Rose to be at his best. They need the charismatic, hard running, metre eater he was at the Eagles in his prime.

Marshall and Widdop struggled behind a badly beaten forward pack in 2014. George Rose has it in him, but whether or not McGregor can drag it out of him is another story.

No one who has seen Ferguson play can doubt his ability as a footballer. Unfortunately he has been thus far unable to overcome off field distractions to fully realise his potential.

If he gains clearance to play or the Roosters in 2015, the Bondi club will have a brilliant footballer in their ranks.

Ferguson, who has had well over a year out of the game may take some time to find his way back into the NRL level. Given that the Roosters have lost Moga and possible SKD to accommodate Ferguson, they need him to fire right off the bat.

Another side who has not been overly busy in terms of recruitment. Kevin Naiqama should move into the Tigers young backline, as Chris Lawrence moves to the back row.

Naiqama has shown signs of brilliance, and should he be allowed to play consistent first grade, he could become a brilliant pick up for the Tigers.

Don’t agree, take the debate up with @suthodan on Twitter!

Anthony Mundine names the best player in the NRL

Expansion still on the NRL’s agenda