Queensland Maroons rookie coach Billy Slater has spoken out on the debutants in his first Origin side, saying that all of Selwyn Cobbo, Reuben Cotter, Patrick Carrigan and Jeremiah Nanai picked themselves.

The quartet were included in Queensland's starting 17 for Game 1 of the series alongside a host of other regulars. Tom Dearden and Murray Taualagi were also included on Slater's extended bench.

Slater's biggest call might have been to start Ben Hunt over Harry Grant at hooker, with the Melbourne star to come from the bench, but the number of debutants is sure to be a talking point in the lead up to Game 1.

Speaking to reporters on Monday morning following the team being announced, Slater said the trio had played themselves into the side.

"It's not exactly why I went with them. They picked themselves. They decide whether they are performing well enough to play for Queensland," Slater said.

"We are fortunate enough to have a group of Queenslanders that deserve to play for Queensland this year. We have picked a 22-man squad, and I'd be comfortable with anyone of those players playing for Queensland next Wednesday night."

Slater was also asked why Selwyn Cobbo - at just 19 years of age - had won the race for a wing spot ahead of Corey Oates, Murray Taulagi and others.

"That's one position that we have been a little bit skinny in the past. Centres and wing position," Slatter admitted when quizzed. 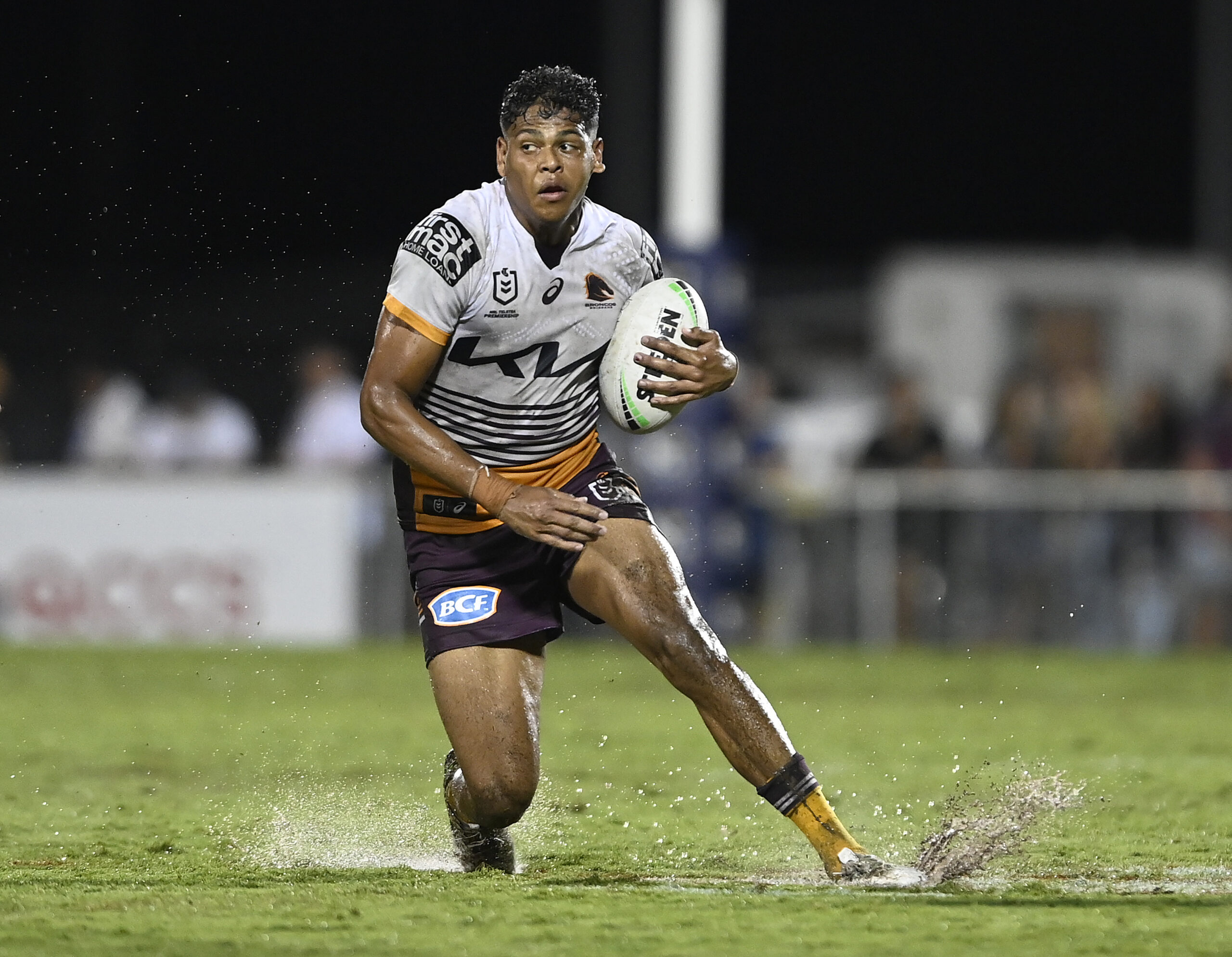 "Murray has made the extended squad, so he is in the 22. That's a great reward for his development, and I suppose a bit of a reward for the Cowboys and the way they are going.

"Corey Oates is another guy I've been really impressed with, and if we had to throw him a jersey, we have full belief he'd do a job for us, but we have gone with Xavier Coates and Selwyn Cobbo. We feel that their performances have earnt them an opportunity to play for Queensland in Game 1, and that's the way we went."

It had been expected that Cotter and Carrigan were set to make their debuts, however, Nanai's selection is sure to raise eyebrows.

The Titans have confirmed that David Fifita has re-aggravated an injury and so may have been unavailable, however, Slater said he has been impressed with what he has seen from Nanai, particularly on the weekend when he was forced to make more than 50 tackles as part of the Cowboys defensive effort against the Penrith Panthers.

"He's a good young man, and his performances have earnt him his jersey," Slater said on Nanai.

"Not just chasing kicks and scoring tries, but he has been doing a lot of work for his team. He made 51 tackles on the weekend in a really tough environment on the weekend down there at Penrith."

The opening State of Origin game will be played at Accor Stadium in Homebush on Wednesday, June 8, with the series then going to Perth and Brisbane for the final two games.