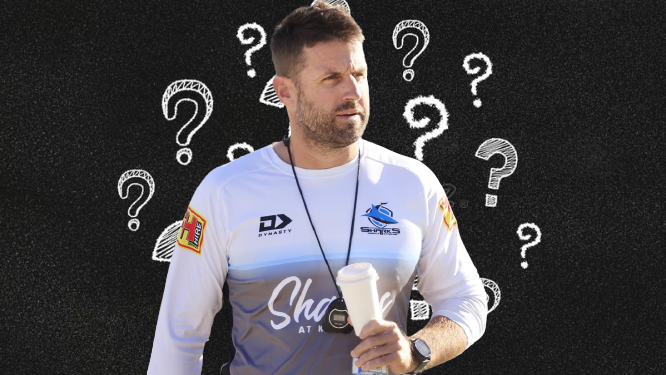 You should all know the drill by now.

There are 16 teams playing in eight games this weekend, and because nothing in this life is either perfect or complete, we here at Zero Tackle still believe each of these aforesaid combatants come with a question marks.

So, before the third month of the regular season kicks off on Thursday night, we have sought to answer the most pressing queries ahead of Round 9.

SEE ALSO: Blythy’s Round 9 Rev Up

1. Do Souths stand a chance?

Despite owning a 7-1 record after two months of the regular season, the odds are stacked against the Bunnies ahead of their clash against the only side that has had them on the hop this season – the Melbourne Storm.

With Jaxson Paulo, Campbell Graham, Cameron Murray and star halfback, Adam Reynolds all sidelined for Thursday night’s clash, coach Wayne Bennett has not only lost nearly 400-games of first grade experience, but his well oil machine has been dented at a trio of different points.

A couple of heavy hitters named for Round 9️⃣ 💥💪#GoRabbitohs ❤️💚🐰 pic.twitter.com/SPEz1jTQxq

As the Storm have ramped up their scoring, and racked up the wins, across April, the Bunnies’ previously gigantic pile of playing chips looks far less threatening as the season enters its third month.

While Souths’ recent form suggests that they do have enough credit with the house to play a few hands this weekend, their previous form against the bolt throwers has been less than impressive.

Since the beginning of the Craig Bellamy era in 2003, the Rabbitohs have only managed to beat the Storm on five out of 30 appearances.

Should you break this down into fractions, you will find that the men in cardinal and myrtle have stood victorious on less than 17% occasions across the past 19 seasons, with the purple army holding several lumber yards worth of wood on them.

Even though they currently own real estate north of their southern neighbours on the competition table, Stats Insider gives Bennett’s boys a worse than four in 10 chance of claiming victory at Stadium Australia this week.

Despite these damning statistics, Souths have been able to win consecutive hands at the table this season, even when the flop has fallen against them.

Although the previously mentioned quartet of blows will certainly hinder them, the Redfern based club still has a few aces up their sleeve in their lethal left side attack and the new combination between ‘Benji Button’ and Keaon Koloamatangi from the ruck.

Play of the Round

“Benji Marshall put on a masterclass against the Tigers. He did whatever he wanted to the left edge defence. Much of that came through the elite hole-running of Keaon Koloamatangi and the 22-year-old was back at it in Round 8.”

Even if an eighth consecutive win may not be on the cards this Thursday, the clash between two of the competition’s best five sides is set to be unmissable.

So, you should probably reschedule the plans you had with your Nan.