Alarm bells should be ringing at the New Zealand Warriors.

As if five straight losses and seven in their last eight games wasn't bad enough - the only win in that time came in Golden Point against the Canberra Raiders during Round 8 - coach Nathan Brown sat down at his press conference on Saturday evening and, looking like a man who had run out of answers, admitted his team didn't think they could win every game they played.

It's a comment which should all but confirm his fate as an NRL head coach.

"We by no means haven't entered every game this year where we have gone out there thining we are going to win every contest, but we'd certainly like to compete in every contest," Brown said during his press conference.

"We have had a few of late where we haven't competed well. Obviously we had the Souths that wasn't too long ago, and then this one and that's the most disappointing thing.

"We might get some things wrong, but we can't get that compete bit wrong. Not if we want to get to where we want to be as a club long-term."

While NRL clubs can be all too quick to move on coaches at times, it's evident that the Warriors are in need of a change at the helm of a rapidly sinking ship.

As mentioned, the Warriors are a club who have lost seven of their last eight.

Following Saturday's clash with Manly, they have conceded 355 points in 13 games, giving themselves the worst record in the competition at that end of the park, and by a considerable distance.

That leaves the Warriors almost two points per game worse off than the next side, and while that number is skewed by letting in 70 points on ANZAC Day against the Melbourne Storm, it's becoming obvious this is a crop of players who don't want to play for their coach.

While some will point to the impending trip home to New Zealand, and wonder how many players already have one foot on the plane, that simply shouldn't matter. 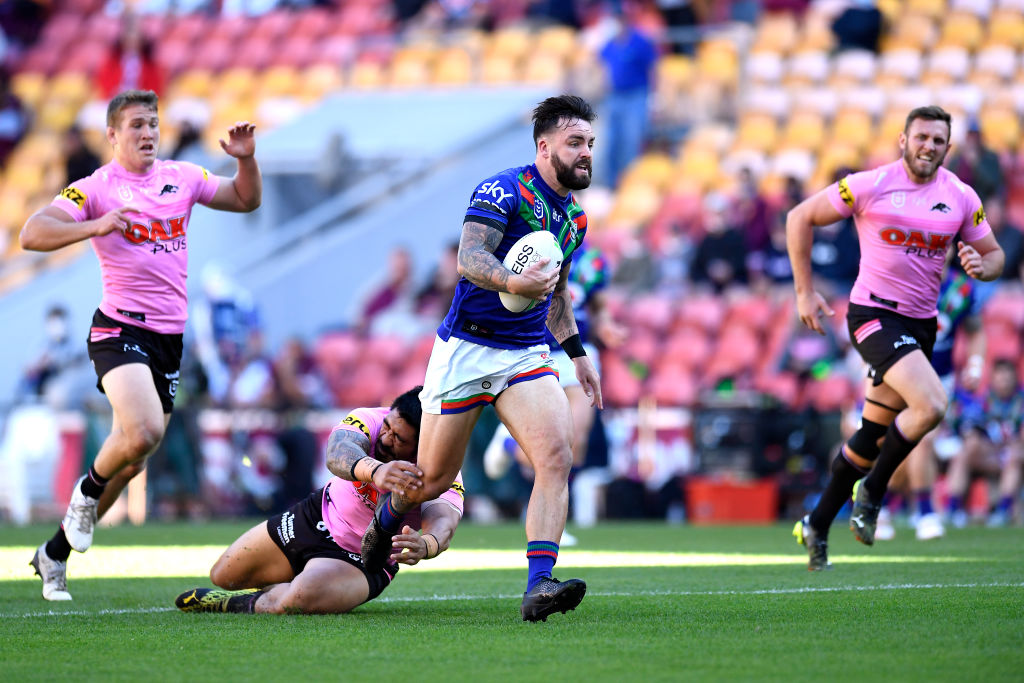 Professional rugby league players are supposed to be just that - professional - and the efforts the Warriors have been churning out, particularly in the last two months, have been diabolical, particularly at the defensive end of the park.

While they were competitive in the first loss during this run against the Roosters, they have gone on in the next six to concede scores of 70, 29, 32, 24, 24 and 44 last night.

There are outliers, but the only times they conceded less than 29 during those last six losses came against a battling Dragons side at a wet, windy and miserable Kogarah, and against the Knights in what was a horror show of a game at Redcliffe.

Other than that, it has been a horror show for the Warriors, and the admission from coach Brown that they don't necessarily believe they can win every game is a real eye-opener to exactly how poor things are really shaping up for the club.

It's an attitude which stinks for a group of, as mentioned, professional rugby league players.

There is no excuse at this level for not believing you can win every game, and potentially just as concerningly, was Brown's admission that he isn't worrying about being sacked, or, for that matter, seemingly concerned with changing the game plan that he believes "is right."

"Look, I've been coaching for a long time now. I don't coach on fear," Brown said.

"All we can do is keep preparing the best we can to do what we feel is right.

"I've been around too long to worry about that all that other stuff to be honest with you. That's the truth for me.

"I've had a long run in these chairs. You keep doing what you think is right, and if you think it's right, you have to stick with it.

"You have got your plan which you have to run to.

Anyone could tell you the Warriors' game plan isn't working.

They look to be a mess in attack more often than they aren't, and their defence, particularly out wide, has been deplorable. It was just as bad up the middle on Saturday at Brookvale, however, that was the fault of individual players falling off tackles as much as it was the game plan and strategy.

But when the attitude is that they don't believe they can win every game, and are rather aiming to compete, you can understand exactly why players are falling off tackles and not making things stick.

This is a team who have run out of ideas, and while Brown may survive until they get back to Auckland, continued poor performances with the added advantage of being home could and should see the end of his time in charge at the club, and, given his previous exits from the Dragons and Knights with little success to show, it's hard to see him getting another gig.

Brown has to make this work for his own coaching career, but it's impossible to see a turnaround.

He hasn't been helped by the untimely injuries to Addin Fonua-Blake and Josh Curran, or the immediate departure of Matt Lodge, but none of those factors would have turned around last night, or Brown's single damning comment about the Warriors' intentions and expectations. 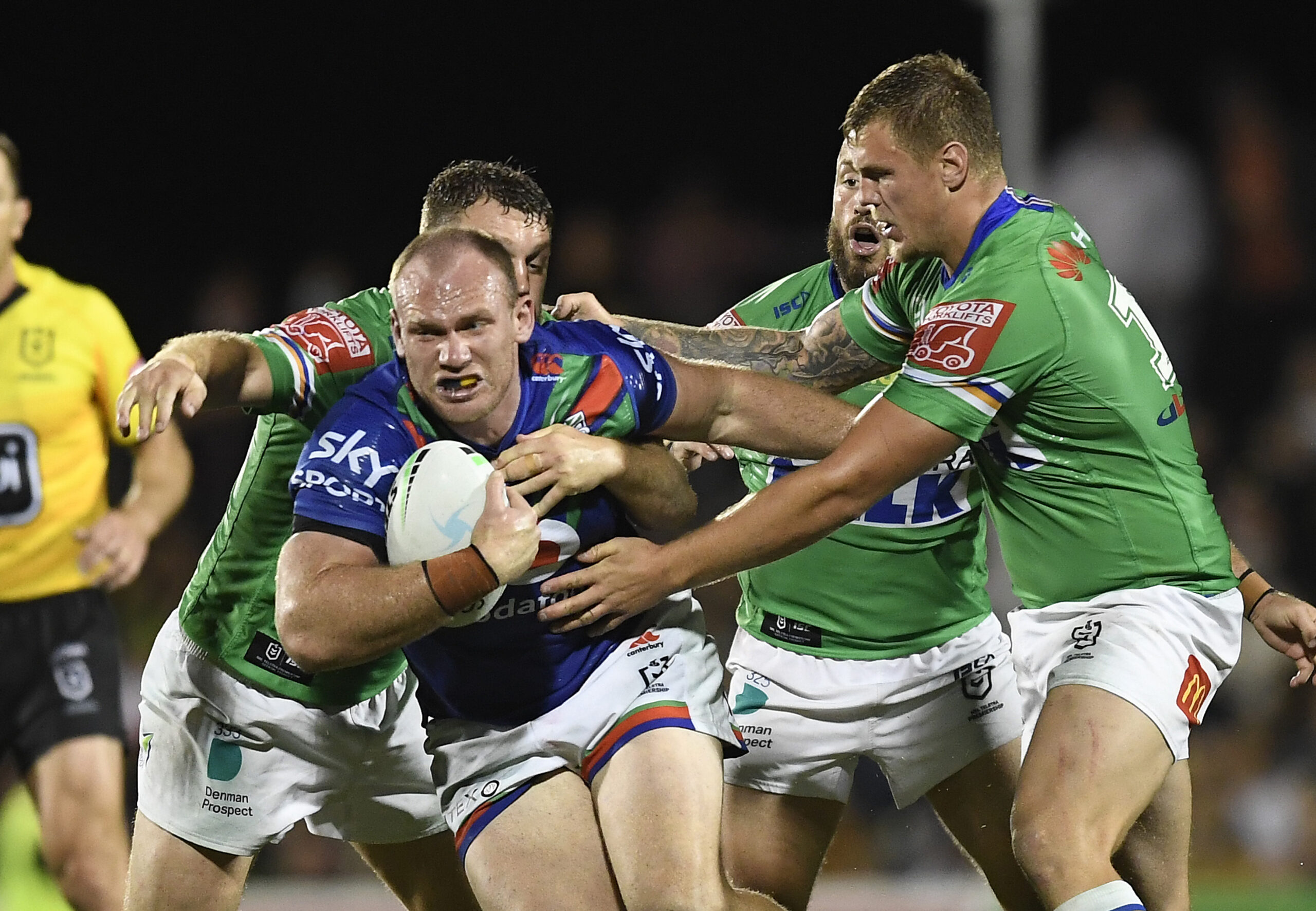 Maybe young gun star fullback Reece Walsh summed it up best after the game when he told Fox Sports that his teammates needed to ask themselves if they even wanted to be there.

“We’ve just got to go home, look ourselves in the mirror and ask ourselves, ‘Do we want to be here?” Walsh said.

“Do we want to be trying for our mates?’ At the moment, the things we’re tossing up, we’re just not working for our mates beside us. It’s first grade, and it’s not good enough. We’ve got to get tighter as a group ... and start working harder for each other.”

The honest answer, right now, looks to be no, and that attitude in defence starts at the top before trickling its way down the side.

It says everything you need to know about the state of the club, and alarm bells should be sounding at Warriors' HQ.