The Sydney Roosters might have lost to the Penrith Panthers on Friday evening at the foot of the mountains, but coach Trent Robinson was left less than impressed by the performance of the officiating team, led by referee Gerard Sutton.

Sutton, who has this year been displaced as the Origin referee by Ashley Klein, instead being relegated to the standby official position in the opening two games of the series, was in the firing line for Robinson during last night's press conference after a string of controversial decisions.

The key call that left Robinson fuming was a penalty against Sam Verrills who was ruled to have placed Scott Sorensen into a dangerous position.

The tackle, which saw Verrills make a conventional legs tackle, saw Sorensen virtually run over the top of Verrills before losing his balance and nosedive into the ground.

The Panthers would score in the following set to take a 14 points to 6 lead at halftime, with Robinson labelling the call an "awful" decision.

Robinson was also left ropeable by the inconsistency from week to week regarding offsides and a decision to sin bin Angus Crichton.

“That was just a horrible decision,” Robinson said of the Verrills tackle.

“We shouldn't let a try in on the end of it, but there were so many poor decisions tonight.

“Same referee last week and there were 30-odd offsides and a 3-1 penalty count.

“Then every opportunity (tonight), the Sammy Verrills one, we also had the Crichton sin-binning... we’re not playing rugby union. Stop the game and send him to the bin, you don’t give them opportunities.

“It wasn’t a good enough performance tonight (from Sutton). They’re big decisions that you can’t get wrong and it wasn’t good enough.”

Robinson also appeared to suggest Sutton chose not to award penalties to the Roosters that were handed to Penrith. 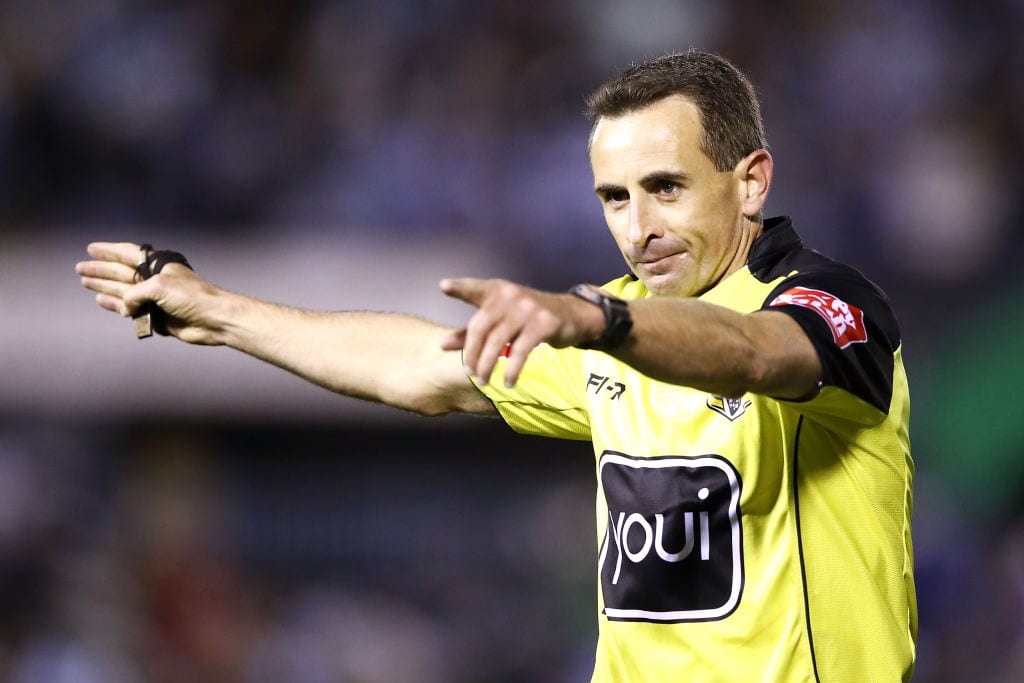 "It wasn't a good enough performance from him," he said.

"It wasn't going to happen in Roosters' colours. That's not bias, that's a fact, that you're not going to get those opportunities.

"Obviously there were issues there with our team and not the other team."

The game marked the fifth time the Roosters have had Sutton as referee this season, with the Roosters losing four from five. While they recorded a win against the Cowboys in Round 4, they have lost to Penrith twice, the Storm once and the Knights with Sutton in charge.

The NRL are yet to comment on Robinson's outburst, but with coaches generally unable to criticise individual referees, it's tipped he will be fined for the press conference display.