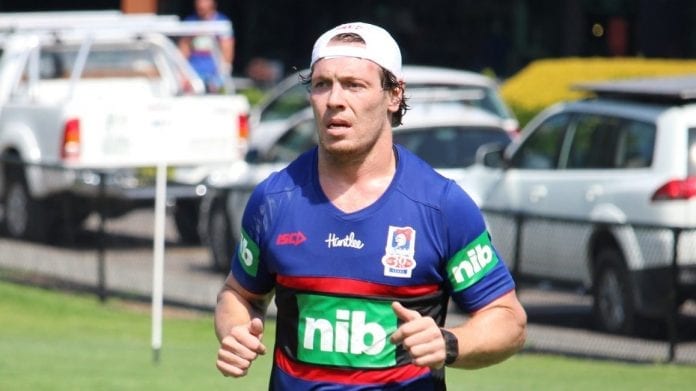 After joining the club this season, Newcastle Knights utility Rory Kostjasyn has been forced to announce his retirement from the game.

Kostjasyn sustained a complex throat injury during a routine pre-season training session in January. He has undergone a number of surgeries to repair the injury, however, his airways have been significantly narrowed.

“Retirement was a combination of medical advice and how my body was unable to adapt to a reduced airway,” Kostjasyn explained.

“It has by far been the most challenging six to seven months I've faced, not only in my career but in everyday life.

“Unfortunately, it's a challenge that I've been unable to overcome.”

The 30-year-old made his NRL debut at the Melbourne Storm in 2010 before linking with the North Queensland Cowboys in 2013.

The Central Coast junior retires after playing 126 NRL games and having won a premiership with the Cowboys in 2015.

“It hasn’t fully sunk in that I am retiring yet,” he added.

“I'm still frustrated every game day that I can't run out and play.

“When I reflect, I have been lucky to be a part of some great clubs and playing groups.

“I wasn't fast, big or super skilful but I just worked very hard to do my job for my teammates.

“Apart from not getting to play for the Knights, I can’t think of too many regrets.”

While unable to achieve his dream to play for the Knights, Kostjasyn’s career highlights include representing Ireland in the 2013 World Cup and key moments at his two former clubs.

“My debut and being part of the Melbourne Storm system under Craig Bellamy was a privilege,” Kostjasyn explained.

“The 2015 Premiership and 2016 World Club Challenge with the Cowboys stands out for obvious reasons.

“That playing group made those years extremely enjoyable not only because of the success we had on field, but the times we shared outside of footy.”

Kostjasyn now moves into a new position at the Knights working with the Under 16s and Under 18s, titled Elite Pathway Development Coach.

“I am looking forward to working alongside Scott Dureau, as we focus on developing some of the outstanding young talent in our junior squads,” he said.

“I am also excited to see our Club and the NRL squad progress, develop and succeed over the coming years.”