Josh Addo-Carr's possibly floated move to the Melbourne Storm appears unlikely to happen, but the reason why some Canterbury Bulldogs board members would have been comfortable with it has been revealed.

Addo-Carr's name was mentioned in a shock move for the remainder of the season earlier this week, with the Storm desperate to fix their backline crisis and make a push for the premiership.

The veteran winger made the move from the Storm to the Bulldogs ahead of this season.

It has now been reported that the Storm will secure the services of David Nofoaluma ahead of the August 1 deadline, with the Tigers' winger to take a spot on the flank in Craig Bellamy' side through to the end of the 2022 season.

While the move is yet to be confirmed, Canterbury director of football Phil Gould squashing any notion of Addo-Carr relocating seems to have all signs pointing towards Nofoaluma relocating.

According to The Daily Telegraph some on the Canterbury board would have been comfortable with the move, noting it would have saved the Bulldogs potentially more than $100,000 on the salary cap for the duration of the loan.

The Bulldogs are set to end up in a scrap to retain the services of Matt Burton from November 1, when he technically becomes a free agent, with the final year of his deal - in 2024 - slated as a player option.

It means he can negotiate with other clubs from November 1 this year with other off-contract players. 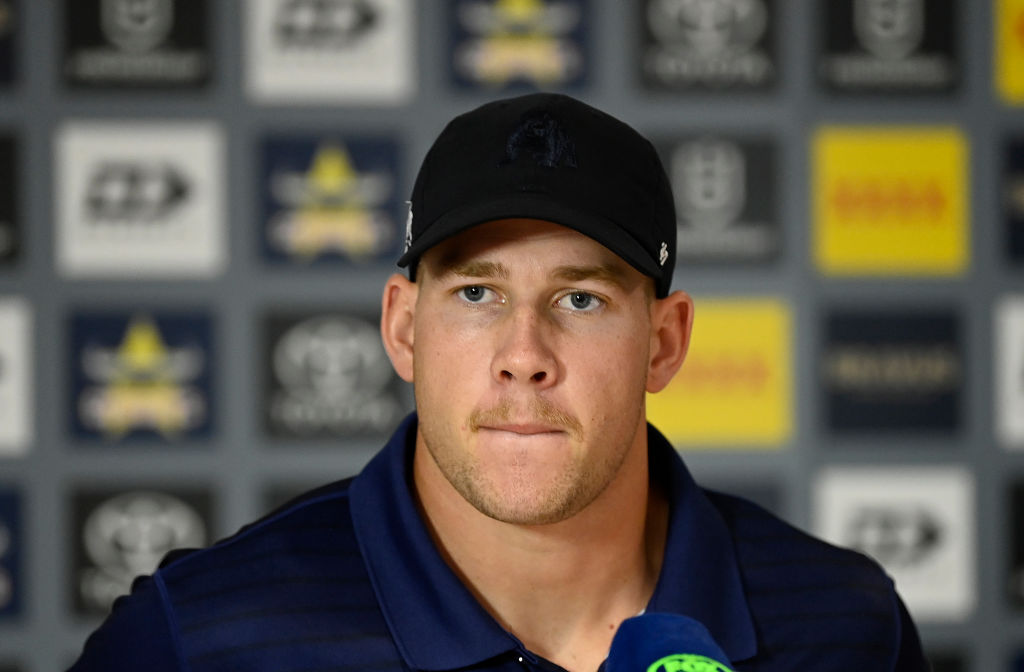 He is almost certain to test his value on the open market, and it's unclear if the Bulldogs, who will play Burton south of $600,000 for 2023, have the wiggle room to upgrade his deal.

Any extension of a deal before November 1 would come with an upgrade for 2023 though, so using the money from Addo-Carr to forward pay other players and then take the extra cash to the negotiation table for to sweeten a longer-term extension for Burton would have seemed a smart ploy from the blue and white.

Gould has spoken out against the Storm - or any club - using the loan system in this manner though, so the move looks incredibly unlikely, with the Bulldogs balancing the arrivals of Viliame Kikau and Reed Mahoney next season.

It's understood Burton's camp believe he could be worth $900,000 or more on the open market when he tests his value, making him one of the highest-paid players in the game.