The Canberra Raiders are set to be without veteran forward and club co-captain Elliott Whitehead for Sunday's match with defending premiers the Penrith Panthers after a sickening head clash at training on Wednesday.

The English-born forward has played in all six games so far this year and brought up his 150th NRL game during last week's second-half fade-out against the North Queensland Cowboys.

Starting the season at lock, last week was Whitehead's first game back in a preferred edge position - playing all 80 minutes for the green machine, making 40 tackles.

However, according to The Canberra Times, Whitehead suffered a head clash with youngster Ata Mariota at training on Wednesday which forced him to have plastic surgery to fix a gash on his lip and dental work on his teeth.

While he hadn't been ruled out at the time of the initial report, The Daily Telegraph are now reporting he has been ruled out of Sunday's match with the Penrith Panthers.

It's unclear, given the NRL's strict rules around concussion and returning from head knocks, as well as the nature of any other injuries sustained, whether Whitehead will only miss one game, or whether he could potentially now be in doubt for a Round 8 match with the New Zealand Warriors in Redcliffe.

Coach Ricky Stuart told the Canberra-based publication that the injury has come at a bad time. 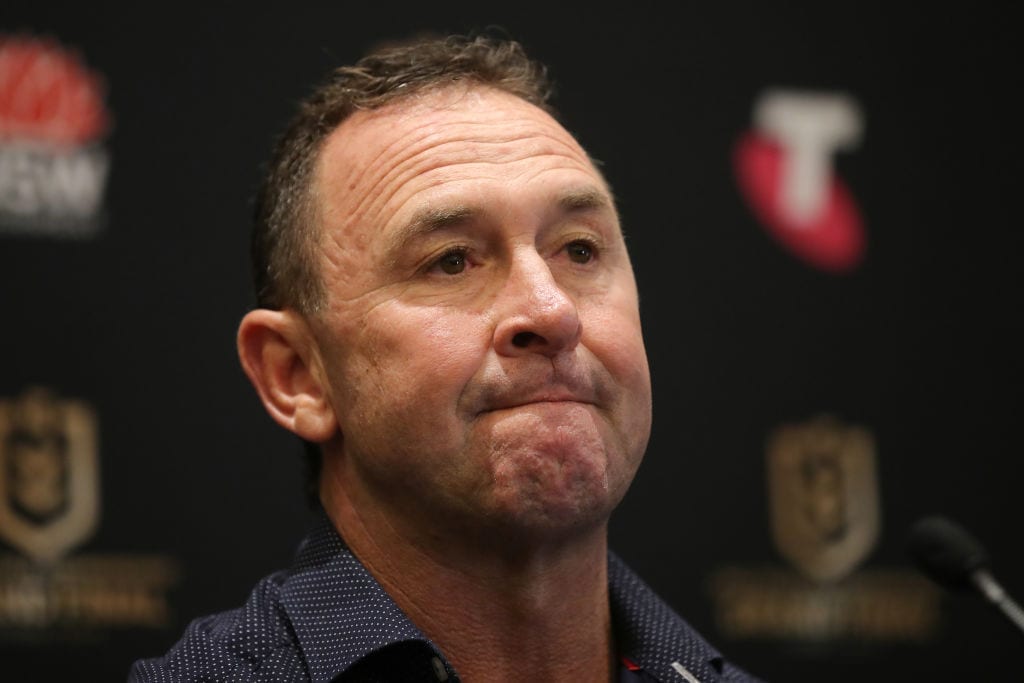 "It's very unfortunate for Elliott and come at a very bad time for the club with all the injuries we've got at the moment, and we've got some players carrying some injuries, but it's the reality and we've just got to keep moving forward."

In better news for the Raiders however, Hudson Young, who was named among the reserves for this week, is now likely to be parachuted into the side for Whitehead in a straight swap.

Young has missed the last two weeks - losses to the Storm and Cowboys - with a toe injury which saw him be a last-minute exclusion from the game in Wagga against the Storm.

The Raiders have lost three straight heading into Sunday's clash with Penrith, who have won six in a row to start the new year, with Stuart's side sitting in 12th place on the ladder with just two wins from their first six.