If the last horrendous fortnight at the Brisbane Broncos have proven anything, it’s that Payne Haas isn’t the club’s most important forward anymore.

The Broncos have now lost four of their last five, and it's no surprise that Patrick Carrigan has missed three of those losses.

The men from Red Hill have fallen apart without Carrigan on the field, and while Haas certainly brings a motor and skillset which few players in the competition have, there can be no real doubt that Carrigan is now the club leader in the engine room.

Of course, it would be impossible to pin the entirety of Brisbane's issues on one singular factor.

No team goes from competing for the top four to having 60 and then 52 points put on them at home in back to back weeks because of one player, factor or singular problem.

These runs of form are a long build up of issues, but the Broncos falling apart without Carrigan isn't a surprise.

You only have to remember that the Broncos were a bottom four side last year, and then remember that Carrigan spent most of the season on the sidelines with an ACL injury to realise how critical he has been to Kevin Walters' side this year. Could Carrigan have made the Broncos a finals team last year?

No, probably not, but his work ethic and desire in the middle third of the park both on and off the ball would have made the Broncos a far more formidable side than the one who rolled up week after week, turning over in meek surrender more often than they didn't.

Of course, the arrival of Adam Reynolds from the South Sydney Rabbitohs and Kurt Capewell from the Penrith Panthers - who both played in the 2021 premiership decider - have improved things, but the impact Carrigan has had can't be understated.

You only need to take one look at his stats line to realise what he has brought to the side, and why most good judges view him as a future Broncos and Queensland captain.

In his 13 games, Carrigan has averaged 143 metres per contest, made over 30 tackles per game with almost 95 per cent efficiency, added 20 tackle breaks and 17 offloads, and has added over 50 post contact metres per game. 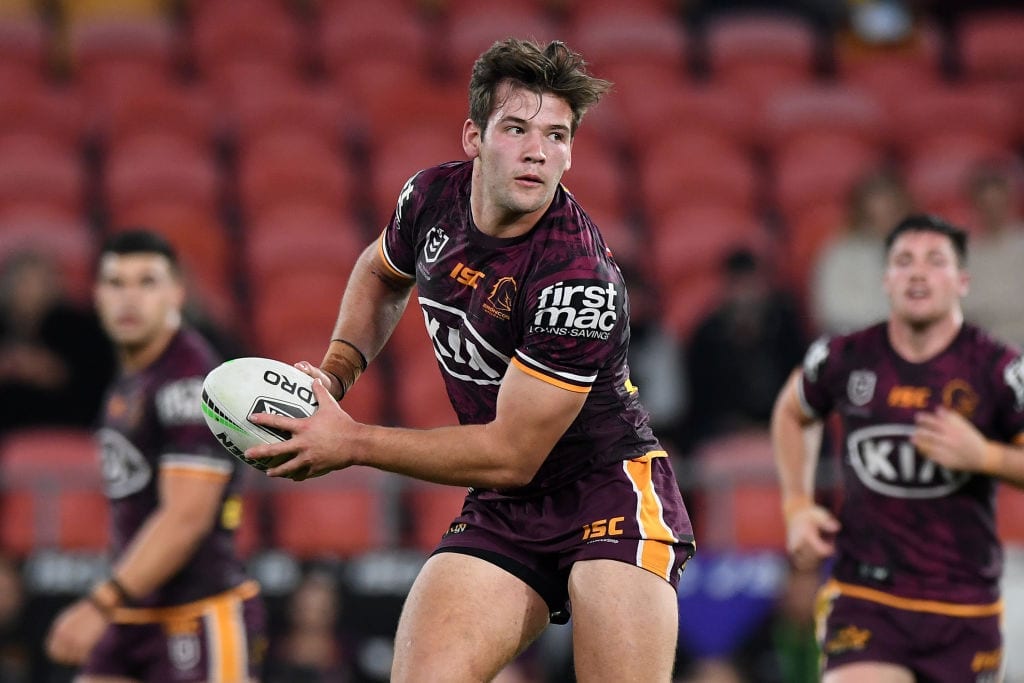 His work rate and big minutes have been excellent for Brisbane, and have also taken the pressure off Payne Haas, who has proven exactly why he shouldn't be earning a million dollars per season over the last month.

Aside from the last four weeks, his other significant absence this year between Rounds 5 and 8 saw the Broncos lose to the Roosters and Panthers (conceding 40) before beating the Bulldogs and Sharks, the later of those in an absolute scrap where the Sharks were well below their best.

Those Round 5 and 6 games saw the Broncos struggle to compete - something they have prided themselves on for most of the year with Carrigan at the wheel in the forward pack.

The losing efforts aren't solely down to Haas, but he has been a walking headline this year, and the last fortnight in particular have been some of the worst games the towering prop has put together since he made his NRL debut.

The headlines have certainly detracted from Brisbane at times this season, but Haas has made just 87 and 105 metres in the last fortnight.

That has been added to some lazy work in defence, while his post contact metres have also dropped right off, as has any other semblance of being an attacking threat.

Brisbane need their forward pack to dominate. Early ball for Kotoni Staggs and Herbie Farnworth on the back of it, sparked by the calm, cool experience of Adam Reynolds and vibrant youth of Ezra Mam is so, so important. 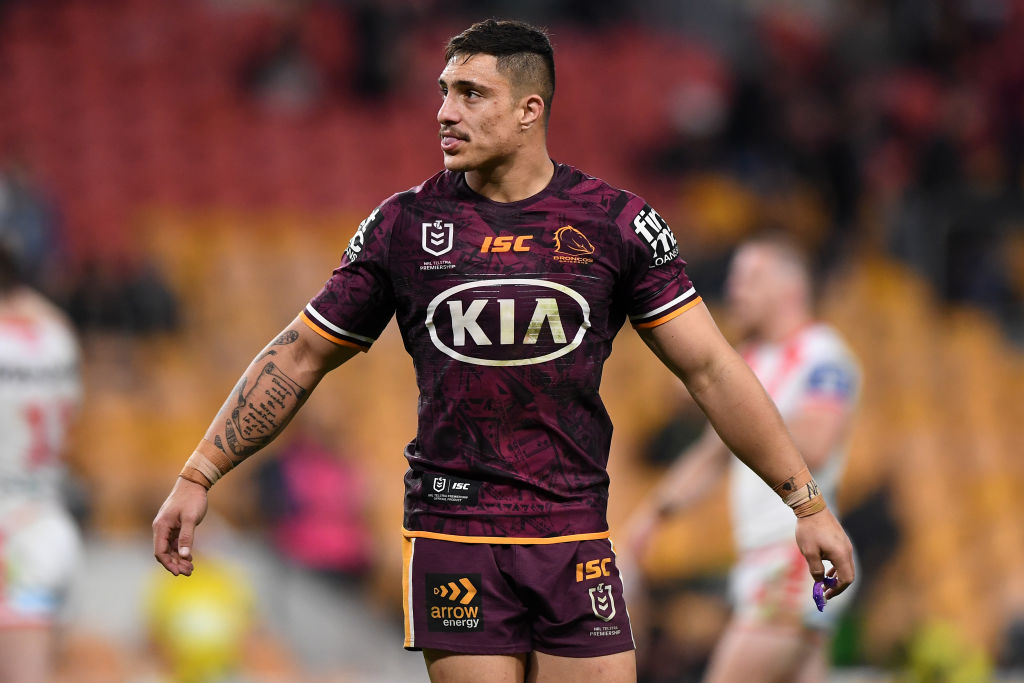 But the moment that dries up is the moment Brisbane suddenly look like more of a bottom eight side than a top eight side, and that is exactly where they are headed with results needing to go their way if they are now to sneak into the finals this season.

That is a sentence that never should have been written halfway through the year given where the Broncos were and the sort of form they were in.

As mentioned, there are other problems at Red Hill. The number nine jersey is a big one, as is a lack of experience in some key positions, however, Haas and Carrigan's one-two punch has been an enormous part of their season.

That disappearing - and with it Haas' form - has left the Red Hill-based operation out in the cold and staring down the barrel of missing the finals.

That all said, Brisbane desperately need more reinforcements across the side, and caving to the insane salary demand of Haas will limit their ability to do that.

This is a club who must value Haas correctly and build the team around him and Carrigan being a combination punch up front.

Like it or not, Carrigan is now the heart and soul of the Broncos.

Get it right and the sky is the limit for not only the Broncos, but Haas as well.

Get it wrong, and things could again turn pear-shaped very quickly for Brisbane.