The NRL are still yet to make a final decision on whether the 2022 grand final will be held in Sydney or Brisbane.

While the 2021 grand final was held in Brisbane due to the COVID lockdown in Sydney and New South Wales, the NRL's long-running contract with the state government in New South Wales was supposed to move the biggest game of the season back to Homebush this year.

However, part of that contract suggested that the state government were supposed to stick to upgrades for stadiums.

Originally, money was to be poured into Homebush, however, that was eventually replaced by the idea of upgrading suburban stadiums.

While Penrith has been rubber stamped for a completely new venue, the other funding for other venues at Manly, Leichhardt and Cronulla has been held back by the state government on account of recent floods impacting the overall budget situation.

Australian Rugby League Commission chairman Peter V'Landys went on a media tirade a few weeks ago against the government decision, suggesting the grand final could be moved to Brisbane as a result of the funding being withdrawn. 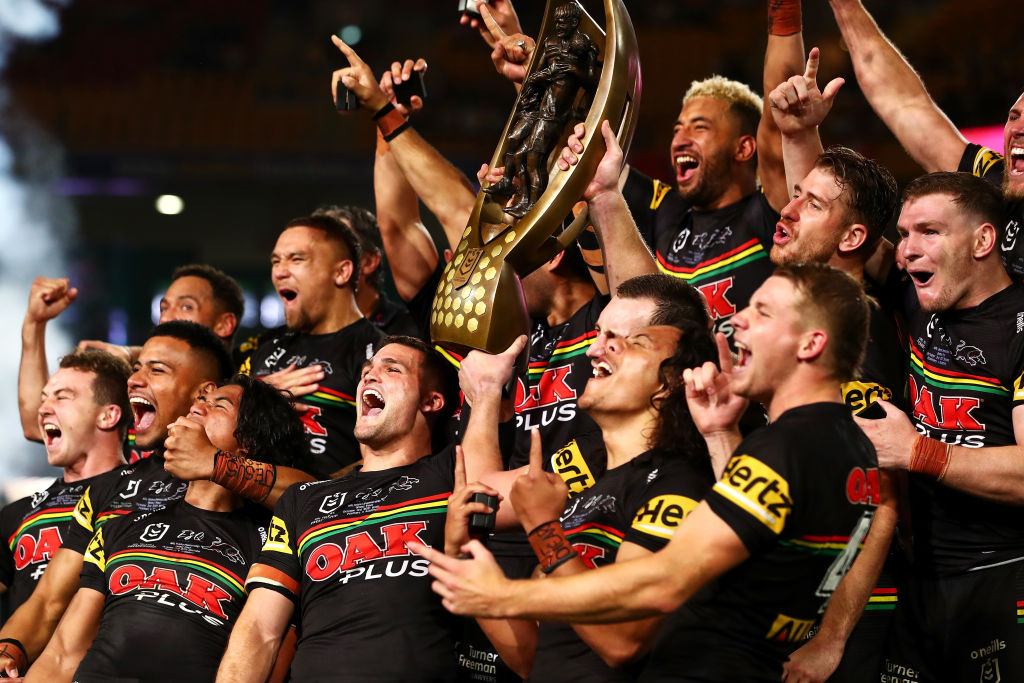 He has now revealed the decision is still yet to be made, telling AAP that the NRL are in contact with both state governments and have deferred a decision to the end of the week, despite the fact the regular season now only has three weeks to run and tickets would normally be well and truly on sale by now.

"The commission has deferred the decision but it will be made by the end of this week," ARL Commission chair Peter V'landys told AAP on Tuesday.

"We're in good discussions with both the NSW and Queensland government.

"We'll go through all the information and all the details, and then we'll make a decision.

"It's a big deal for us, and it's commercially one of our big-ticket items."

V'Landys revealed forward progress has been made with the New South Wales government, however, it remains unclear if under the contract with the government whether the NRL could strip the state of the grand final without facing ramifications of their own.

Son down: Arthur’s big call ahead of Grand Final selection