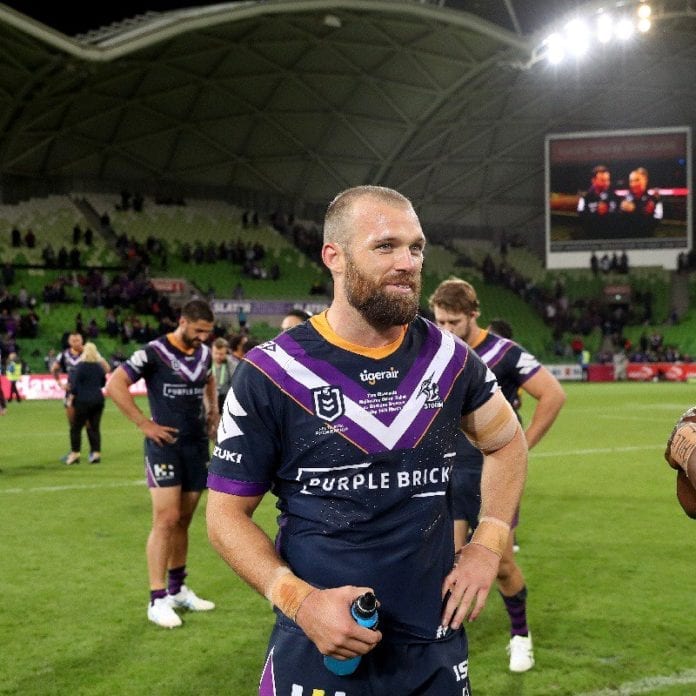 Storm forward Tom Eisenhuth was admitted to hospital overnight after copping an elbow to the throat in the final stages of Melbourne’s Thursday night victory over Brisbane at AAMI Park.

The incident was accidental, with the new Storm signing playing out the final minutes of the game.

Whilst seemingly innocuous, the 26-year-old developed breathing difficulties later in the night and was subsequently taken to hospital.

The Storm released a statement announcing that Eisenhuth was being assessed by medical professionals while remaining in hospital, and that a further update would be provided when available.