The Newcastle Knights season of woe continues to go from bad to worse, with Bradman Best and Enari Tuala both reportedly set to be stood down for failing to adhere to team standards.

It's understood that the two players were late for the team bus in Brisbane on Sunday morning as the Knights prepared to fly home after being beaten by the Brisbane Broncos on Saturday night.

The news was confirmed by the club's new head of football Peter Parr at a press conference on Tuesday morning.

“They were late for the team bus on Sunday morning,” Parr said.

“They weren’t late by a long-period of time. They didn’t meet the standards necessary that are best for the thing to do.”

The loss to the Broncos leaves the Knights on just 14 competition points with 6 wins from 21 games so far in the 2022 campaign. They sit four points clear of the wooden spoon - currently occupied by the Wests Tigers - however with just three games remaining.

Tuala and Best being stood down likely means Edrick Lee will come back into the side on the wing, while Hymel Hunt could be recalled to play in the centres.

The news follows a horror period off the field for the Newcastle Knights, stretching all the way back to August 1, and taking another turn over the weekend when a video of players Kalyn Ponga and Kurt Mann being kicked out of a toilet cubicle at a venue emerged.

It has been revealed by Ponga's father Andre that Kalyn was sick in the toilet and Mann was only there to support him after they went out for drinks following a house purchase for Ponga.

It's believed that is the story that has been told to the club as well, with an investigation believed to be underway into the incidents.

Some have suggested Kalyn Ponga could be stripped of his captaincy for the incident, however, it's believed the Knights won't take that course of action. 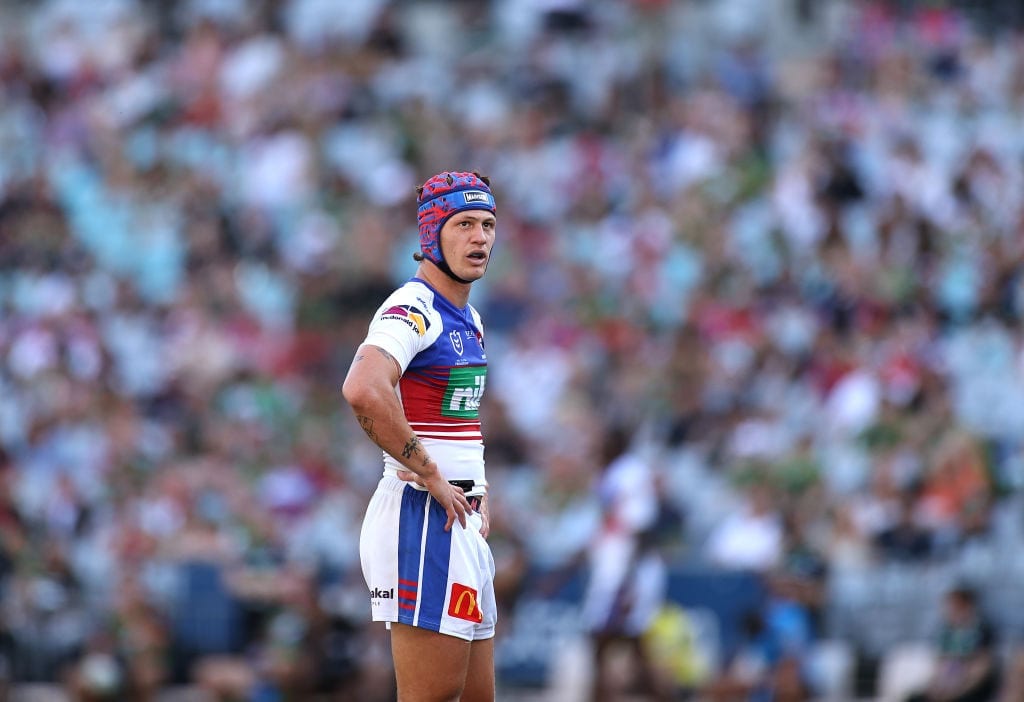 Both Ponga and Mann are recovering from injuries.

Prior to that, the story at the club had been centred on David Klemmer, who was reportedly set to shift to the Parramatta Eels on the final day of the transfer window.

While that never eventuated and he has re-committed to the Knights, he was then stood down the following week for allegedly verbally abusing and ignoring an on-field trainer attempting to have Klemmer move to the interchange bench.