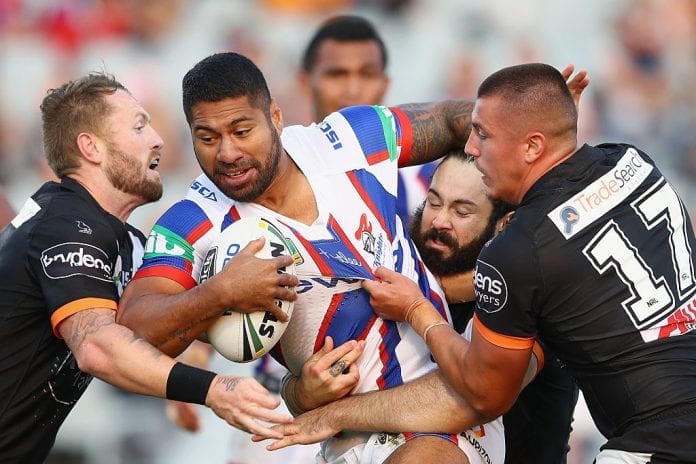 Hull FC have landed two additions for next season, with powerhouse winger Bureta Faraimo joining the club and Mickey Paea returning to the club from 2018 on two-year deals.

Faraimo, a USA international, joins the reigning Challenge Cup holders from NRL side Parramatta Eels after catching the eye in the 2013 Rugby League World Cup for the Tomahawks, who reached the quarter-final in their first-ever appearance in the tournament.

He made his NRL debut for the Eels in 2014, touching down nine times in 15 appearances and he notched an impressed 31 tries playing in the Queensland Cup for Mackay Cutters.

He was limited to just two appearances in 2016 for the Eels, but he still made a staggering 289 metres and crossed for a try, whilst averaging over 100 metres a game so far this season.

Meanwhile, Paea, who spent two years with the Black and Whites before joining Newcastle Knights, in the NRL, returns to Hull next year having signed a two-year deal.

The former Tongan international, who made the move across the city ahead of the 2014 campaign from Hull Kingston Rovers, made over 40 appearances for the Airlie Birds.

The one-time Exiles representative was a real fans favourite at the KCOM Stadium during his two-year stay, as well as being extremely popular around the city, having been named Community Player of the Year in his maiden campaign.

He made a big impact in his four years in Super League, topping the metres chart for his respected sides three out of the four seasons he played in Super League.

The 31-year-old began his career with Sydney Roosters before spending time with St George Illawarra Dragons and Canterbury Bulldogs prior his switch to the Super League.