There is one week of the NRL regular season to play, and still plenty of changes which could happen to the ladder. Here is how every Round 25 game will impact the final standings.

The race for the minor premiership, top four and top eight are all still alive as we head into the final eight games of the season.

First, the full ladder. (Click here for the live ladder throughout the weekend).

Let's get into the games.

Both teams have plenty to play for here. Starting with the Raiders, and they are in a must-win position. Their narrow win over the New Zealand Warriors kept them alive last weekend, but did nothing to improve their shoddy for and against, which could yet still come into play.

They will need to beat the Roosters and then likely rely on the Sharks, and for that matter the Titans, losing their games to make the finals. A loss and they could still yet finish tenth.

The Roosters have fallen back to sixth place on the ladder thanks to the Eels' shock win over the Storm. It means their for and against is what's holding them back, and they are unlikely to breach the top four given Manly's likelihood of beating the Cowboys.

Still, if Manly and Parramatta both lose, then the Roosters could leapfrog into the top four. It's likely they will be fifth or sixth though and face whichever team squeezes into eighth. 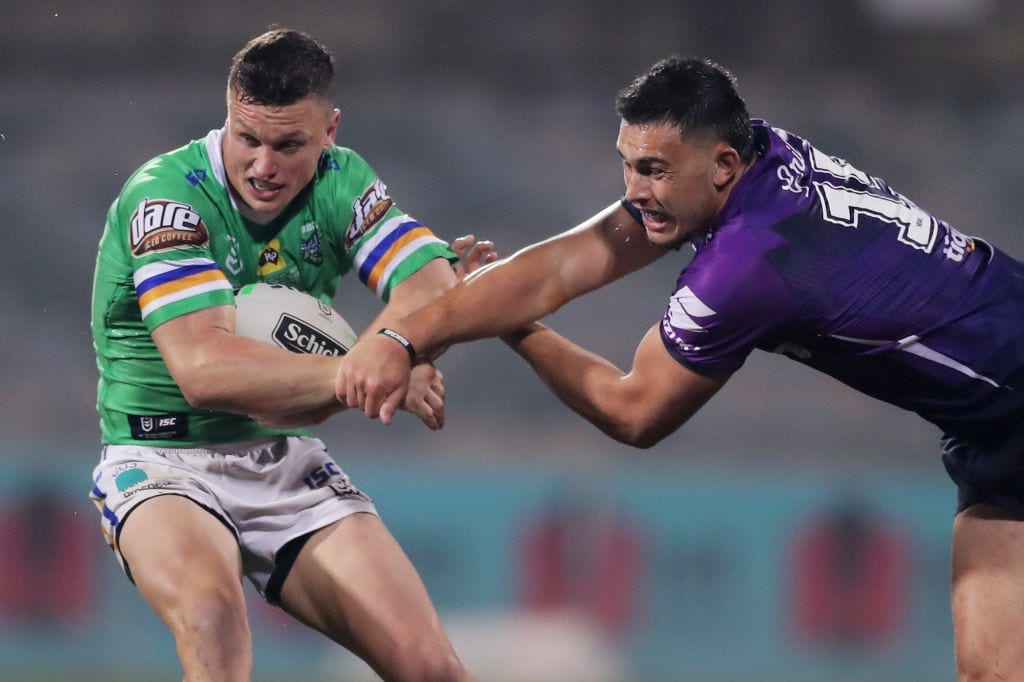 The Sharks did what they had to do last weekend with a win over the Broncos, but now they could need victory over the Storm to finish eighth. A loss to Craig Bellamy's side, and they are relying on the Raiders falling apart against the Roosters, and the Titans not beating the Warriors by enough to reverse the for and against situation.

In short, it's fairly likely that a loss will see the Sharks bundled out of the finals.

The Storm enter Friday off the loss to the Eels, but still in the box seat for the minor premiership thanks to their superior for and against differential of 131 over the Panthers. A loss could well see them drop to second though.

The Panthers will know exactly what they are playing for come kick-off. If the Storm lose their game earlier in the evening to the Sharks, then a minor premiership awaits a win. If not, they can save themselves for a clash with the Rabbitohs in Week 1 of the finals.

The only question is whether they'd be ranked second or third, should they lose to the Eels. South Sydney are only 38 behind in the for and against stakes and would need a win to make points level.

The Eels will also know a little more based on the Roosters' Thursday night result. If they manage to beat the Raiders, then the Eels would need a win to ensure they play the Knights, rather than the team finishing eighth. They will also want to keep the pressure on Manly for the final spot in the top-four with a win. 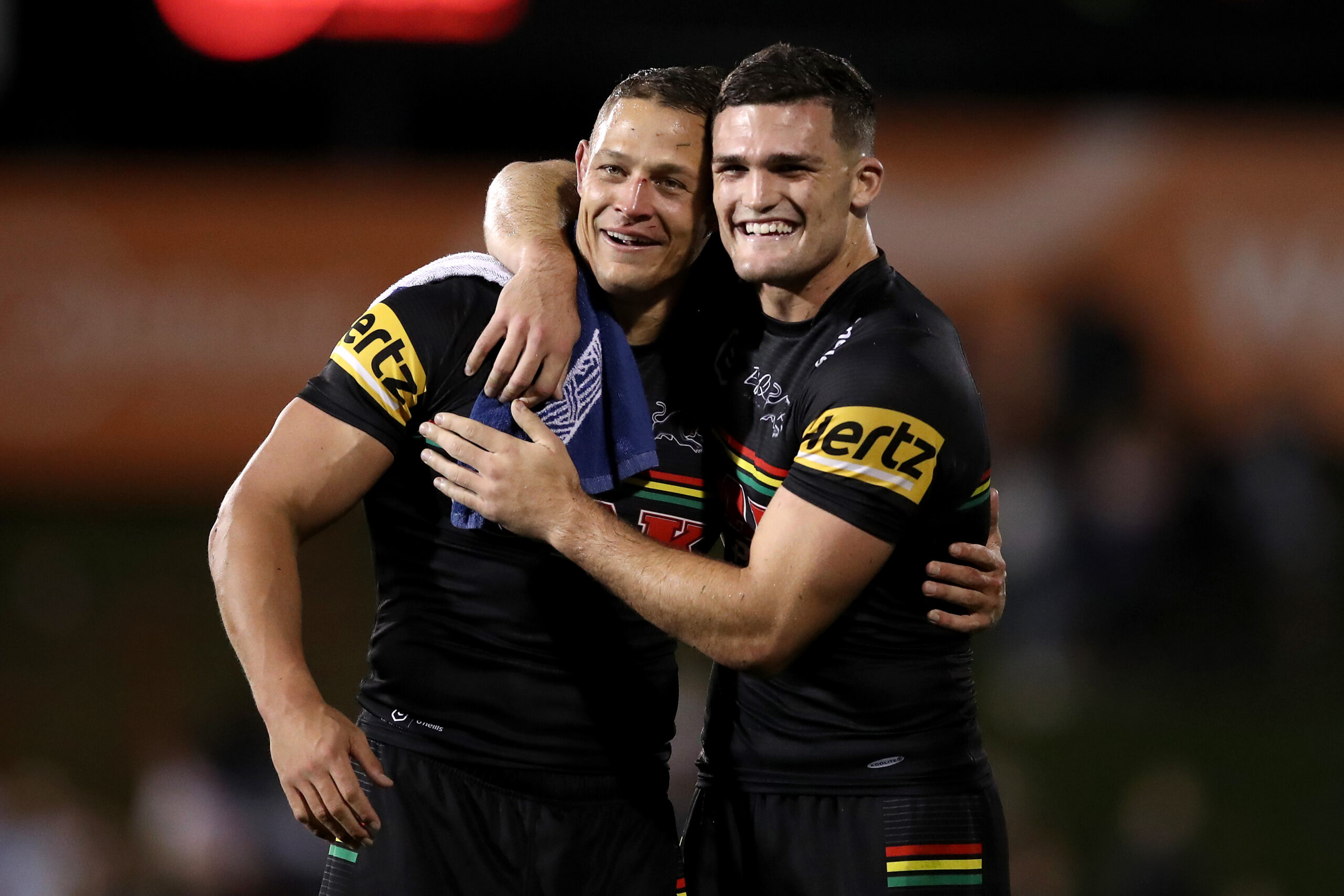 This is the first real 'dead rubber' of the weekend. The Broncos are in 15th and could shoot up to 14th with a win, provided the Cowboys don't beat the Sea Eagles, but can't go any further.

The Knights, on the other hand, are stuck in seventh. Six points behind the Roosters. Four points ahead of the Sharks. They could rest plenty of players to get ready for an elimination final against one of the Sea Eagles, Eels or Roosters.

The Cowboys have next to nothing to play for. They can't escape the bottom four because of a horrid for and against, and can't go any lower than 15th, with only the Broncos able to catch them.

The Sea Eagles on the other hand are in a pretty simple position. Win, and they will lock in fourth spot and the valuable second chance. Of course, how much they want to play against the Storm is anyone's guess. Lose, and pending earlier results of the Eels and Roosters, they could fall all the way to sixth, which would see them play the Knights in Week 1.

Wayne Bennett talked about resting players for this one before he lost some to suspension. It's a dead rubber for South Sydney. They are going to finish either second or third and likely play the Panthers in Week 1 of the finals. They can finish second with a win by enough to bridge a 38-point difference in for and against with the Panthers.

The Dragons' have lost six straight and it just doesn't look like changing. An unlikely win could propel them as high as 11th, provided the Titans beat the Warriors, while a loss could see them fall into the bottom four if the Tigers beat the Bulldogs. 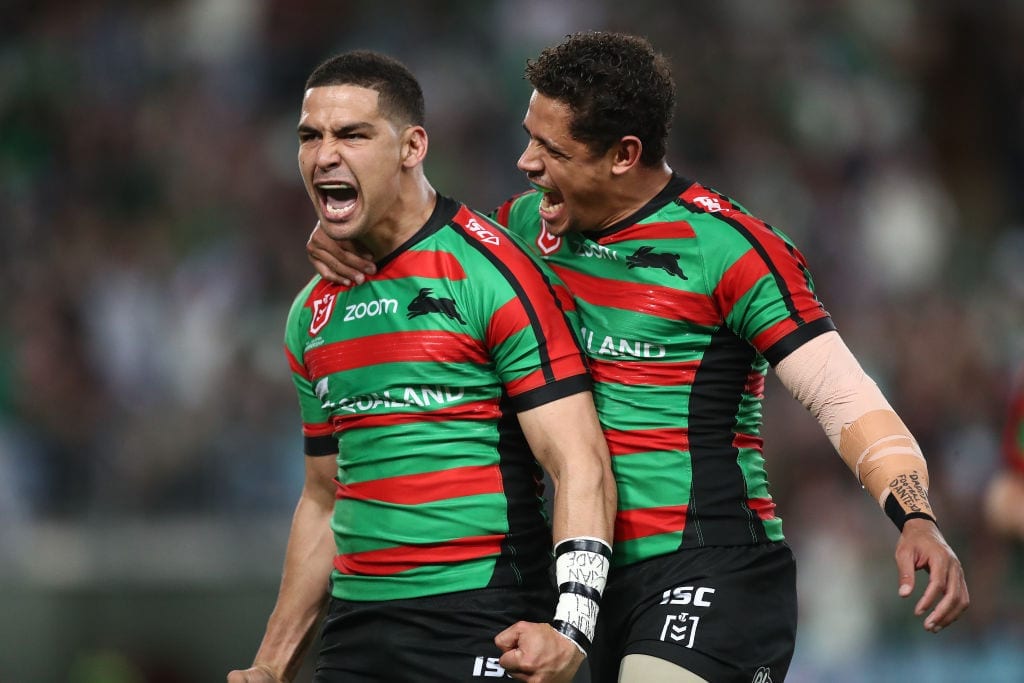 This is the final game which will have a say on the finals, and that is only provided results go as the bookies expect, with the Raiders and Sharks losing. Otherwise, the final day of the season becomes a serious bust.

The Warriors' loss to the Raiders last week means they can't finish higher than they currently sit unless they beat the Titans by 40 or more. They can fall as low as 13th with a loss, and the Dragons and Warriors both winning though.

The Titans, should the Sharks and Raiders both lose, simply need to win and have a 23-point turnaround in for and against with the Sharks, which, you would suspect is more than doable.

What a game to finish the season. Yes, sarcasm.

The Bulldogs are stuck at the bottom and not going anywhere. The Tigers can technically still finish as high as 11th if the Warriors and Dragons both lose, which could happen yet, so on that front, the Tigers could still escape the dreaded bottom four. Their for and against is too far ahead of the Cowboys for dropping to 14th being a realistic possibility.

None of it will change the outcome though - a dismal season for both of these clubs. Channel 9 must be thrilled.