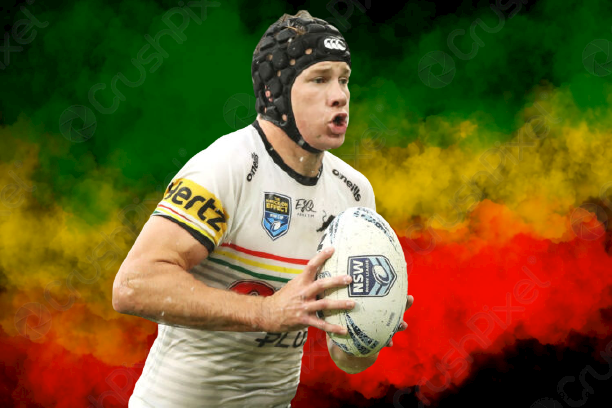 Could Panthers young gun Matt Burton backflip on his deal with the Canterbury Bulldogs and stay at Penrith?

The emerging halfback has signed a two-year deal with the Bulldogs from 2022, with a player option for a potential third season.

Originally expected to struggle for opportunities at Penrith in his preferred five-eighth role, Burton has flourished in the centres this season for the undefeated side.

“He’s backflipping, he’s not going to the Dogs,” a tongue-in-cheek Alexander said on Morning Glory with Matty Johns.

“Matt Burton is now playing in the centres, and he’s keeping out the centres that were playing centres.”

it follows legitimate calls from Panthers CEO Brian Fletcher earlier this week for Burton to backflip on his Belmore deal.

Fletcher told The Sydney Morning Herald it would be in the best interests of Burton’s career to remain at Penrith.

“For his development and his future, he would be far better staying with us next year,” Fletcher said.

“He’s a young bloke and his future would be assured here. He will keep climbing the ladder with us. I don’t know if that will be the case at the Bulldogs. One player can’t win games on his own.”

Burton has played 11 NRL games for the Panthers since making his first-grade debut in 2019.