The St George Illawarra Dragons have slumped to their fourth straight loss, falling to the South Sydney Rabbitohs by 24 points to 12 at Accor Stadium on Saturday evening.

After starting the season in positive fashion, with a win over the New Zealand Warriors, followed by a competitive performance against defending premiers the Penrith Panthers, things have gone from bad to worse for the Red V.

A loss to the Cronulla Sharks in gale like conditions during Round 3 was followed by Anthony Griffin electing to dump Tyrell Sloan and demote Talatau Amone to the bench.

Moses Mbye was called up at fullback, and Jack Bird was shuffled to the halves, however, conceding 48 points against the Parramatta Eels was met by picking the same 17, with the Dragons making a staggering 17 errors during Saturday's clash with long-time rivals South Sydney.

Unsurprisingly, calls have hit fever pitch for Sloan to return to the side, with Mbye struggling to play at the back, however, Griffin defended his selection call, suggesting Sloan "hasn't played much football against men" during his post match press conference.

“We will have a look at it, but for Tyrell it is a development for him,” Griffin said.

“He is learning how to do some things and I don’t want to go into what they are. 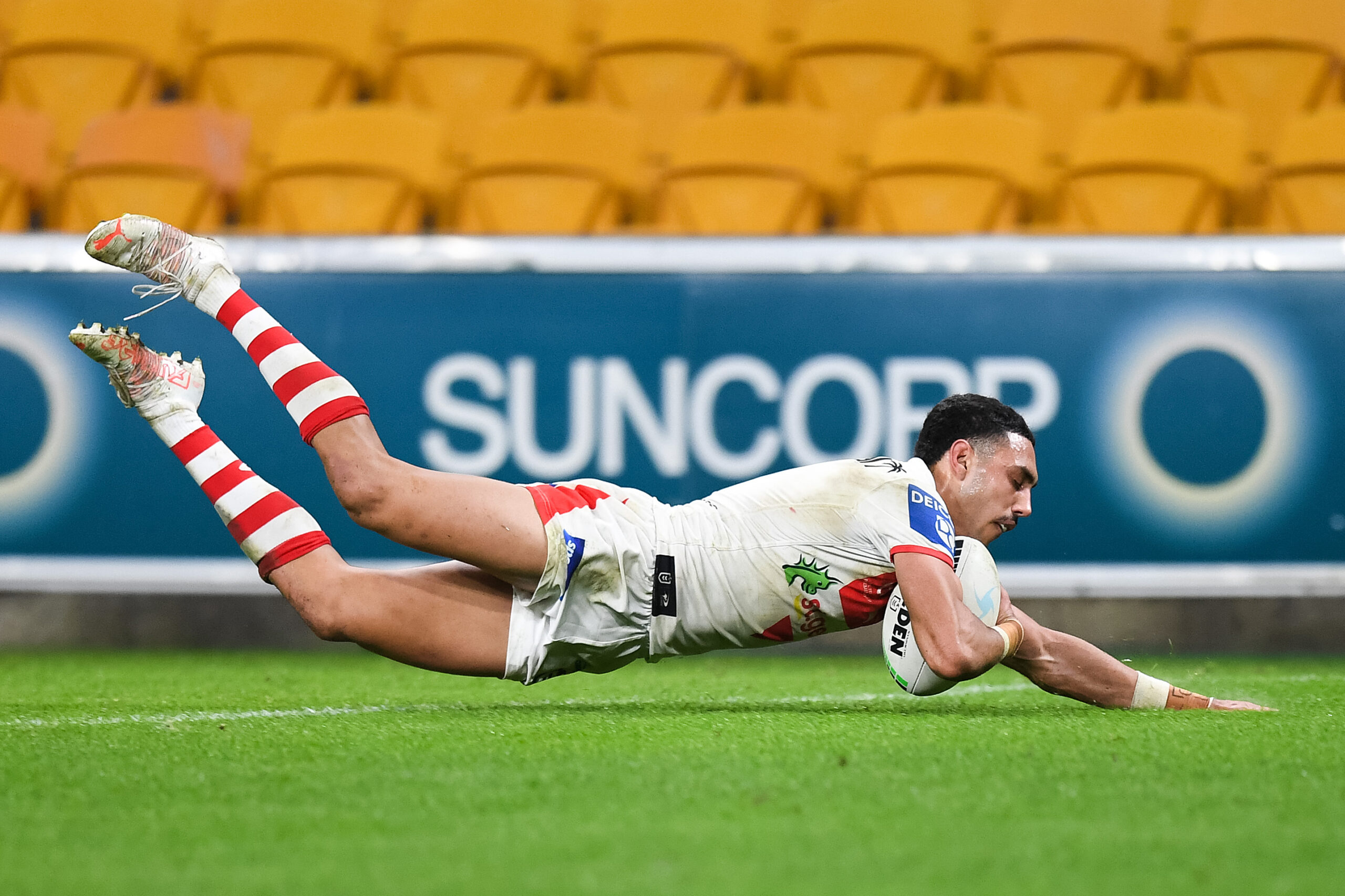 “They are coaching things that we are trying to help him with and he is responding really well.

“When the time is right and when his form is right in those areas, like any other player he will get his chance.

“The thing with him and Junior (Talatau) is we put them in there last year straight out of the 19s,” Griffin said.

“They haven’t played a lot of football against men other than going straight into the NRL, which is a credit to them the way they handled it, but this time last year they were playing in the under 19s.

“So there is still a lot for them to learn and I just want to make sure we care for them and get them the right education and sometimes that is not in first grade.”

Instead of running out with his teammates at NRL level, Sloan played in the pre-cursor at Homebush on Saturday, being involved in the Dragons first NSW Cup win of the season, a 30-26 victory over a Rabbitohs side housing plenty of players on the fringe of first-grade, including Jaxson Paulo, Isaiah Tass, Hame Sele, Peter Mamouzelos, Shaquai Mitchell and Siliva Havili.

Griffin confirmed Sloan would be considered for selection next week, with the Dragons desperate to turn things around.