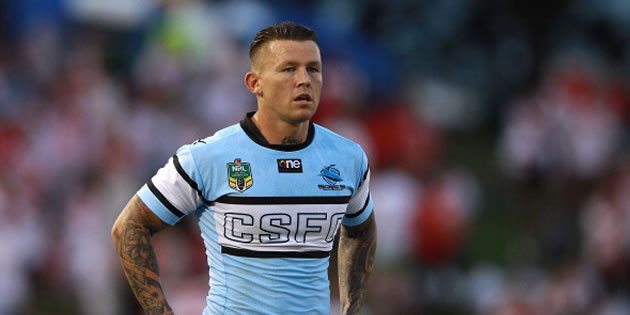 Dally M winner Todd Carney is looking to give back to the NRL and possibly protect the names and credibility of players from troublesome social media posts, like the former NRL star’s infamous ‘bubbler’ incident.

Carney has become an investor into SocialBase, an app that would look to prevent any potential scandalous or harmful social media posts being posted online.

The app is aiming to launch soon, including a “Todd Carney feature”, which would mean a club’s social media manager would have control of what is posted to social media from their players accounts.

Carney, who is currently a concreter on the Gold Coast, has been a part of the app’s development from day one, with close friend Mitchell Micallef developing the product.

Speaking to NCA NewsWire, Carney said the idea would be a way to give back to the game.

“I still love the game to death,” he said.

“I’ve learned the lesson the hard way, and hopefully I can eliminate players from going down that path.

“It’ll be perfect for rugby league players and sport in general, day-to-day people in general life.

“I’m not a parent but if their son or daughter was about to post something and you didn’t want them to, it goes through to the parents and they decide whether it’s posted on social media.”

The infamous bubbler picture wasn’t posted to social media by Carney himself but it cost him his career with Cronulla, as he believes players shouldn’t lose their careers over obtuse posts.

“Players might not mean to do it, sometimes you could be on the devil’s drink at two in the morning and post something, but at least now you know someone’s there to look over your post,” Carney said.

“We’re all adults here but you can do some silly things, so hopefully we can limit that.”

Carney was also sacked from Canberra and was released by Sydney for off-field incidents during his career.

Micallef revealed the functions of the app, with belief the app should be mandatory for NRL, AFL, Rugby Australia and Cricket Australia members.

“We’ve made it pretty much bulletproof,” Micallef said.

“If a player posts a photo, it will go up as if it’s posted but it won’t clear.

“The manager or whoever they put in as their social media manager will get that notification, they can view the post, they can edit, accept or decline.

“If a player posts at two in the morning, it won’t post until the manager presses accept or decline. It takes the risk out of the game for sponsors, club, players.”

What your club needs for 2021: South Sydney Rabbitohs