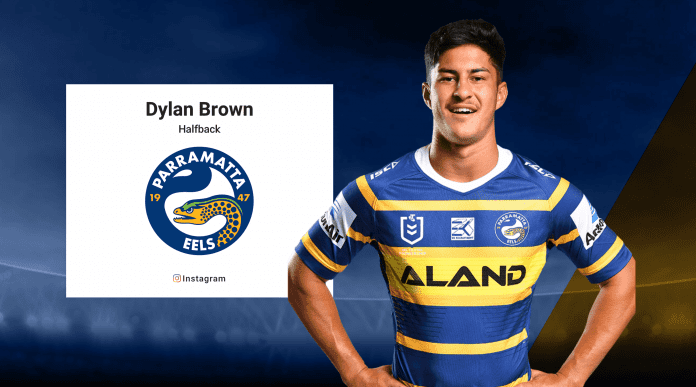 Following the off-season departure of Corey Norman to the Dragons and no direct signings made to replace him, Brad Arthur looks set to give Dylan Brown his NRL debut in the halves alongside Mitchell Moses.

Following the Eels last gasp 22-20 trial loss to the Raiders, Brad Arthur has told NRL.com that he was happy with what he saw from his new halves combination of Mitchell Moses and Dylan Brown.

By all reports Moses controlled the game well from halfback, laying on a few try assists as well as kicking skilfully in general play. Moses’ ability to control the game allowed his 18-year old halves partner Dylan Brown to pick and choose when to assert himself on the game.

“Dylan took the line on a couple times which was good. Mitch had some nice touches. They kicked well, stuck to our plan,” Arthur told NRL.com.

Although Brown may only be a new commodity to most NRL fans, his talents have been known to a number of Parramatta’s rivals off the back of a stellar few seasons for the Eels NYC team. The Hikurangi Stags junior was even subject to a mammoth six-year multi-million-dollar deal from the Warriors, with a view to him replacing the Cronulla bound Shaun Johnson. Luckily for Eels fans, the Parramatta board emphatically rejected the Warriors overtures as coach Brad Arthur see’s the youngster to be firmly in his future plans.

Following Parramatta decision not to release the Auckland born halfback, Brown has reportedly won the respect and admiration of his teammates through his performances during taxing pre-season fitness drills. Club captain Clinton Gutherson told The Talk in Parradise of Brown’s exploits, saying “All the young boys have stepped up into the full-time squad – especially Dyl stepping in, now that Normy’s gone he’s sort of taken a bit more control with Normy gone, so it’s impressive.”

“He pushes his body to the limit in everything he can do and I think we could’ve seen that from week one when he was pushing and fainted, that’s how hard he was running."

“It’s exciting to see that a young fella, 18, coming into the squad just trying to push his case and I’m sure the coaches, Brad and the coaches, really want to see that — and I know that he earned a lot of the boys’ respect by doing that."

The well-built halfback is on contract with Parramatta until 2020, and is set to round out a young and exciting spine also featuring Mitchell Moses, Clinton Gutherson and Reed Mahoney.