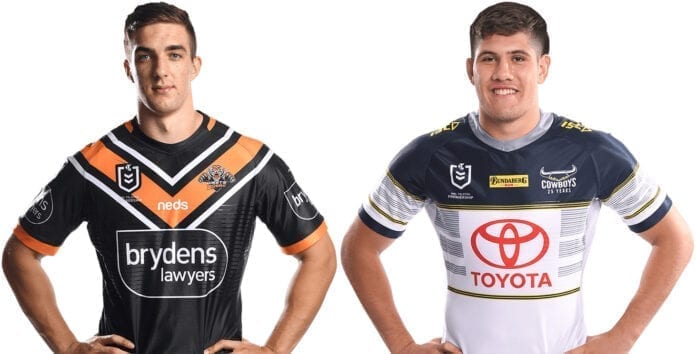 The Wests Tigers and North Queensland Cowboys have announced a player swap.

The Wests Tigers have released Kane Bradley from the remainder of his contract to join the Cowboys, while Tukimihia Simpkins will head the other way joining the Wests Tigers.

Bradley has signed a two-year deal with the Cowboys and will add depth to their outside backs.

"Kane is a big body with speed and has been a noted try scorer in the lower grades.

"He adds significant depth to a position we believed we were a little undermanned and all reports we received about his work ethic, attitude and character were glowing."

Promising young forward Simpkins has signed a three-year deal with the Wests Tigers.

"Tuki will add a lot to our forward pack over the coming years, and adds to the already talented young squad we’re building for the future of Wests Tigers."