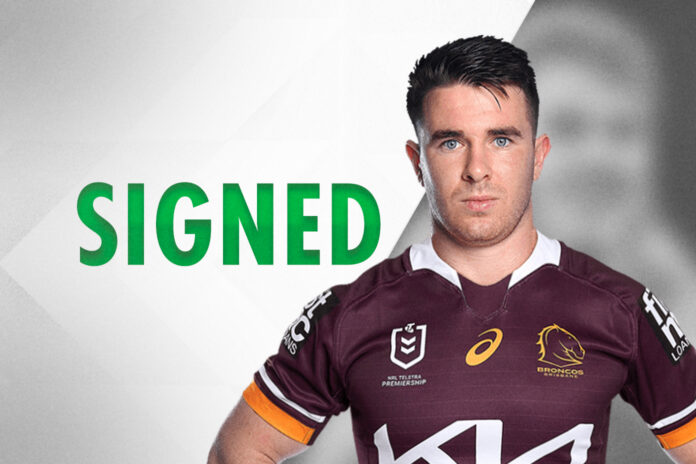 Reports emerged just under two weeks ago, and now the Brisbane Broncos have officially confirmed the arrival of unwanted Wests Tigers playmaker Jock Madden on a two-year deal.

Madden, a former Australian Schoolboys captain, had initially been linked to the Penrith Panthers as he sought a way out Concord, unable to break into the starting side behind the preferred halves options of Luke Brooks, Jackson Hastings and Adam Doueihi.

Brisbane joined the race, seemingly out of nowhere, following the departure of back-up half Tyson Gamble to Newcastle, and clearly Madden and the club believe he’ll have plenty of opportunities in the next campaign.

Though his current deal will end in 2024, there is a strong belief that Madden is being considered as a replacement to Adam Reynolds, should the veteran playmaker decide to retire at the end of his next contract.

“Jock is a great signing for our NRL squad,” coach Kevin Walters said in a release.

“He’s a talented young player who has some NRL experience and knows what it takes to train and play at the top level.

“He’s a good developing half with plenty of skill and vision in his passing, running and kicking games. He gives us some really nice depth in the halves, and we saw some of (his talent) on display at Suncorp earlier that season.”

The performance Walters was referring to was the Tigers’ drought-breaking win over Brisbane in Round 20, where Madden seemed to have a hand in everything and even scored a try of his own in a rare positive moment for the beleaguered wooden-spooners.

“We’re looking forward to Jock joining us for pre-season in November as we build in to a big 2023.”

Madden finishes his time at the Tigers with 17 NRL appearances to his name since he made his debut against Newcastle during the 2021 Magic Round at Suncorp Stadium.