Penrith Panthers star half Nathan Cleary has copped a Grade 3 dangerous throw charge for an ugly tackle which saw him sent off during Friday night's loss to the Parramatta Eels.

The charge carries a penalty of five matches with an early guilty plea, or an increase to six matches if he fights at the judiciary and loses.

The tackle, which came during the first half of the game, saw Cleary place his hands between Dylan Brown's legs before the Parramatta five-eighth was placed onto the ground in a virtually upright position.

Referee Todd Smith, after consultation with Grant Atkins in the bunker, elected to send Cleary from the field, making him the first player sent off for a dangerous throw this season, following Karl Lawton and Brent Naden.

Both of those offences were hit with a Grade 3 charge and four-week penalties, however, this being Cleary's second offence of the season after a Round 6 dangerous contact charge on Billy Walters means he is only eligible for a five-week penalty under the NRL's judiciary code, which was changed ahead of the 2022 season to remove the confusing carryover points method which used to exist.

The Panthers would go on to lose the match to the Eels, with a run of tries conceded shortly after Cleary was sent from the field, before the Panthers rallied to stem the bleeding in the second half.

Cleary took to Instagram after the game to apologise for the tackle and for letting both fans and his teammates down. 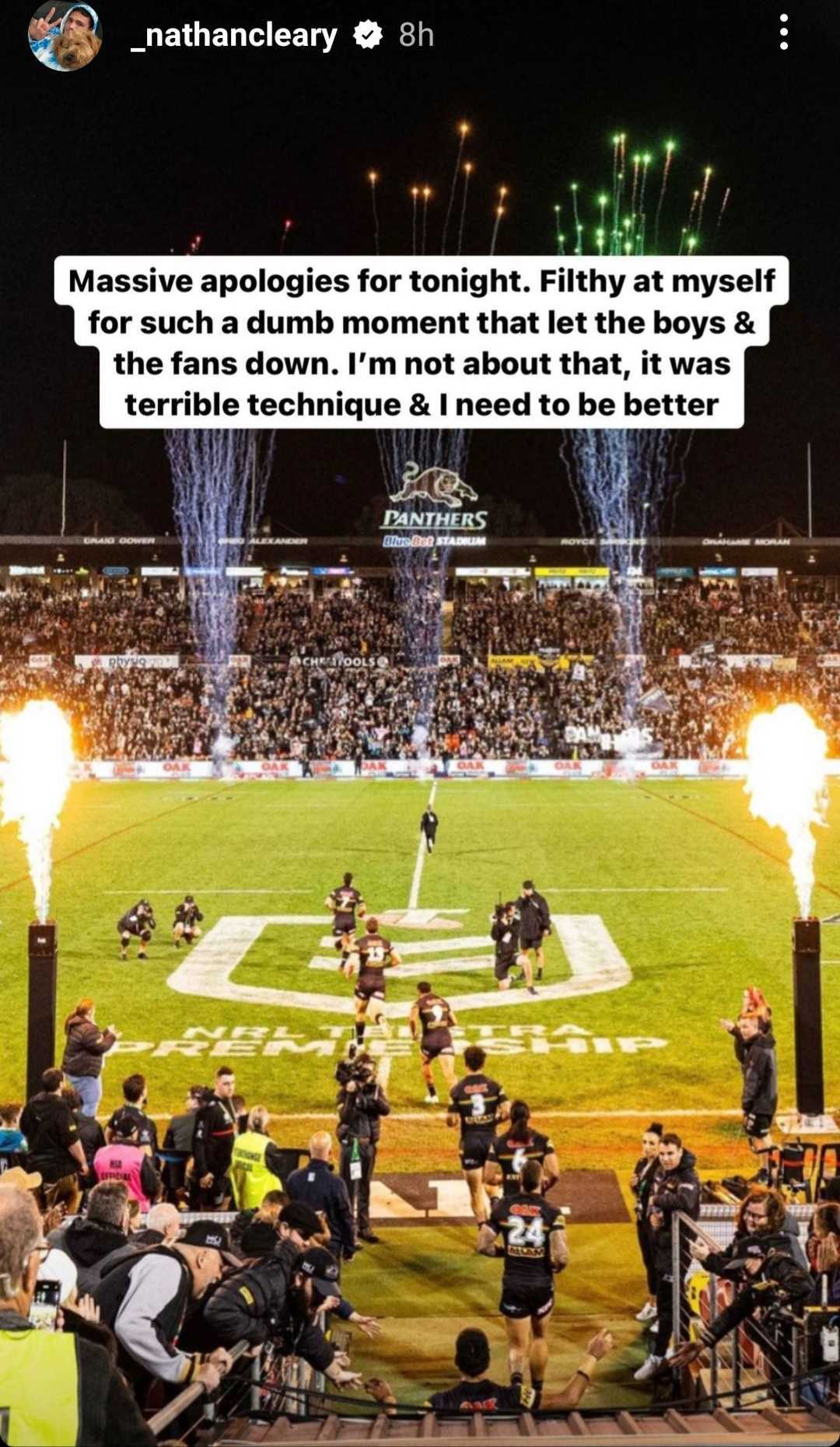 "Massive apologies for tonight. Filthy at myself for such a dumb moment that let the boys and the fans down. I'm not about that, it was terrible technique and I need to be better," Cleary wrote.

The Panthers hold an eight-point lead on the NRL ladder and need only one more victory given their enormous for and against advantage to secure the minor premiership.

They take on the Canberra Raiders, Melbourne Storm, South Sydney Rabbitohs, New Zealand Warriors and North Queensland Cowboys on the run home with Jarome Luai also sidelined as he battles a knee injury.

Cleary will confirm whether he is accepting an early guilty plea or fighting the challenge by midday (AEST) on Sunday.