St George Illawarra Dragons coach Anthony Griffin has credited his team for their spirit, but revealed he wasn't frustrated by the closing moments of Sunday's loss to the Canberra Raiders.

In stark contrast to the last time the Dragons met the Raiders, the Dragons were seemingly wronged by the referee's decision not to blow a penalty for an obvious hold down in the final tackle of the game.

Behind by two points, the Dragons would fail to get a last play the ball in before the siren, instead making an error as the Raiders ran out winners.

The situation was similar to one which created plenty of headlines just weeks ago, when the Raiders were wronged by Ben Hunt holding down a tackle when they were behind by two points as the siren rang in Wollongong.

While Ricky Stuart was left less than impressed on that occasion, Griffin couldn't be drawn for a similar reaction during his post-match press conference.

"No," Griffin said when asked if there was any frustration.

"It was probably a little bit ironic compared to the first game [against the Raiders].

"We just ran out of time. It was a fantastic line break at that time of the game, and the captain [Ben Hunt] did everything he could with the kicking game late in the game to get some field position and put Mat [Feagai] away, but that's the way the world works." 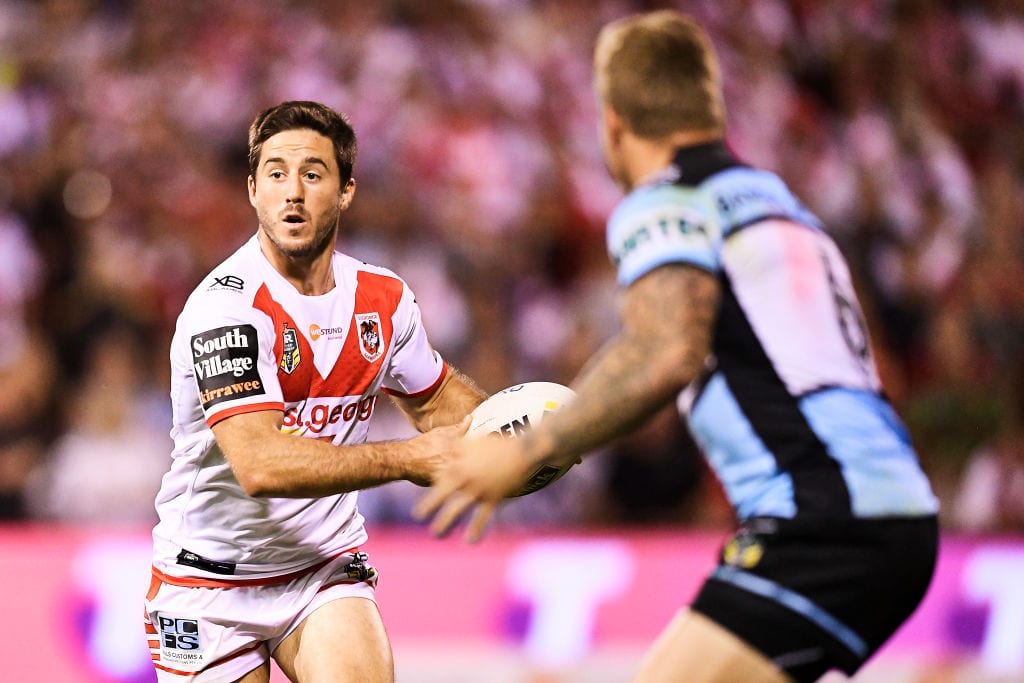 Instead, Griffin credited his team for hanging in a fight they often looked to be on the wrong end of.

"At different times the game was going against us and we had to do most of the defence with our field position in the second half to keep us in that game.

"The last couple of weeks in particular, we have given them points too easily and it was too hard to reel them back in."

The loss confirms the Dragons won't play finals football in 2022, now sitting six points out of the top eight, to go with a for and against differential to the Sydney Roosters of 253 points - something that they won't be able to turn around during the final three weeks of the season despite an easier run to the finish line.

The win for the Raiders keeps them well in the hunt however, sitting just two points behind the Roosters with three weeks to play.