Manly has opened the last case of Covid chaos following the club's decision to allow an unvaccinated and unmasked member of staff within touching distance of their playing roster.

The Daily Telegraph's Phil Rothfield reported on Wednesday that the Sea Eagle's Head of Performance Don Singe had been sighted running a pre-season program despite remaining unvaccinated.

Given Singe's stance is well known to both the northern beaches club and the wider NRL public, Rothfield claimed that it was incongruous as to why the tattooed trainer was allowed past proof of vaccination stops outside of the club's training venue. 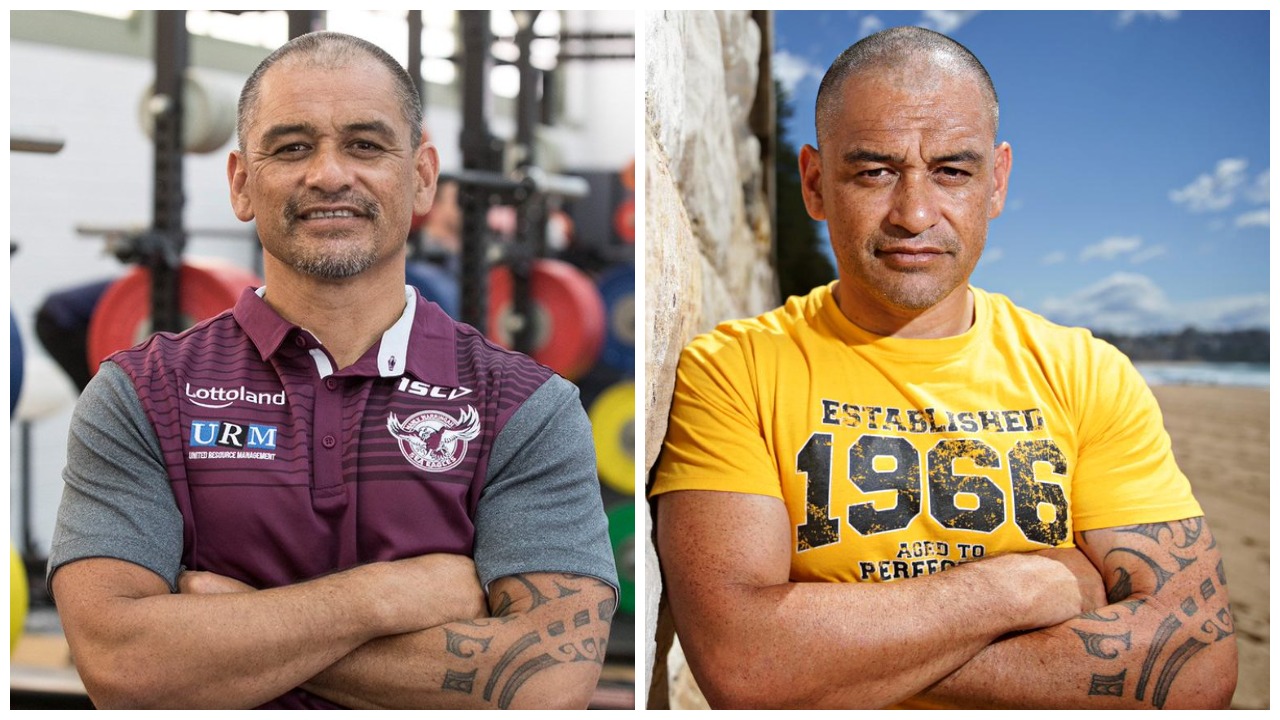 Rothfield also expressed that Manly's allowance for Singe to appear at training was hypocritical as the club had reportedly been "pressuring a number of their high-profile players to get vaccinated in recent months."

Singe's public health position is set to be magnified further due to the fact that Sea Eagles second-rower Josh Aloiai had recently tested positive for Covid-19.

However, it has been expressed that the unvaxxed Singe and the ailing forward had not been in close contact with one another in the recent past.

Although Singe had previously drawn ire for his open stance in opposition to inoculation, Manly boss Stephen Humphreys has claimed that the club hasn't fallen foul of any laws.

“Don is discussing his situation with his GP and our chief medical officer,” Humphreys told Rothfield of Singe's situation.

“It’s under review at the moment is the way I’d describe it.

“I really don’t want to talk about the private health matters of any of my employees.

“It’s not my place to talk about his beliefs.”

Still, when pressed as to why Singe had been able to sidle past Covid stops this week, Humphreys played a straight bat.

“As I told you, we are complying with all NRL and Sydney Academy of Sport requirements and protocols," he replied.

The Chief Executive went on to suggest that his club and its many employees were all towing the party line in regards to public health measures.

“We are definitely adhering to NRL protocols," Humphreys continued.

“Don is getting tested every day and completing all the details on his full whereabouts.

“He’s wearing a mask and not going into shared areas of the facility.”

However, as shown by photos taken by John Grainger earlier this week, Humphreys' final statement has been shown to be untrue.

With the truth lying somewhere between these statements, the RLPA expressed to Rothfield that they were unaware that Singe had been in contact with Des Hasler's playing stocks.

“The club has an obligation to continue to provide a safe and healthy workplace,” RLPA chief Clint Newton said.

“They have to put the right protocols in place that includes daily testing and other biosecurity measures.”

Given the nature of Singe's situation, the NRL Integrity Unit has already expressed that they will be investigating the matter.

It is uncertain what, if any, measures will be meted out, however, if Singe is seen to have wantonly breached protocols, the muscular trainer could be forced away from his duties in places where a double vaccination status remains mandatory.