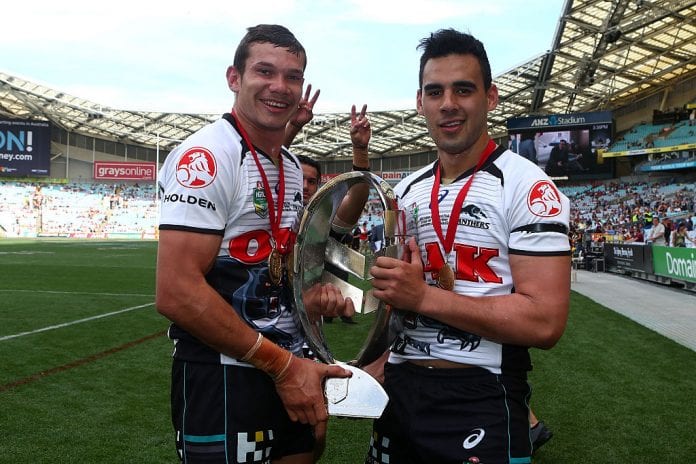 Penrith Panthers are delighted to announce talented youngsters Oliver Clark, Soni Luke, Tyrone May and Dylan Edwards have each signed two-year contract extensions at the club.

The new deals mean the quartet of young guns will represent the Panthers until at least the end of the 2018 season.

Clark, Luke, May and Edwards were all members of the Panthers NYC side which won the 2015 Holden Cup Premiership – the club’s second NYC premiership in the last three years.

"This is exciting for the club to see four of our 2015 premiership-winning NYC players extend their contracts with the Panthers," Executive General Manager Phil Gould AM said.

"These boys now enter a new stage of their development and we are confident they can be NRL players of the future.

"This is just further endorsement of the outstanding development programs that have been established at Panthers over the past four years."