Injured Newcastle Knights second rower Lachlan Fitzgibbon has revealed he will miss "at least a couple of months," after sustaining a knee injury on the weekend.

Sunday's clash against the Wests Tigers saw the Knights run away with a 26 points to 4 victory, falling just five minutes short of holding the Tigers to zero when Ken Maumalo finally crossed for the embattled side's first points.

It was a strong performance from the Knights though, who went two and zero to start the season.

The performance was undoubtedly soured by Fitzgibbon's injury though, with the strong back rower being taken from the field shortly before halftime.

It was feared at the time he had injured his ACL and would miss the remainder of the season, however, that was eventually dispelled.

According to The Newcastle Herald, further scans have revealed a grade three medial tear. It's undecided yet if he will need surgery, however, he is expected to be out for at least eight weeks.

"I pretty much snapped my medial off my tibia in my leg," Fitzgibbon told Triple M radio.

"It's looking like a couple of months, at least.

"It is unfortunate but there's worse things going on around me in the world. This is just another little hiccup.

"It's just the nature of the beast, rugby league."

Fitzgibbon will be replaced this weekend indirectly by the returning Daniel Saifiti, who takes over in the front row alongside brother Jacob, with Mitch Barnett to move back to an edge position alongside Tyson Frizell. 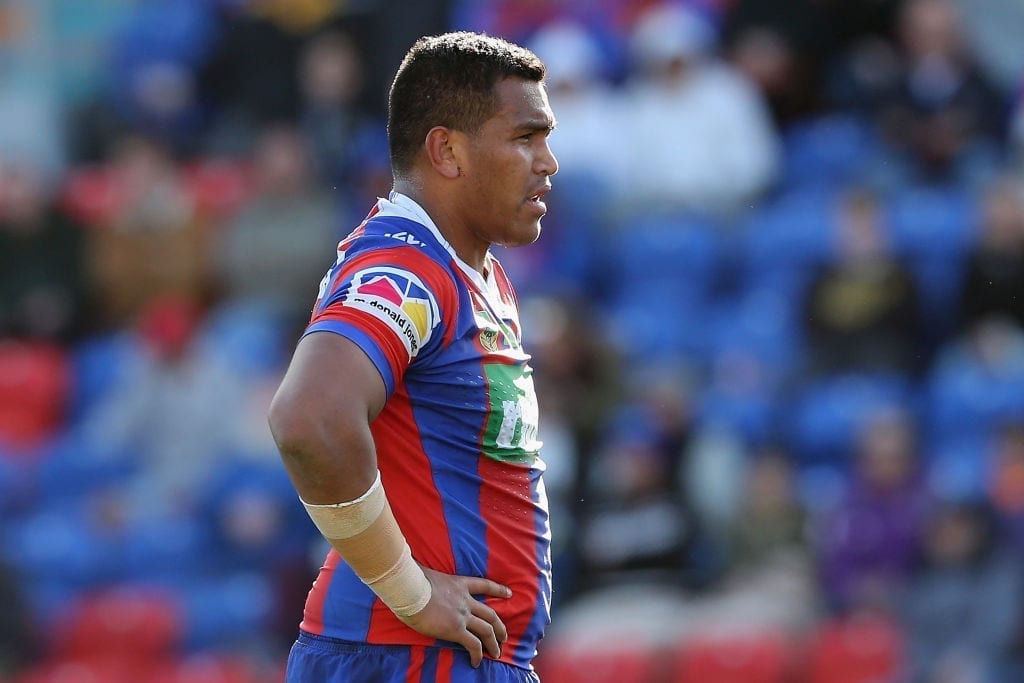 Barnett was a late shift to the front row for the victory over the Tigers following the late withdrawal of David Klemmer.

The enforcer has injured his knee and is expected to miss anywhere between three and six weeks as he recovers from minor surgery, leaving the Saifiti brothers to lead the team up front in the meantime, while young forwards Leo Thompson and Mat Croker have also made an impact from the bench.

The Knights will look to take their start to the season to three and zero as Kalyn Ponga returns from a one-week injury lay off when they face defending premiers the Penrith Panthers on Saturday afternoon in Bathurst.