The first episode of the new Wests Tigers documentary - "Wild Wests" - premiered this evening on Fox Sports and Kayo Sports, and what a treat it was for footy fans.

To be given inside access into the inner workings of a rugby league club is unprecedented, and on this scale, it has never happened before.

While we have had various players or staff members "mic'ed up" previously for certain talk shows, never has a docuseries of this magnitude been produced.

Right from the introduction of the opening episode, you get the feeling that this is something different, something unprecedented in rugby league media.

Whether it's Moses Mbye blatantly staring down the camera and talking about the risk of being dropped, or coach Michael Maguire's rev up in the dressing rooms, this is not your every day NRL viewing.

Mbye's fear of demotion was open, honest and candid, something you don't often see from players, now so heavily media trained. 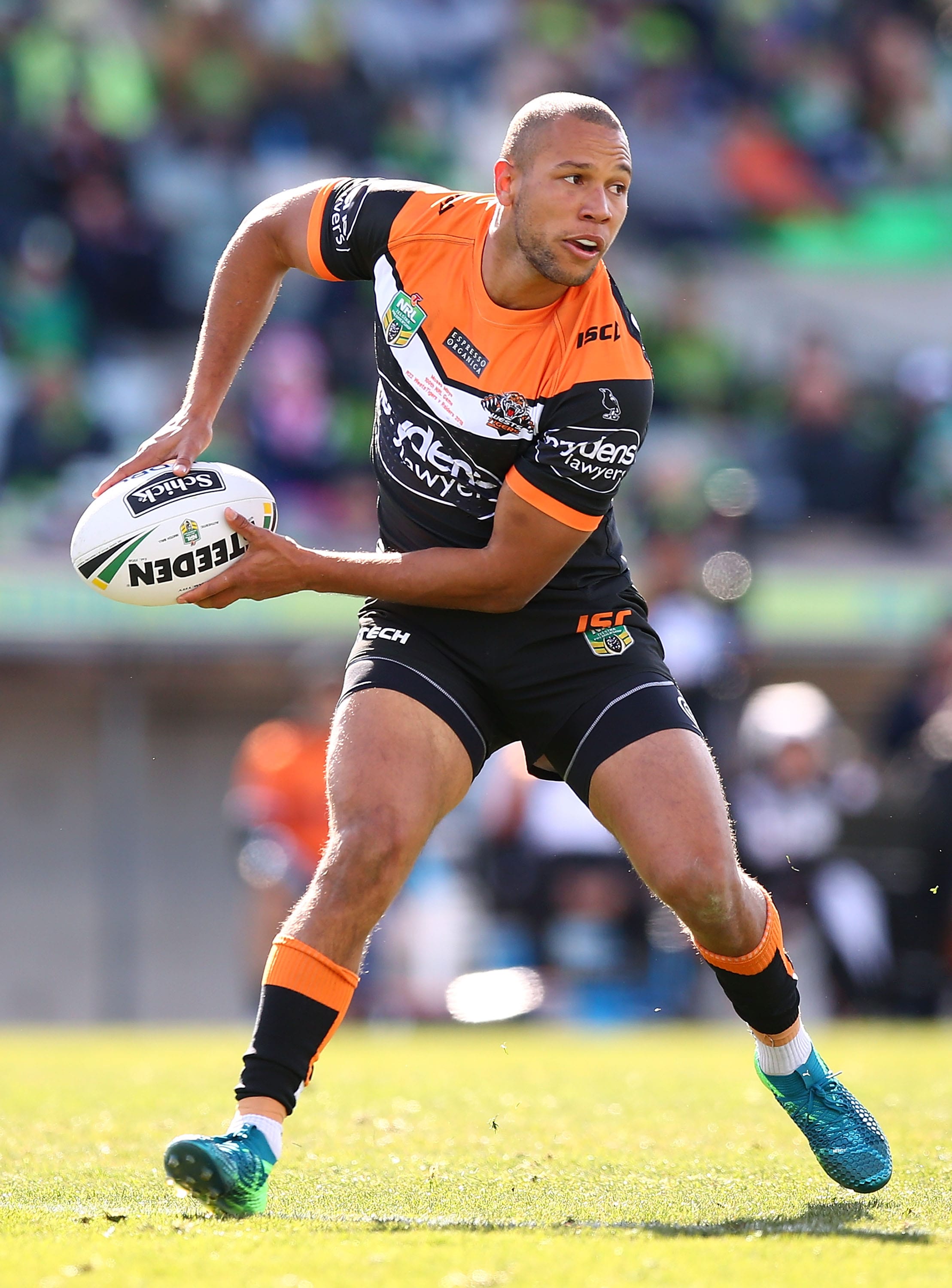 “In the back of your head, you might have come in after a shit game and you’re thinking I might be in reserve grade next week," said Mbye.

Meanwhile, Maguire pulled no punches talking to his team.

“Get your f#$king heads up and start going 'righto, we’ve gotta earn this f#$king right to win the game,'" said Maguire.

While the early part of the episode focuses on the club connecting their families and Maguire's work in learning the needs and wants of his players, it quickly shifts into the opening round of the season, as the Tigers travelled to Canberra for a clash with the Raiders.

"Alright boys, can I get everyone's eyes now?" Maguire asked his team.

"Jimmy (James Tamou) you spoke about the start. That's energy. That's every single one of you boys. We are receiving first. Let's push our way through that line with our support, get to our kick, then we f#$king really lift.

"Charnze Nicoll-Klokstad, we drive him back. Make a statement. Drive him back. Work hard together," said Maguire to his team ahead of the season opener.

Dressing room speeches like this aren't often seen by those outside of a team's inner sanctum, but it gets even more intriguing for viewers as the cameras follow Maguire into the coaches box.

He and his staff ride every emotion, everyplay with the team, before we're given unprecedented access into the halftime and post-game speech as things go from bad to worse for the Tigers.

The halftime address in particular shows Maguire going to each of his players, asking what they felt and how the game was going, before addressing the team as a whole.

The episode also is heavily focused on trainer, Ronnie Palmer, who talks about the strength and conditioning of various players, including Jacob Liddle, who has battled injuries for much of his career.

Postgame, and Maguire's simple message to his team, "don't beat yourselves," kept things short and sweet as many of his players sat with ice packs on various knocks and niggles.

The message continues with Maguire telling his team he would have backed his team to come back from 24-6, had the players had the mindset to do so.

"The Wests Tigers are always in a f#$king game, no matter what time it is," he tells his team.

Things move quickly to the following week against the Roosters, a game the Tigers would go on to lose heavily as the cameras stay with some of the club's biggest fans, before the focus around the third game, a win against the Newcastle Knights, features heavily on CEO Justin Pascoe and the lengths the club go to in making the game day experience a positive one. 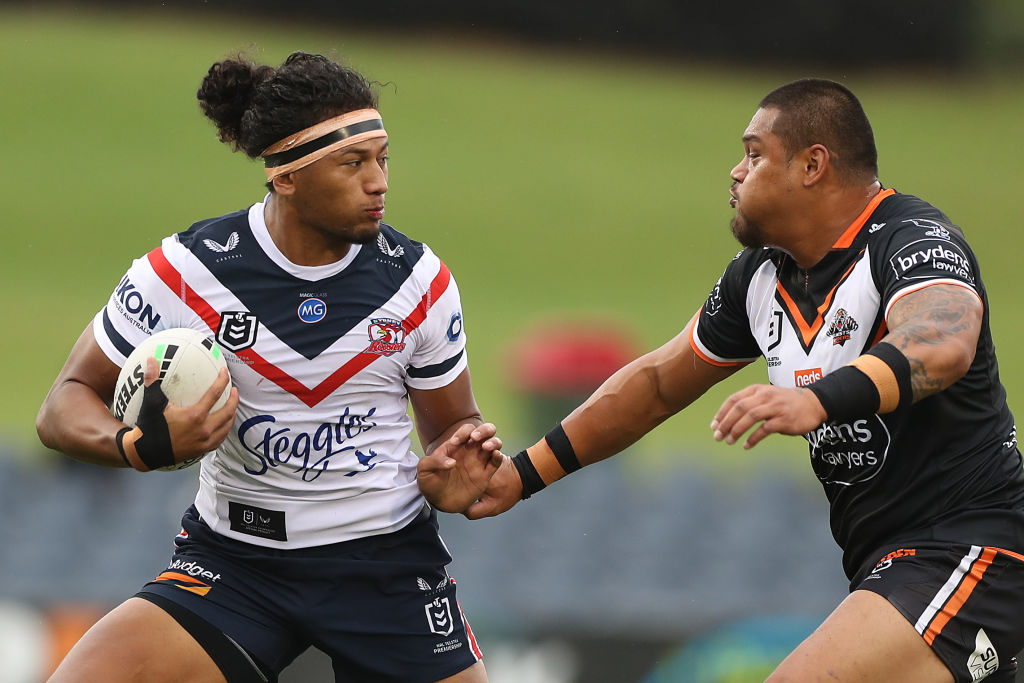 11-year-old Lachlan McShane speaks about how he has never seen the club win a premiership, a sentiment many young fans across multiple clubs could understand, combining the passion and pain of rugby league, with the future of the sport.

Ahead of the Newcastle game, Pascoe runs through changes in the Wests Tigers' match-day experience and changes within the squad before watching his club run past the Newcastle Knights.

"A lot goes into game day. People are getting there at 7 in the morning and leaving at 11 at night. All the punters come in and we get an email on Monday night saying the flags weren't hung up correctly.

"We have a lot of depth in the roster, which we haven't always had in my time. Tommy Talau is a very good replacement for BJ, who has a chance to show what character he is and fight his way back in," Pascoe said.

Moving onto another loss for the Tigers, by the end, Maguire himself had become emotional at the results not matching the effort his team was putting in.

"Hey boys, the first thing I want to say here, is what you're building is right. What you had out there, you had moments at the start of the game that we didn't do what we needed to, which then put us under pressure. But you had that team on the rack, ready to be beaten, and they're a top four team," Maguire said before breaking down.

"I'm a little bit emotional here, because the effort we are putting in is right."

Episode 2 of Wild Wests is set to air on Monday, August 9 at 7:30pm (AEST), while you can watch Episode 1 anytime, anywhere on Kayo Sports.